It’s a brand new year! Don’t you feel like a brand new you? A healthier you? A happier you? A more productive you? I recently saw a picture of one of those digital signs on the interstate. It said, “New Year, New You – Use Your Blinker!” I also saw a cute picture that said, “New Year, New You! I can’t wait to give this meal planning thing a try.” The picture was of several leftover containers, each filled with a slice of pizza. New year, new you…indeed. Sometimes it seems like every December 31, I begin to wonder if I might become someone brand new on January 1 – someone without the foibles, flaws, and struggles of the previous year, or maybe the previous several years. Wouldn’t it be amazing if we could wake up in the new year, and really be totally new people?

If only it worked that way.

This past week, I’ve been poring over the garden seed catalogs that have been coming in the mail. I’ve been dreaming about new plants to try and grow, and about ways I could do things better than I have in the past. Even though I know that gardening season is still months away, I still find myself longing and dreaming and imagining what might be to come. These seed catalogs in the midst of winter have reminded me of the promise in Isaiah 42:9 – “before they spring forth, I tell you of them.”

The winter doldrums have me longing for new things, and even though those new things might seem like they are a long ways away, the days are getting a little longer, the sun is shining a little brighter, and God is reminding us daily that even before new things spring forth, God is already telling us they are coming. God will speak of the hope, point us toward the light, and show us that things are happening – even if below the surface, or still only on the horizon.

Today, while 2017 is still fresh and new, we are celebrating the Sunday of the church year called Baptism of the Lord. On this day, we remember the baptism of Jesus…and our own baptisms. We see Jesus’ identity as God’s beloved son, and we get a glimpse into our own identities as God’s beloved sons and daughters, adopted because of the grace of Jesus. We see in the pouring of the water, in the sharing of the bread and the cup, and in the reading of the Scriptures promise after promise from God that he is making all things new – even us.

Our passage from Isaiah 42 was God’s word of hope to the people who had been taken into exile. When Judah was under attack by Israel, Judah aligned itself with Assyria, eventually becoming a vassal state of Assyria. Though they were spared by aligning with Assyria, this vassal state situation eventually led to the Babylonian exile. The people were oppressed, away from the promised land, and it is into this desperate situation that the word of the Lord came to Isaiah. Isaiah uses some strange metaphors that might not make much sense to us upon a quick reading, but as we further explore what those metaphors mean, we begin to uncover the hope of God’s promises to the people in exile – and to us.

We only have to go back to Isaiah 36 to see one of these metaphors in action. Under the rule of Hezekiah, the people of Judah rebelled against Assyria. They were eventually defeated by Sennacherib’s army, but just prior to that defeat, Sennacherib sent the Rabshakeh to deliver a message. The Rabshakeh told the people: “On whom do you now rely, that you have rebelled against me? See, you are relying on Egypt, that broken reed of a staff, which will pierce the hand of anyone who leans on it. Such is Pharaoh king of Egypt to all who rely on him.” This broken reed, or bruised reed – Egypt – was said to be so fragile and unreliable that it would break and wound you if you leaned upon it. The Cultural Background Study Bible also suggests that there was a well-known saying in Assyria that their king smashed bruised reeds and blew out smoldering wicks.

In this new year, are you feeling like a new you? Or are you maybe feeling a bit like it’s all hopeless? God’s word to the people – and to us – in Isaiah 42 reassures us there are no lost causes. Verses 1-3 say it this way: “Here is my servant, whom I uphold, my chosen, in whom my soul delights; I have put my spirit upon him; he will bring forth justice to the nations. He will not cry or lift up his voice, or make it heard in the street; a bruised reed he will not break, and a dimly burning wick he will not quench; he will faithfully bring forth justice.” The idea of bruised reeds might be lost on those of us who don’t have much experience with reeds. But, I think smoldering wicks are something many of us understand.

Have you ever watched a spark float down onto the ground? On Christmas Eve, after most of the candles in the sanctuary had been blown out, and as people were placing them into the basket by the door, I watched a small speck of flame float down onto the carpet. As soon as it touched the carpet, several of us raced to stamp it out with our feet. That teeny tiny spark held within it a lot of potential, so we snuffed it out as quickly as we could. For the people in exile who felt like smoldering wicks, God promised not to snuff them out. They were valuable to him. God promised to lift up the lowly and oppressed, to bring about mercy and justice. If you are feeling a bit like a smoldering wick, God promises this to you too. You are important to God. The beautiful thing about smoldering wicks is that they only need a breath to fan them into flame. Through the gift of the Holy Spirit, I believe that God is whispering that breath over each and every one of us and inviting us to blaze.

God does not see us as lost causes, and God promises that on this journey as we follow our God, there will be no solo travelers. Verses 5-6 say this: “Thus says God, the Lord, who created the heavens and stretched them out, who spread out the earth and what comes from it, who gives breath to the people upon it and spirit to those who walk in it: I am the Lord, I have called you in righteousness, I have taken you by the hand and kept you.” God takes us by the hand and goes with us. One time, when I was a very new skier, I was skiing down a fairly easy run. I had only recently made it off the ski lift and had started down along the course when I realized that the conditions weren’t very good. The snow must have melted and re-froze, and all along the surface of the snow there was ice. Needless to say, there was no way you could ski slowly.

I tried to navigate the icy conditions as slowly and gingerly as possible. My family was with me, but my dad and brother were ahead of me, and my mom was behind me – everyone far enough away that I felt a little bit like I was all on my own. As I was skiing, my skis caught a bump in the ice and I went tumbling. One ski released and went sliding down the mountain. The other ski did not release as it should have, and I went tumbling down the ice with one ski on and one ski off. When I finally came to a stop, I couldn’t catch my breath. I was disoriented and I thought I was all alone. I wanted to cry, but couldn’t quite make the tears form as I laid there trying to catch my breath and figure out if I was ok. Suddenly, I heard a whirring sound, and then a voice. “Hey, are you ok? Let me help you.”

It was the ski resort’s snowmobile rescue. They loaded me up and took me down the mountain. “I am the Lord, I have called you in righteousness, I have taken you by the hand and kept you.” Through the difficult times – and in the good ones – God promises that we will never walk alone. There are no solo travelers in this journey in God’s kingdom. We travel together, and God promises to take us each by the hand and go with us.

There are no lost causes and no solo travelers in the kingdom of God. And, God is transforming the old you into the new you. God is in the business of making all things new – even us. Verse 9 says, “See, the former things have come to pass, and new things I now declare; before they spring forth, I tell you of them.”

One of my favorite memories from growing up was watching my grandfather fix things. He didn’t believe in throwing things out. Broken things were to be fixed, not replaced. One time that meant sticking a meter stick into the back of the TV and wiggling it so that the color worked correctly on the screen. In today’s world, it is often cheaper to replace things than to repair them. In some ways, that can make the things we have seem less valuable. They are replaceable. They aren’t worth fixing. If you haven’t upgraded it within the last year, it’s now obsolete.

In God’s kingdom, not only are there no lost causes and no solo travelers, God is also working in us to make all things new. We aren’t dispensable in God’s eyes – we are precious, valuable, beloved children of God. Those foibles and flaws are worth working on. God would rather work in us than start over.

It’s a New Year, and even though sometimes I think I’m still just the same old me, I’m eager to see what new things God is going to do – in me, in you, and in the world. 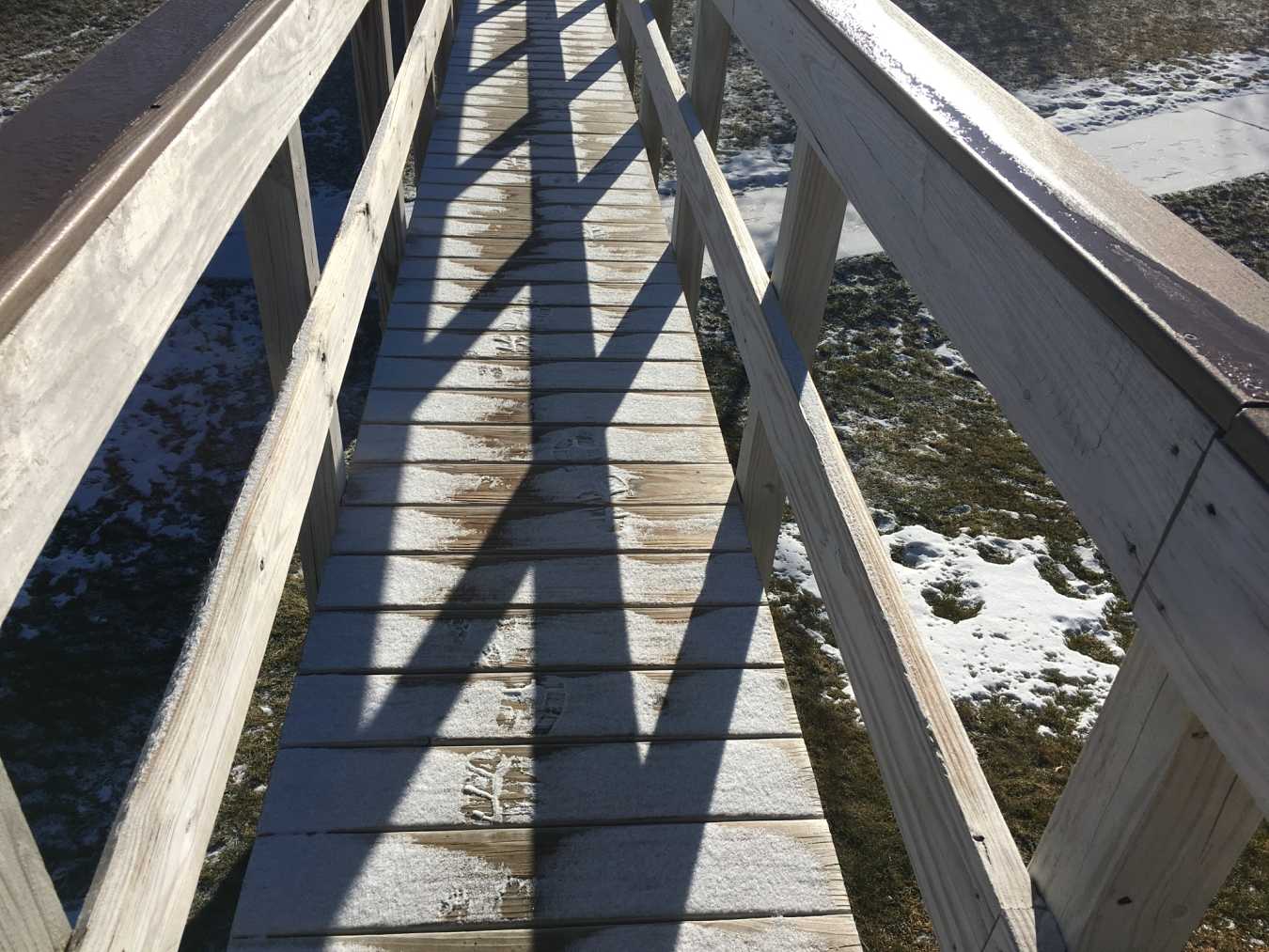