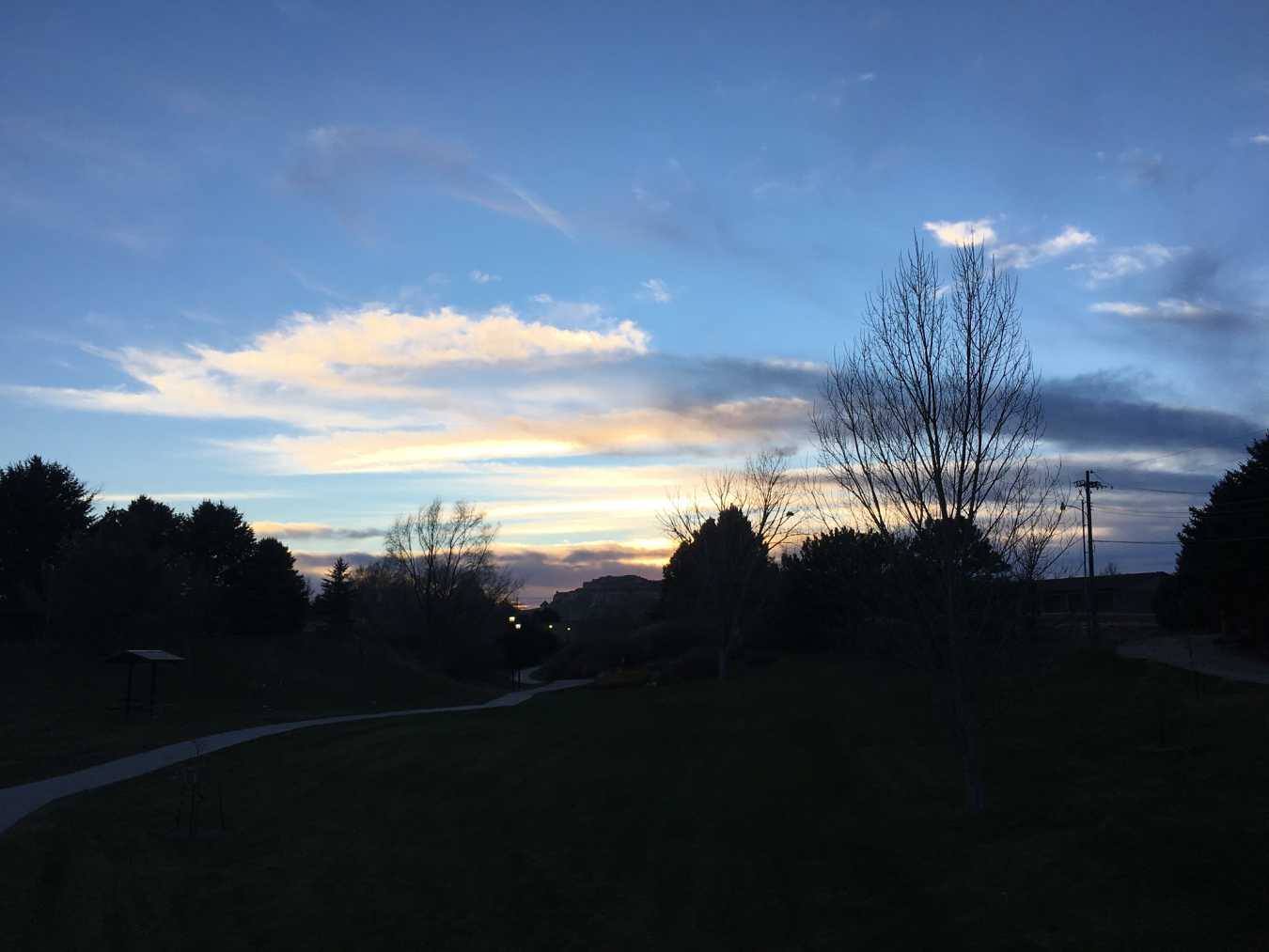 When I was a kid, I was afraid of a lot of things. I was afraid of unfinished basements, being home by myself, and the dark. I slept with a nightlight on, and I would turn on every light in the house (and the television) if I was ever home alone.
I’m sure my anxiety drove my parents crazy because they could see how counterproductive my choices were when I let my fears get the better of me.
One afternoon when I was home by myself after school – I think I was maybe 13 at the time – it started to get dark, and storm clouds were rolling in. The wind made the windows rattle, and I convinced myself that there was someone else in the house. I was so afraid that I went and sat outside.
When my parents got home, my dad asked me what on earth possessed me to sit outside in the dark with lightning in the clouds. I told him that I had heard a noise and thought someone was in the house, so I went outside.
“Don’t you understand it is so much more dangerous to be out here in a lightning storm than it would have been to stay inside with the doors locked?!”
When he said it, I felt ridiculous, and I knew he was right. But, as a thirteen-year-old, I couldn’t let him know that I knew that.
A few years before that, I had been playing across the street in the neighbor’s yard. Her son and I were playing, and all of a sudden he pulled out what looked like a gun to me. The sight of him with a weapon in his hands made me terrified for my life, and so I ran out into the middle of the street, and I was nearly hit by a car.
My mom was standing on the doorstep screaming at me to look up and pay attention. The car slammed on the brakes, and I was fine, but it had been close.
The neighbor boy said, “Why did you run?! It was just a squirt gun!”
And that’s when I realized the neon red and pink stripes, and the very-clearly plastic nozzle on the front of the squirt gun. It was obviously a toy. In my fear of being killed, I almost got myself killed.
Fear has a way of muddling our decision-making abilities. When we’re afraid, we act impulsively and defensively. As fear increases, and our rational abilities decrease, there’s a very real concern that in our fear, we will actually contribute to our worst fears becoming reality. Fear has the potential to be a catalyst either for meaningful change, or for self-fulfilling prophesies. But, when we are in the grips of fear, we may not be able to clearly see what kinds of actions we are taking – helpful or destructive ones.
When fear overwhelms, and we have lost the ability to recognize the kinds of decisions we are making, it can be tremendously difficult to figure out what to do next. The fear seems real, rational, and warranted, and until we can get outside of that fear, we can’t be certain that what we’re doing will be what we had truly wanted to accomplish.
1. We need to unplug from the source of fear. What’s increasing the intensity of our fear: reading certain websites, the people we are spending time with, the news stations we watch? If you know that Googling your problem only increases your anxiety, stop Googling the problem. Until we unplug from whatever is feeding our fears, we can’t begin to rise above it.
2. We need to find people who don’t reinforce our fears. Sometimes these people make us angry. We’re afraid, and they are not, which can make us feel defensive. But, until we attempt to see things from the perspective of someone who is not bound up by fear, it can be nearly impossible to determine whether our fears are warranted or unhelpful.
3. Allow space for creativity and life-giving things. Creative activities actually stop the fight-or-flight response of anxiety and fear because the brain can only focus on one thing at a time. If the anxiety and fear are debilitating, a doctor or counselor is a necessary first step. But, engaging in creativity can help bring down our fears, and help us to begin creative problem-solving. This is one reason among many that I love to crochet.
In this world, there are so many scary things. And there are so many beautiful things. It can be overwhelming and hard to sift through it all. Frederick Buechner said it so simply, and so profoundly: “Here is the world. Beautiful and terrible things will happen. Don’t be afraid.”
May God give us the courage to face the world with the eagerness to look for the beautiful even when the terrible is what is easiest to see.