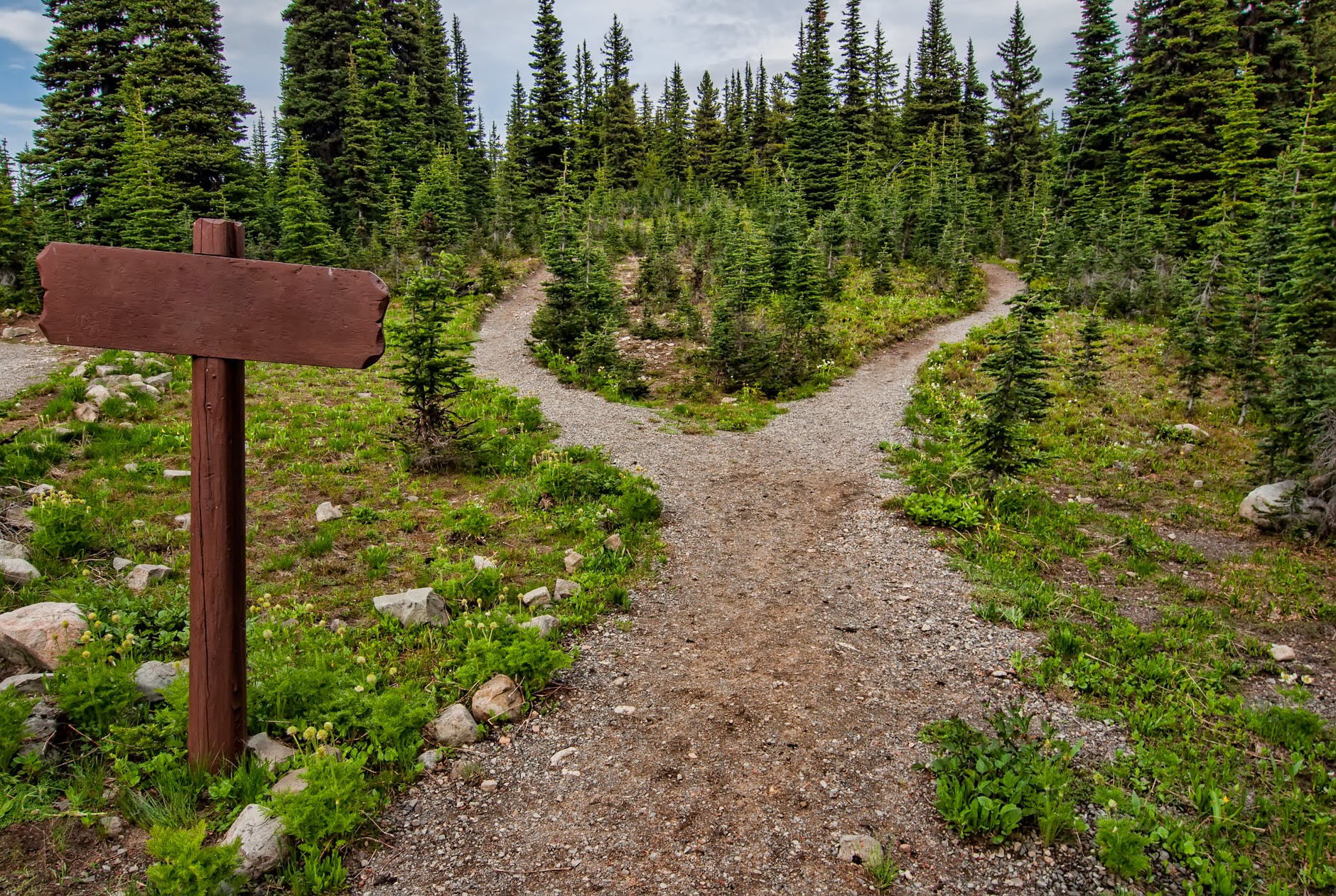 Fill My Cup, Lord – the Story of Bartimaeus

Have you ever read a story from the Bible and got stuck asking questions that you weren’t sure could be answered? I have found myself stuck in a question-asking circle for the last couple of weeks with the story of Bartimaeus. The two questions I have been wondering on repeat are: 1) Why did Mark make sure we learned the name of this blind man who was in search of healing? and 2) Where was Bartimaeus’ family while this was happening? The reason I got stuck on the first question about the man’s name is because it is very uncommon for the people who ask Jesus for healing to be given a name in the New Testament. This little detail seemed important enough that Mark—a Gospel writer who uses very few details—chooses to include it as he retold the story. But, why?

Bartimaeus, the blind man who called out to Jesus just outside of Jericho, was named after his father Timaeus. “Bar” means “son of.” “Bartimaeus” means “the son of Timaeus.” But, what does “Timaeus” mean? In all the digging I’ve done, I’ve found two possible meanings. Some have suggested that the name came from an Aramaic word that means “unclean” or “defiled.” In that case, Bartimaeus might mean “son of the defiled” or “son of the unclean.” This makes sense when you consider that in the time of Jesus, blindness (and other physical conditions) were often thought to be the result of someone’s sin. Remember in John 9 Jesus encountered a man born blind, and all of the authorities wanted to know, “Who sinned, the blind man or his parents?” They wanted to know whose fault the man’s blindness was. It makes sense that people made similar assumptions about Bartimaeus. Perhaps they thought his father had sinned, which would make Bartimaeus the son of an unclean father.

However, it’s also possible that Bartimaeus’s name is related to a Greek word that means “highly prized” or “honored.” If that’s the root of his name, his name would mean, “son of the highly prized.” That’s quite a difference in meanings, isn’t it? In either case, I have been asking myself over and over why Mark included this man’s name. What’s the significance of his name to the story?

The second question I have kicked around is, “Where was Bartimaeus’s family?” He had a father who was known to the community—at least known enough that Mark includes his name. I wondered why no one was taking care of this man. Why was he outside of Jericho begging? Or, was it possible that his father had been in the same position in his life? And maybe Timaeus’s father, too? These two questions have had me wondering. It’s good to ask questions like these, to wonder at the smallest of details, and to ask questions that the text isn’t answering. It helps bring the stories to life as we read.

This week, we are continuing our “Fill My Cup, Lord” reverse stewardship campaign. This series is about searching the Scriptures and asking God to fill our empty cups. Over the last two weeks in this series, we have learned about finding our worth in God and about learning to rest in God’s power. This week, as we seek to be filled to overflowing, we are focusing on this prayer: “Help me turn my eyes upon God.” We are asking God to lift our focus out of the distractions, and give us the clarity and the wisdom to look to Jesus—the one who promises to guide us along the way.

I know pastors are notorious for giving sermons with three points, a poem, and a prayer, and I try to avoid that convention for that reason. But, the story of Bartimaeus and the healing Jesus gave him breaks down really nicely into three parts, which can hopefully help us remember to turn our eyes upon God. I’ll spare you the poem, but probably not the prayer.

First, Bartimaeus recognized his need. Second, Bartimaeus responded to the call of Jesus. And third, Bartimaeus knew what to ask for. These three things can help us as we seek to push our distractions away and refocus on God. They aren’t a magic formula or a foolproof plan, but as we seek to lift our focus out of the doldrums and chaos in front of us, these three movements of the story are worth our consideration.

First, Bartimaeus recognized his need. Bartimaeus was sitting outside of the city of Jericho. The text tells us he was a beggar, so I imagine he was outside the city asking for help or alms. As he was doing what he did every day, he heard a large crowd of people coming, and he heard that Jesus was with them. Bartimaeus could have continued what he was doing. He could’ve reached out to each person that passed him by and asked them to help him. But, when he heard that Jesus was there with the crowd, he shifted course. He started shouting out, “Jesus, Son of David, have mercy on me!” Bartimaeus realizes his need, and he recognizes Jesus as the only one who can meet it.

Matt Skinner, professor of New Testament at Luther Seminary in St. Paul, adds this insight to our story from Mark: “[Bartimaeus] grasps who Jesus is. No one else so far in Mark has been able to perceive so much about Jesus from so little data.” Bartimaeus is the first person to call Jesus “Son of David.” [1]

Bartimaeus saw his own need. He stopped what he was doing and he cried out to Jesus. That was no small task. I can’t tell you how many times I’ve ignored my own needs, or doubled down on what I was doing because I didn’t want to ask for help or change course. I wonder if Bartimaeus had a lot of time to think as he sat outside of Jericho. I wonder if he dug deep inside of himself and asked himself what he needed most. Sure, he asked for healing, and wouldn’t all of us if we could? But, after he was healed, he followed Jesus. It wasn’t just about regaining his sight; it was about changing course in his life.

In a beautiful book by Charlie Mackesy called The Boy, the Mole, the Fox and the Horse, there’s a page that shows a young boy and a mole staring into the water. As they gaze at their reflections, a quote written on the page says, “Isn’t it odd. We can only see our outsides, but nearly everything happens on the inside.” Isn’t that the truth? Bartimaeus was a man who knew his deep need because he was willing to dig deep inside and discover what was most important. The story of Bartimaeus urges us to do the same. What is it that we really need? How might we make space to ask ourselves that question and discover the answer?

Mark tells the story this way, “[The crowd] called the blind man saying to him, ‘Take heart; get up, he is calling you.’ So throwing off his cloak, he sprang up and came to Jesus.” I am reminded of when Peter was so excited to see Jesus that he threw on his outer cloak and jumped into the water to meet Jesus. It may be reading too much into the story, but I see Bartimaeus throwing off his cloak and his old life when he encountered Jesus. He left behind his position outside the city and was caught up in the movement with Jesus.

Even if we don’t know exactly what Jesus is calling us to do, we do know what Jesus is calling us to be: people who respond to his call and follow him. We may not know where the road will lead, but we know who is leading us along the way. Are we following Jesus? Have our lives changed because we met Jesus? Bartimaeus had no way of knowing where the road would lead, but he did know he wanted Jesus to be the one teaching and leading him along the way. Back when I was in high school, everyone from my youth group wore a W.W.J.D. bracelet to remind ourselves to ask “What would Jesus do?” before we took action. We may not be wearing those bracelets today, but it’s still a good question to ask. We have no way of knowing what obstacles we might face in life, but we can take good, faithful steps as we respond to God’s call every day.

Bartimaeus recognized his need, followed Jesus’ call, and he knew what to ask for. Jesus asked Bartimaeus the exact same question he asked his two disciples that wanted to sit at his right and left hand. He asked, “What do you want me to do for you?” The two disciples asked for power – to be at Jesus’ right and left hand in his glory. Bartimaeus asked differently. He said, “My teacher, let me see again.” He wanted his sight, and he wanted Jesus to be his teacher. What a different kind of ask than what the disciples had asked for just one story before!