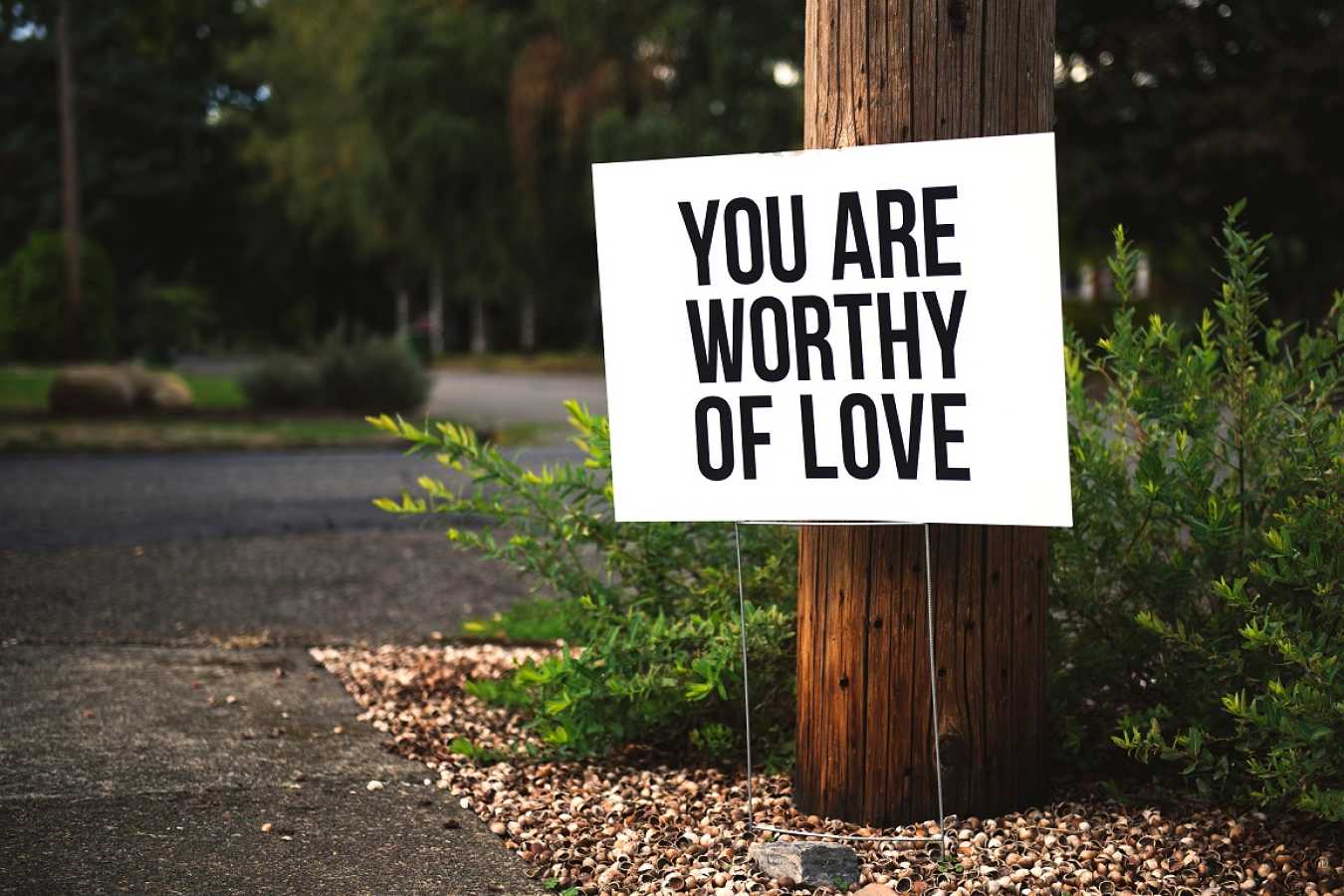 Philemon is a little book, only 25 short verses in length, but don’t let its small size fool you. This little book, a letter from Paul to Philemon, Apphia, and Archippus, along with their church, has been used in powerful ways, and not always for the good. In a Time magazine article called “How Christian Slaveholders Used the Bible to Justify Slavery,” Noel Rae noted, “The rest of the Old Testament was often mined by pro-slavery polemicists for examples proving that slavery was common among the Israelites. The New Testament was largely ignored, except in the negative sense of pointing out that nowhere did Jesus condemn slavery, although the story of Philemon, the runaway who St. Paul returned to his master, was often quoted.”[1] This letter, which is about a runaway slave returning to the slave owner, was used to claim that the Bible was in support of slavery.

Could that really be what this book is all about?

Strangely enough, this book that was used to by those seeking to give biblical support for slavery was also used by abolitionists to show that the Bible did not condone slavery. This letter, as it says in the introduction to Philemon in the New Oxford Annotated Bible, “has played a role in the history of Christian social ethics disproportionate to its size.” In other words, though this book is small, it has been used in powerful ways – both for good, and for ill.

What’s really amazing is that this letter was preserved at all, and that it has found its place in the Bible. The letter is, in some ways, a personal business letter between Paul and Philemon (along with everyone else Paul CC’ed into the letter) concerning Onesimus, Philemon’s slave who has become a Christian while with Paul during Paul’s imprisonment. Slavery was extraordinarily common in New Testament times. Greg Carey, professor of New Testament at Lancaster Theological Seminary, writes this: “Slaves were ubiquitous in the ancient world.  Imagine ancient Rome, where slaves made up between one-third and one-half of the inhabitants — perhaps half a million people!”[2] In a day and age when slavery was so common, why is it that this little letter of Paul was preserved at all?

Not to use too much of a Sunday School answer, but I believe the reason this letter was preserved and eventually placed in our Bibles is because God wanted it to be there. Within these short verses, there was something here that God wanted us to know.

In order to understand this letter, we have to try and reconstruct some of the backstory. Onesimus had been a slave, perhaps of Philemon’s since Philemon’s name is mentioned first in the letter. Something happened, and Onesimus left Philemon and ended up with Paul. While we do not know for certain what happened, I believe that Onesimus had either done something that cost Philemon money or had at the very least made Philemon question whether Onesimus was worth keeping around, and this led Onesimus to flee. We get hints of this in verse 11, “Formerly he [Onesimus] was useless to you, but now he is indeed useful both to you and to me.” The name Onesimus actually means “useful,” and Paul plays off of that here. But rather than using the same word for useful, he chooses a word that could also be translated as “profitable.” Previously, Onesimus had been profitless or worthless to Philemon. But, presently, with Paul, Onesimus – the one whose name already meant useful – is valuable.

I wonder if Philemon had called Onesimus useless or worthless. I wonder if something had happened between them that caused Onesimus to find all the courage he could muster and run away. We may never know for certain. But, as Onesimus carried this letter to Philemon, he would have had the words of the Apostle Paul right in front of him reminding him that he was useful to God. Paul does this profound and interesting wordplay in verse 11. Verse 11 says this: “Formerly he was useless to you, but now he is indeed useful both to you and to me.” Robert Seesengood, professor at Albright College, points out that Paul says Onesimus used to be useless or profitless. The word there is achrestos – a meaning “without” and chrestos meaning use or good. Can you hear the similarity there between chrestos – “good” – and christos – “Christ?”[3]  Previously, Onesimus had been viewed as useless, but in Christ Onesimus is valuable. According to society, and rank, and privilege, and social class, Onesimus was not viewed as a person with very much value. But, to God, he was valuable and beloved. In the economy of this world, some are valued and others are discarded. In God’s economy, every person is valuable.

We could talk about many things from the small, but mighty book – like sister Apphia, who very likely held a position of leadership in the church. Or, about Paul’s desire for Philemon to do the right thing, not because he was forced to, but because it was the right thing to do. But, for the sake of our time this morning, I want to talk about two things. The first one is rather brief.

First, the book of Philemon should never, ever be used to justify the subjugation of one person to another. The same Paul who wrote this letter, also wrote in the book of Romans, “God shows no partiality” and in the book of Galatians, “There is no longer Jew or Greek, there is no longer slave or free, there is no longer male and female; for all of you are one in Christ Jesus.” And ultimately, I believe that Philemon freed Onesimus, which was Paul’s real request, though it is never stated explicitly. I think that’s one reason this letter was preserved. Would Philemon have saved this letter had Paul’s request angered him and if he had chosen not to do what Paul wanted him to do? I think that’s unlikely. We also get a clue about what may have happened between Philemon and Onesimus in the book of Colossians. In chapter 4, we read this, “Tychicus will tell you all the news about me; he is a beloved brother, a faithful minister, and a fellow servant in the Lord. I have sent him to you for this very purpose, so that you may know how we are and that he may encourage your hearts; he is coming with Onesimus, the faithful and beloved brother, who is one of you. They will tell you about everything here.” It is very likely that this is the same Onesimus who had gone back to Philemon and was freed. And now, in the book of Colossians, we see Onesimus as the faithful and beloved brother bringing news to the church on Paul’s behalf.

Second, you are valuable to God. Regardless of what job you have, what family you come from, or what anyone might have ever said to you or about you, you matter to God. This world might call you useless. This world might see you as worth only whatever work you do. This world might judge you, or ridicule you, or see you as worthless, but you are so worth it to God. God loved us so much that God sent Jesus into this world so that we might know of God’s love. God loved us so much that God spared nothing – not even his own Son – because how could we know God’s love unless Jesus walked among us, ate with us, taught us, forgave us, and showed us who God is? Every step of that journey back to Philemon, Onesimus was carrying a letter that called him valuable. That letter from Paul served as a reminder to Onesimus that he was worthwhile, he was important, he had value and meaning apart from the value the world had given him. He was valuable, a beloved child of God, and a son of Paul in the faith.

In God’s economy, every single person matters. Every single person is valuable and worthwhile. From the very smallest to the very oldest, each person is beloved by God. We gather in this place to worship, to give glory, honor, and praise to God. And we also gather here to be reminded of who we are, and who we are called to be. We gather here because we need to remember that we are beloved children of God who have been sent out with a mission to offer love, grace, care, and kindness to every single beloved person we encounter in this world. We are beloved children of God who have been fed and nourished here so that we might go out and feed and nourish the world. Perhaps, like Onesimus, you need a reminder. Write it down somewhere. Put it where you’ll see it. You matter to God. You are beloved. And you are called to make sure the people around you know that they are beloved, too.

Can you imagine what this world would be like if we all did that? We might just get a little taste of “thy kingdom come, thy will be done, on earth as it is in heaven.”