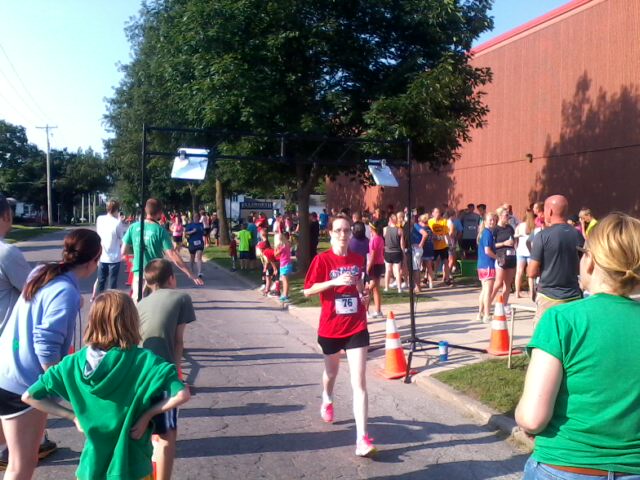 Reasons Why I Run

Ask someone how they feel about running, and you’ll likely get a passionate response. Most of the time, I hear people say, “If you see me running, it is because something scary is chasing me!” But, when you meet a runner, you hear some very strange, and interesting responses. Before I took up running in April 2012, I thought I hated running. I was always the very last person to finish running the mile in gym class. I had no endurance. I always ended up with side cramps. Running made my heart beat so hard that it took my breath away.
In March 2012, after almost three years of tests and biopsies, I had half of my thyroid removed, along with the giant mass that had taken it over. Once the surgery was over, and once I heard the good news that the mass was benign, I realized that I needed to start taking better care of myself. I tried to come up with an exercise routine that I could stick with, but I was very uncommitted. Then, in April 2012, I saw a 5K race advertised for that coming July. It was going to be held in the small town where I live, and it was being put on by several people that I wanted to support. So, I signed up. I spent the next 10 weeks running at least three times a week. My first running day was completely terrible, but I had paid the money and made a commitment, so I stuck with it.
I ran every step of my first 5K, and when I finished, I felt fantastic. My husband captured this moment as I crossed the finish line of that first race. 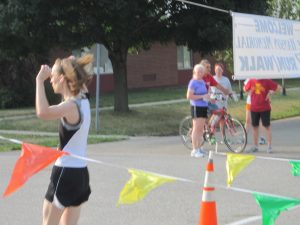 So…why do I run?
1. I once heard someone say that a woman’s brain is like a plate of spaghetti — a big mass of intertwined thoughts. It is nearly impossible to tell where one thought ends and the next thoughts begins. The same person described a man’s brain like a waffle. There are lots of thoughts, but there are also pockets of nothingness, a place where men can go and unwind, shut off, or simply not think for a little while. I never understood this analogy until I started running. I’m the type of person who never stops thinking. I think even when I sleep, and I wake up every morning already in the middle of all kinds of thoughts and wonderings. I have never had a place of nothingness, not even when I pray.
When I run, I find that place of nothingness. Sometimes it takes until I have passed the two mile mark, but eventually I find a place where my thoughts aren’t wrestling, striving, and competing.
As someone who has never been able to turn off my brain, that place of nothingness is reason enough for me to run.
2. Running has increased my self-confidence. I’m no longer a wimp; I’m a runner. I may not be a fast runner (read: I usually run 12 minute miles), and I may not be a marathon runner, but I set goals for myself and I meet them. I am a perfectionist by nature, and for many years, I have struggled not to find my self-worth in my academic achievement.
When I run, I can’t find my joy and satisfaction in finishing first because I probably never will. I find my satisfaction in following the path, in sticking with it, and in finishing.
And, I am finding that it is beginning to have an impact on the rest of my life, too. There’s greater joy in the journey because I’m not measuring my self-worth in my result. And, as an added benefit, I have had many more positive clothing shopping experiences. Buying clothing is less of a terrible experience when you have features that you are actually happy about. Recently, I bought a skirt for a wedding, and I didn’t hate my legs. Feeling good about your health means feeling better about yourself.
3. Vigorous exercise has some amazing health benefits. Scientific studies have linked vigorous exercise to balanced hormones, decreased risk of certain cancers (especially breast cancer), to better quality of sleep, to lowered blood pressure, and all kinds of other things. There are also some unexpected health benefits like glowing skin, sharper memory, stronger core muscles (which often makes for a stronger back), and healthier immune system.
Though many of my friends have successfully achieved their weight loss goals through running, I have actually achieved my weight gain goals!
As someone who has been underweight since elementary school, I have tried everything to gain weight. What has made the difference is a regular exercise routine, and higher protein consumption that has contributed to increased muscle weight. I have actually gained 13 pounds in the past 18 months.
4. When you run outdoors, you get to experience all kinds of things you would otherwise miss. I have encountered raccoons in the middle of the morning (and I quickly got away from them…). I have jogged through a quarry. I’ve  seen sunrises and sunsets I would have missed otherwise. I have found parks and trails I wouldn’t have known about if I wasn’t looking for places to run. I ran through a beautiful wooded area that was filled with trees changing colors in the autumn. I have seen brightly colored birds. I have found myself lost in the beauty of the natural world.
I run because I get to see places like these: 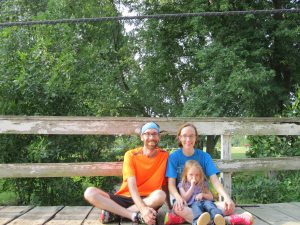 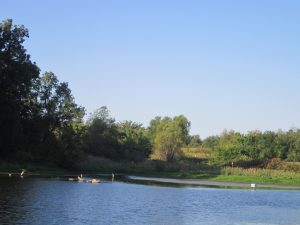 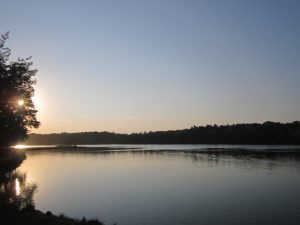 5. Before I started running, I didn’t really feel like I had many connections to people in my community.  As a pastor, I spend a lot of time with people, but usually I’m functioning in a ministry capacity of some kind. I have felt a longing for friendship and relationships for a long time, but (as lame as this sounds) I wasn’t really sure where to look for friends in such a small community where I function in a very prominent capacity.
When I started running, I discovered a whole community of people who run, and they are the most encouraging, uplifting, and fun people around.
This crazy thing happens when I hang out with other runners: no matter what the background of the person I’m talking to, we are able to relate to each other around running. We compare running shoes, give tips for how to get through shin splints, share battle scars, tell funny running stories, and we build each other up. Very occasionally you meet a runner who is all about winning, has no time for the slow pokes, and isn’t personable at all. But the vast majority of runners I have met are great people, full of integrity, encouragement, and care for other people.
I’ve met a lot of new people, and made some friends through running, but I’ve also improved my relationship with my spouse. My husband and I work together. We raise kids together. We are constantly dividing and conquering, relying on each other to finish tasks, and trying hard not to bring our work into the conversation when we are spending time with each other and with our kids.
Running has given us something we can do together and apart, and something we look forward to when we have kid-free moments 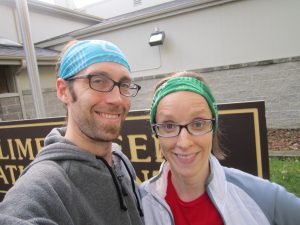 How strange. We chose to train together three times a week for a crazy, 5-mile trail run, and then got a babysitter so we could run together. Pretty sweet date, right there.
6. Stress. Everyone’s got it. Everyone needs to learn how to deal with it. I usually deal with it by internalizing it, which isn’t the greatest method.
When I run, I physically and mentally let go of the stress. The only thing to worry about is putting one foot in front of the other.
Running gives me time to let my mind process big decisions without having to stress out about them. It gives me time to decompress so that I’m better able to handle stressful situations. And, I think it has even started to train me to respond to stressful situations better in the moment, too.
7. Food. I love it. I love to eat it. I love cooking, baking, and I’ve got a wicked sweet tooth.
I run so that I can eat. 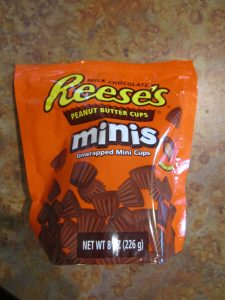 That’s right. I run so that I feel a lot less guilty when I have a day where I just have to splurge and eat the rest of the bag of Reese’s peanut butter cup minis. I want to be able to go to a restaurant now and then and not worry that I’m blowing it. Most of the time, when I work out I start craving healthier foods, so I think I am eating healthier overall. But, I most definitely run so that I feel less guilty about splurging now and then.
7. Miscellaneous reasons to run: some race events have pretty sweet shirts and swag, every now and then you get a personal record and feel really great about yourself for the rest of the day (or longer), races give you a fun reason to get up early on a Saturday morning, it models healthy living for your kids and friends/family, and every once in a while you might get one of these: 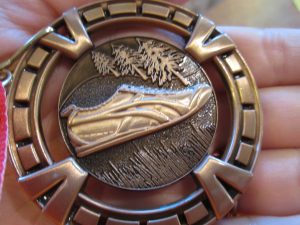 I can’t believe I actually got a medal. Granted, I was third place out of three people in my age group (finished my 5-mile trail run in 60:37), but I still feel amazingly accomplished! Ha!
So…did I persuade you to run? Runners, did I leave out some of your reasons to run? Leave a comment and let me know what you think.