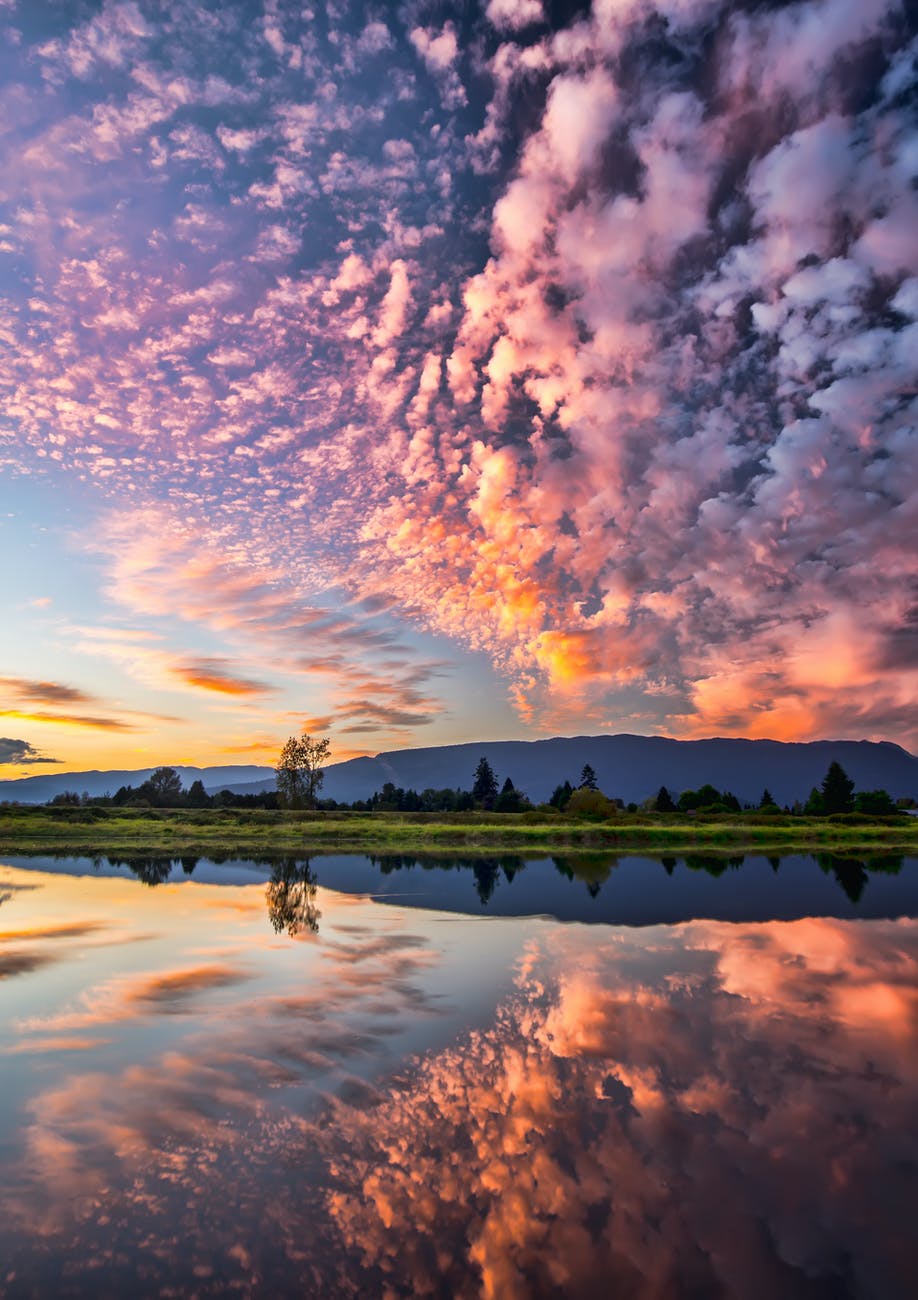 A year ago, as Covid-19 was shutting down cities and businesses, and as Italy’s healthcare system was crushed under the burden of a surge of patients in need of care, Italians joined their voices together and sang. Their voices reverberated up and down the streets as they united together in the one way they could while still in their own homes – by singing with their apartment windows wide open. I remember watching those videos a year ago and being moved to tears by the way the human spirit seemed to triumph over impossible circumstances. They were, as the apostle Paul wrote in 2 Corinthians 4, “afflicted in every way, but not crushed; perplexed, but not driven to despair; persecuted, but not forsaken; struck down, but not destroyed.” Their hope and courage inspired me.

I think what captivated me the most was that these Italian people found the courage to remain open to beautiful things even in the midst of the ugliness of this broken world. Life tried to crush them, but they not only withstood – they sang.

Almost a year later, I am still inspired by the way the people sang. I remain inspired by the way people have found ways to overcome, to unite with each other, to accomplish more than what seemed humanly possible under the most difficult of circumstances. And, you’ve all done it, too. I look around me and I see people who have gone through more than any of us ever thought possible. Yet, I also see people who haven’t stopped laughing, who have reached out and helped others in so many ways, who have refused to be crushed by soul-crushing circumstances. I’m inspired by all of you.

But, let’s get real. All that overcoming is exhausting. None of us expected 2020 to be derailed by a global pandemic. None of us could have foreseen that it would be the better part of a year before things would even remotely resemble normal — and in many ways, things still aren’t quite the same. We got creative when we had to. We pushed through when things were tough. We kept setting small, attainable goals and looked forward to little benchmarks and bits of excitement. We triumphed.

Now here, over a year later, what’s next?

For the next few weeks, as the lectionary leads us through the book of Acts, we will be asking “Now what?” along with the early church. The disciples followed Jesus for the three years of his ministry on earth. They believed he was going to overthrow Rome and that a new kingdom on earth was beginning. They saw signs and miracles. They watched in amazement as Jesus brought them through every difficulty. But, when he was crucified, all of their hopes and dreams were crushed. And when Jesus was raised from the dead, they were overjoyed and then saddened all over again when he ascended into heaven.

The book of Acts is sometimes called The Acts of the Apostles because in this book we see how the Apostles and the new believers in Christ respond in faith in a world that is hostile to the Gospel. Each chapter and story gives us insight into the obstacles the early church faced and the way they overcame through the power of the Spirit. Today, as we are one year out from a pandemic that shook everything we took for granted, we are invited to ask along with the early church – Now what? What is the Spirit calling us to do now?

Today, let’s look closer at the story of Philip and the Ethiopian eunuch in Acts 8. Shortly before this, Stephen was stoned to death after proclaiming the message of Jesus. Not only had Jesus gone away, but the first Christians had seen just how dangerous the message of Jesus would continue to be in their world.

Acts 8:26 begins the story this way: “Then an angel of the Lord said to Philip, ‘Get up and go towards the south to the road that goes down from Jerusalem to Gaza.’ (This is a wilderness road.)” I love the way Luke includes the detail for us that this road was in the middle of nowhere. Philip had no reason to take that road apart from the leading of the Spirit. But, he listened and he went. While he was on the road, he saw an Ethiopian official – a high ranking person who was in charge of the Queen’s entire treasury. Again, the Spirit prompted Philip and told him to approach the official.

Philip had every reason to be suspicious. He was on an isolated road and the person in front of him was unknown to him. But, Philip responds. He catches up to the chariot and discovers that the Ethiopian official was reading the prophet Isaiah. They have a conversation about the Scripture, and Philip explains how the Scripture relates to Jesus, and the eunuch comes to believe in Jesus and is baptized. Then, the Spirit whisks Philip away from the eunuch. The encounter ends as strangely as it had begun.

On the surface of this story, the most remarkable thing seems to be the way the Holy Spirit guided Philip to the right place at the right time. And, that part is remarkable. But, what’s most remarkable to me is the way Philip changes his mind and expands his understanding of the Gospel. As Luke tells the story, he doesn’t let us in on what Philip is thinking, but I imagine early readers with a good knowledge of the Old Testament scriptures would’ve felt a considerable amount of tension when the eunuch asked this question: “Look, here is water! What is to prevent me from being baptized?”

For starters, Deuteronomy 23 said that men whose sexual organs had been damaged or altered would not be allowed into the assembly of the Lord. That would’ve included eunuchs. Secondly, the eunuch was a Gentile. It seems that he was at a minimum curious about the Jewish faith because he had traveled to Jerusalem and was reading the prophet Isaiah, but Philip had no way to know whether the eunuch had kept Jewish law or followed Jewish customs. When the eunuch asked what would prevent him from being baptized, the answer was – a lot.

Despite the obstacles, and despite his uncertainty about what it meant to be part of this fledgling early church, Philip remained open to the leading of the Spirit and he baptized this person who would’ve been considered an outsider or untouchable. Even though life had dealt Philip some crushing blows, he remained open to what the Spirit was doing in and through him.

I recently read an article in the New York Times that has connected with so many people around the country. The article is titled, “There’s a Name for the Blah You’re Feeling: It’s Called Languishing” and in it, Adam Grant describes this weird place between hope and depression where many people find themselves after the strain of a yearlong pandemic. In it, Adam Grant writes this:

“At first, I didn’t recognize the symptoms that we all had in common. Friends mentioned that they were having trouble concentrating. Colleagues reported that even with vaccines on the horizon, they weren’t excited about 2021. A family member was staying up late to watch ‘National Treasure’ again even though she knows the movie by heart. And instead of bouncing out of bed at 6 a.m., I was lying there until 7, playing Words with Friends.

“It wasn’t burnout — we still had energy. It wasn’t depression — we didn’t feel hopeless. We just felt somewhat joyless and aimless. It turns out there’s a name for that: languishing.

“Languishing is a sense of stagnation and emptiness. It feels as if you’re muddling through your days, looking at your life through a foggy windshield. And it might be the dominant emotion of 2021.”

When I read this article, it connected with me. So, I shared it with friends, and person after person told me it connected with them, too. The truth is: this year has been hard. So many have felt like they used up all they had to get through the last year, and now they are looking forward at an uncharted tomorrow and don’t know what to do or where to turn.

It will sound cliche, but I believe with all my heart that the answer to languishing, the answer to crushing uncertainty, is remaining open to the surprises and leading of the Holy Spirit. And, oh how we will be surprised! As Philip wandered that wilderness road, do you think he ever expected that the person he would be called to baptize was one who would’ve been excluded in the past? Do you think Philip knew he would be called to break all the rules and expectations and do a new thing? I doubt it. And yet, when Philip remained open, everything changed – the eunuch’s life changed, Philip’s life changed, and the whole church changed.

Friends, we do not need to be able to answer “Now what?” with any confident certainty beyond this: The Spirit will show us the way. I believe that. We’ve changed and grown in ways we never imagined over this last year, and we may not think we have the energy to do the new thing God is calling us to do, but I have a feeling the Spirit is getting ready to call out to us, to lead us out on that wilderness road, and invite us to broaden our horizons and invite in those who defy all our expectations.

So, let us gather around the Scriptures and be nourished. Let’s gather around the Lord’s Table and be fed. And then let’s allow the Spirit to pick us up from our languishing places and set us down on a wilderness road where we will be challenged, strengthened, and surprised. May God equip us for the task.