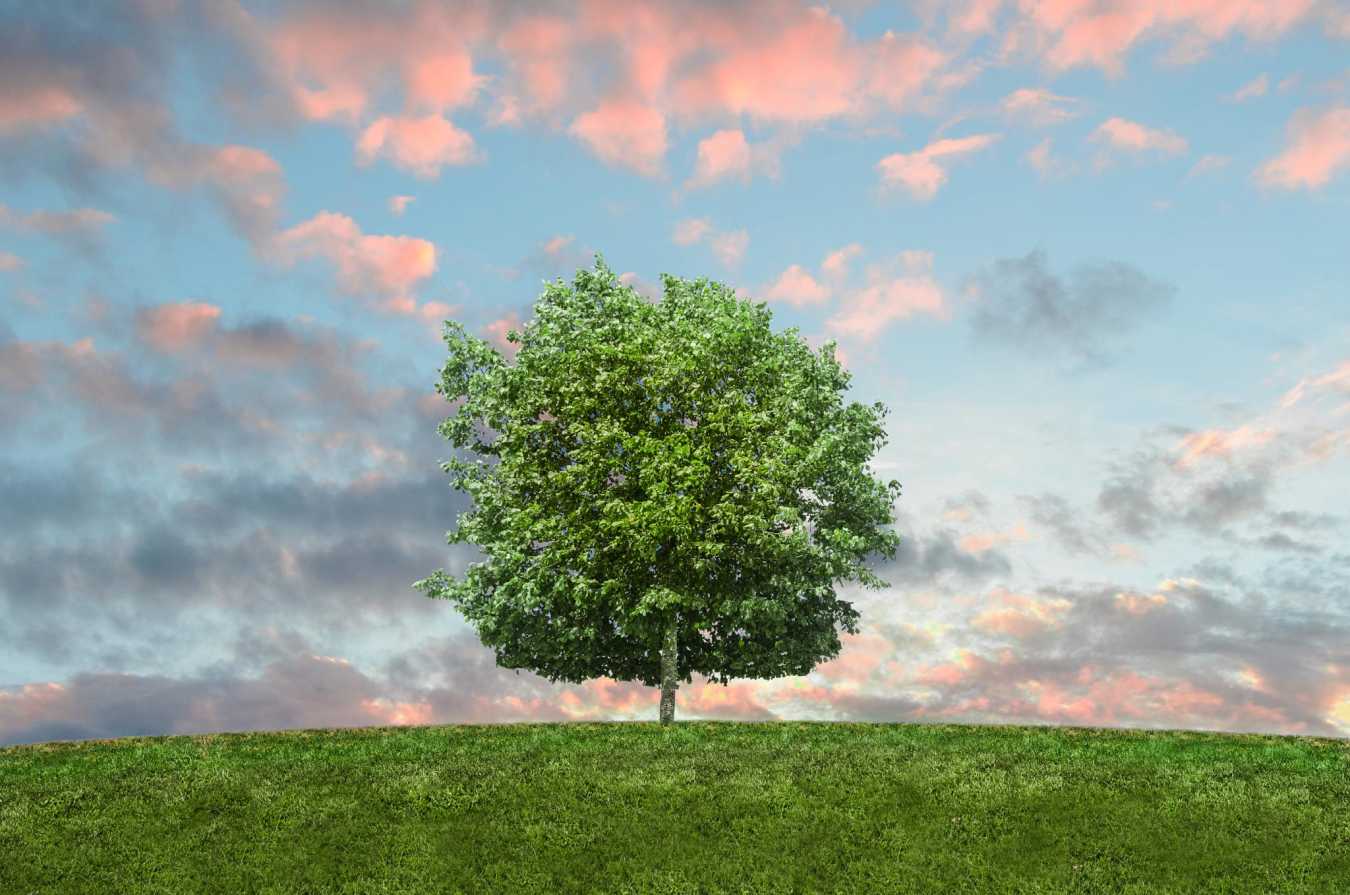 As I read through the Gospels, I try to imagine what the people around Jesus must have been thinking about Jesus. Jesus, a man from a known-for-nothing town who had kept a low profile until he was about thirty years old, suddenly came on the scene and drew crowds everywhere he went. Amazing things happened to people who encountered him; people were healed, lives were changed, even the dead were raised. He fed great crowds from very little. He was able to out-debate the Pharisees and silence authorities with his knowledge of Scripture.

But, his teachings? They were hard. They were difficult to understand. And, just when you thought you understood, he would teach something else or do something else, and you would have to start all over again at square one. I imagine the people who followed Jesus were perplexed by him. We know that many who started out following him ended up walking away because they couldn’t understand – or, they were troubled by what they could understand. And, in the end, only a few women remained with him at the foot of the cross, as all of his other followers ended up deserting him when things didn’t end the way they had expected.

Prolific fiction writer Brandon Sanderson once wrote, “Expectations were like fine pottery. The harder you held them, the more likely they were to crack.” Just when people thought they had a handle on who Jesus was, he would do something or teach something that didn’t fit in neat, tidy little boxes. The people around Jesus either had to loosen their expectations, or find them dashed to pieces.
In Luke 19, we find the story of Zacchaeus, a well-known story that many of us learned in Sunday School. If we remember nothing else about the story of Zacchaeus, we probably remember the song that many of us learned when we were kids.

The song does a decent job of capturing the details of this story, and many of us probably remember the story because the song has a catchy tune and fun motions to go along with it. But, like all songs about stories, not every detail is accurate, and not every important detail is included. The song is a starter, but we need to dive in deeper into the story to see what was really going on.

If we back up to Luke 18, we find a series of stories and teachings that set up what happened between Jesus and Zacchaeus. At the beginning of Luke 18, Jesus tells the story of the unjust judge and the persistent widow. The judge is in a position of authority, and he misuses that authority. He’s the villain of the story. Right on the heels of this story, Jesus tells the story of a Pharisee and a tax collector. The Pharisee – the one with religious authority – seems to miss the mark when it comes to prayer, but the tax collector “goes away justified.” The one with religious authority is the one who doesn’t get it. Right after this, Jesus welcomes little children even though the disciples thought the children should leave Jesus alone. The disciples, the ones who had been walking closely with Jesus and should have been the ones to “get it,” were the ones trying to stand in the way of the younger ones who had no authority of their own.

This story is followed up by the story of the rich ruler who went away sad and couldn’t bring himself to sell his possessions. He understood the law in his head, but when it came to living it out, his wealth was a hindrance. Jesus teaches that it is easier for a camel to go through the eye of a needle than for a wealthy person to enter the kingdom. Story after story in Luke 18 shows people misusing their authority or whose authority or wealth was a barrier, and Jesus choosing to embrace those who were excluded and on the margins. And so, when we get to the story of Zacchaeus, and we learned that he is not just a tax collector, but a chief tax collector, we are all primed to expect that Zacchaeus is the bad guy. He will be the one who doesn’t get it. Jesus will say, “Woe to him!” or chastise him for exploiting others. The crowd expected this response to Zacchaeus, too.

You know how the story goes. There was such a great crowd gathered to see Jesus that Zacchaeus couldn’t see him. The text says he couldn’t see because “he was a short man.” The words in Greek say that he was small in either height, or years, or societal regard, so he either couldn’t see Jesus because of his height, or because of his age, or because the crowd didn’t really care for Zacchaeus and didn’t want him to be anywhere near them. No matter what the reason, Zacchaeus was excluded from being able to see Jesus, which most everyone was probably fine with. After all, Zacchaeus was a traitor who was buddy-buddy with the Roman Empire and collected extra taxes to pad his pockets. Who wants that kind of guy around?

So, Zacchaeus – whose name rather ironically means “pure” – scaled a sycamore-fig tree so that he could get a view of Jesus. He wanted to see who this Jesus guy really was, but he had no idea that Jesus would see him. Jesus locks eyes with Zacchaeus and says to him, “Zacchaeus, hurry and come down; for I must stay at your house today.” Can’t you just hear the crowd’s response? They grumbled. Jesus is going to the home of a sinner. Doesn’t he know who Zacchaeus is? Doesn’t he know that Zacchaeus is against us?

The crowd grumbled and accused, but Zacchaeus responded by making amends and by rejoicing. The Common English Bible follows the lead of the Greek and puts his actions in the present tense. He said, “Look, Lord, I give half of my possessions to the poor. And if I have cheated anyone, I repay them four times as much.” Not in the future. Not when he’s got enough money. Not after Jesus has come to his house. Today. Now. And the text tells us Zacchaeus was happy to welcome Jesus.

In a twist of what everyone expected, the one who had been hated by his community (for understandable reasons) became the one who was overjoyed to receive Jesus. The one who had governmental authority, and likely used it to exploit others, was the one who heard the words, “Today salvation has come to this house.” When Jesus saw Zacchaeus, he did not see Zacchaeus’ reputation. He saw who Zacchaeus wanted to be. As I reflected on the story of Zacchaeus and Jesus, I tried to think of someone who might be comparable today to Zacchaeus, as far as reputation goes. I came up with some thoughts, and then I realized I was completely missing the point. Whenever I make a judgment that someone is beyond the reach of Jesus, I have made myself one of the crowd, the grumblers, the ones who can’t quite seem to grasp that we can’t keep the love of Jesus to ourselves.

The story of Zacchaeus has much to teach us, but today there are three lessons rising to the surface: the grace of God is not neat and tidy, we are not bound by our past, and our grumbling is keeping us from rejoicing.

First, the grace of God is not neat and tidy. In verse ten, Jesus said, “For the Son of Man came to seek out and to save the lost.” That word for “seek out” means to investigate or get to the bottom of. Jesus isn’t going to look at the surface or what the world sees. Jesus seeks us out, digs deep, and sees not just who we are, but who we can be. And, that’s going to be shocking and unexpected much of the time – whether we are shocked that Jesus is welcoming someone we were sure would never get it, or we are shocked that Jesus sees something in us we don’t even see in ourselves. The grace of God is not neat and tidy – thanks be to God!

Second, we are not bound by our past. Zacchaeus was not bound to a life of defrauding others or to a life of exclusion and isolation. We are not bound by whatever it is in our pasts that we feel stuck in. We are not our reputations, our worst sins, or our biggest failures. Jesus sees through all of that and sees our hearts. He sees not just where we are, but who we are becoming. And then he comes to stay with us. We are never so far out of the kingdom of God that we can’t be brought back in.

And finally, our grumbling is keeping us from rejoicing. As I read and re-read and re-read the story of Zacchaeus in Luke 19, I was convicted again and again of how often I choose grumbling over rejoicing. When things seem unfair, or not what I wanted, I grumble before I even stop to really look at what’s going on. Those in the crowd who were grumbling that Jesus noticed Zacchaeus missed out on the joy of seeing Zacchaeus’ life transformed. Zacchaeus wasn’t bound by his past, but the crowd tried to chain themselves to it. Jesus saw Zacchaeus’ heart, but the crowd could only feel jealousy and anger. They lost out on the joy.

No matter where you are in your journey with Jesus today, whether you feel close to him, or you feel so far away that you need to climb a tree to see better, Jesus sees you. He sees your heart. And the grace of Jesus is for you, too. The grace of God may not be neat and tidy, but we are not bound by our pasts, and we do not have to get stuck in our grumbling. Today, salvation has come to this house. May will be filled to overflowing with joy as Jesus comes to stay in our homes and in our hearts.