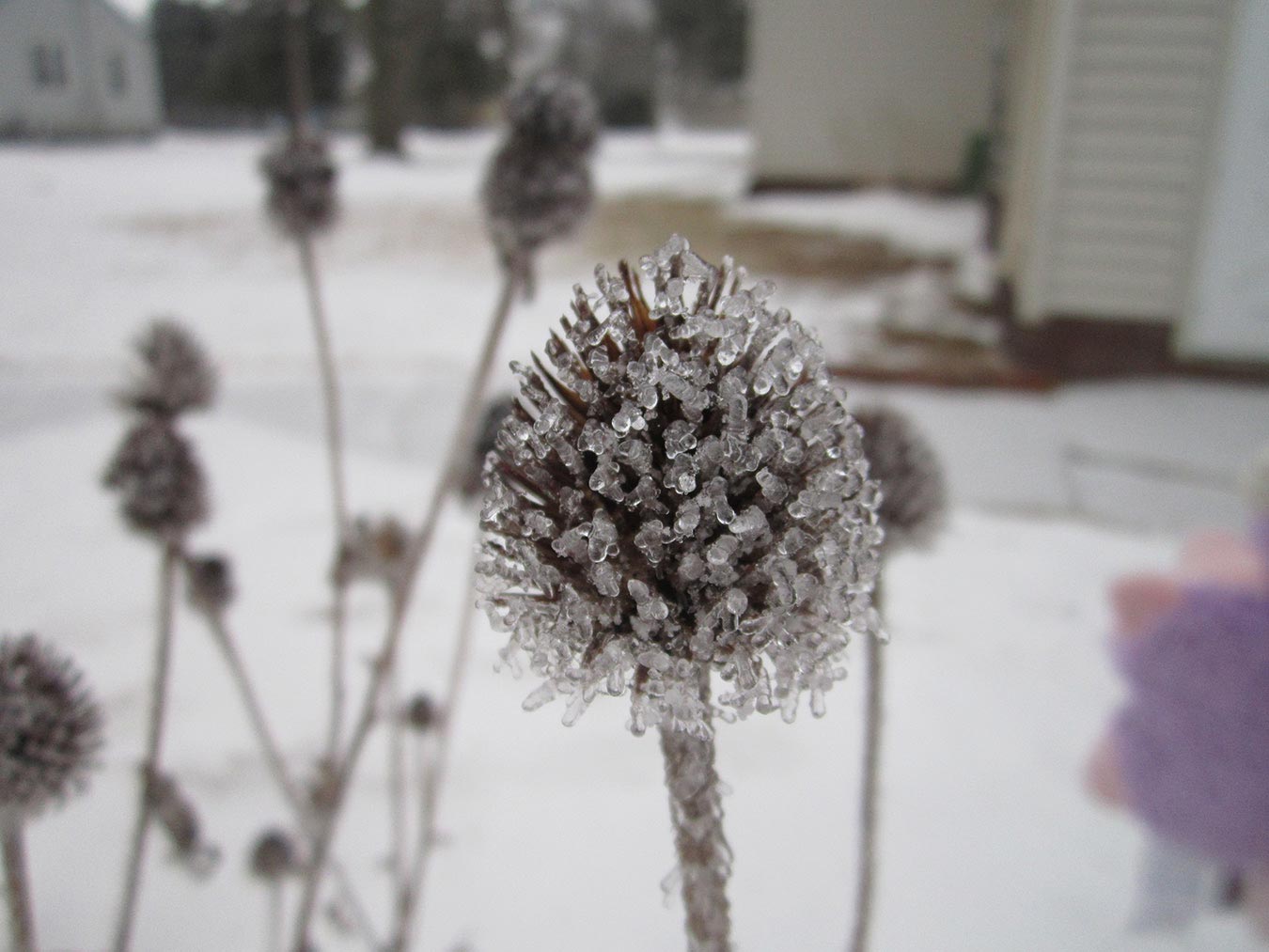 The unseasonably cold weather in central Iowa has led to some school closings this week. It is quite unusual to have a “snow day” without any snow, but we have been trying to make the most of being cooped up in the house during the week. On the most recent “snow day,” I woke up early with the call that school would be closed for the day, and decided to make a big breakfast for the kids. I brought the ingredients for pancakes over to the kitchen island and started mixing everything together. Out of the corner my eye, I saw what looked like a rainbow out my kitchen window. There were no clouds in the sky, and there hadn’t been any snow, so I stopped to look more closely. 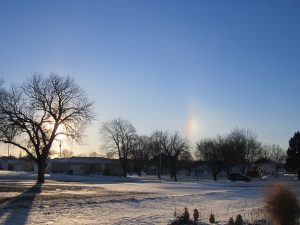 Not having lived in the Midwest until more recently, I had never seen anything like this before. Evidently sun dogs are a common phenomenon during frigid weather as the sun is either rising or setting. If I hadn’t given myself permission to stop what I was doing and look out the window, I would have missed it. Every ten to fifteen minutes, the sun rose higher in the sky, and so did the sun dogs. It was spectacular.
On another cold morning, I saw this pair of sun dogs on my drive home from the kids’ schools. 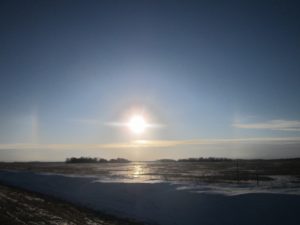 All we have to do is stop and look. There is beauty everywhere, if we would take the time to notice it. From the hoarfrost of winter… 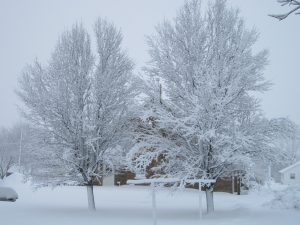 to the first signs of life in the spring…

the creation is leading  a chorus of praise. 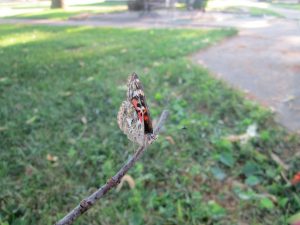 Where are we looking? If I’m honest, too often I’m looking at a computer screen, a phone, in a mirror, or at the television. But, when I stop and look outside, it almost always has a way of helping me really see. 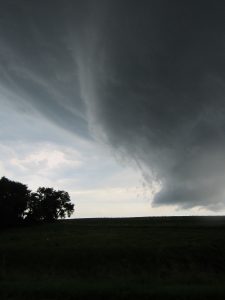 And it takes my breath away.

Because the whole world is a canvas… 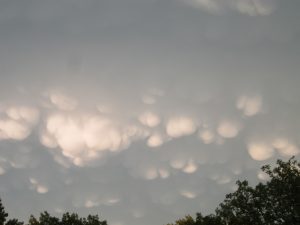 covered in the fingerprints… 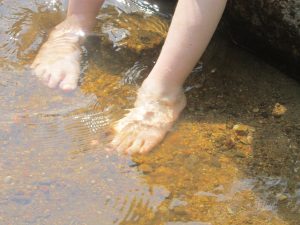 of the One who made it all.
We just have to stop and look.
The heavens are telling the glory of God; and the firmament proclaims his handiwork. Day to day pours forth speech, and night to night declares knowledge. There is no speech, nor are there words; their voice is not heard; yet their voice goes out through all the earth, and their words to the end of the world.
-Psalm 19:1-4a (NRSV)