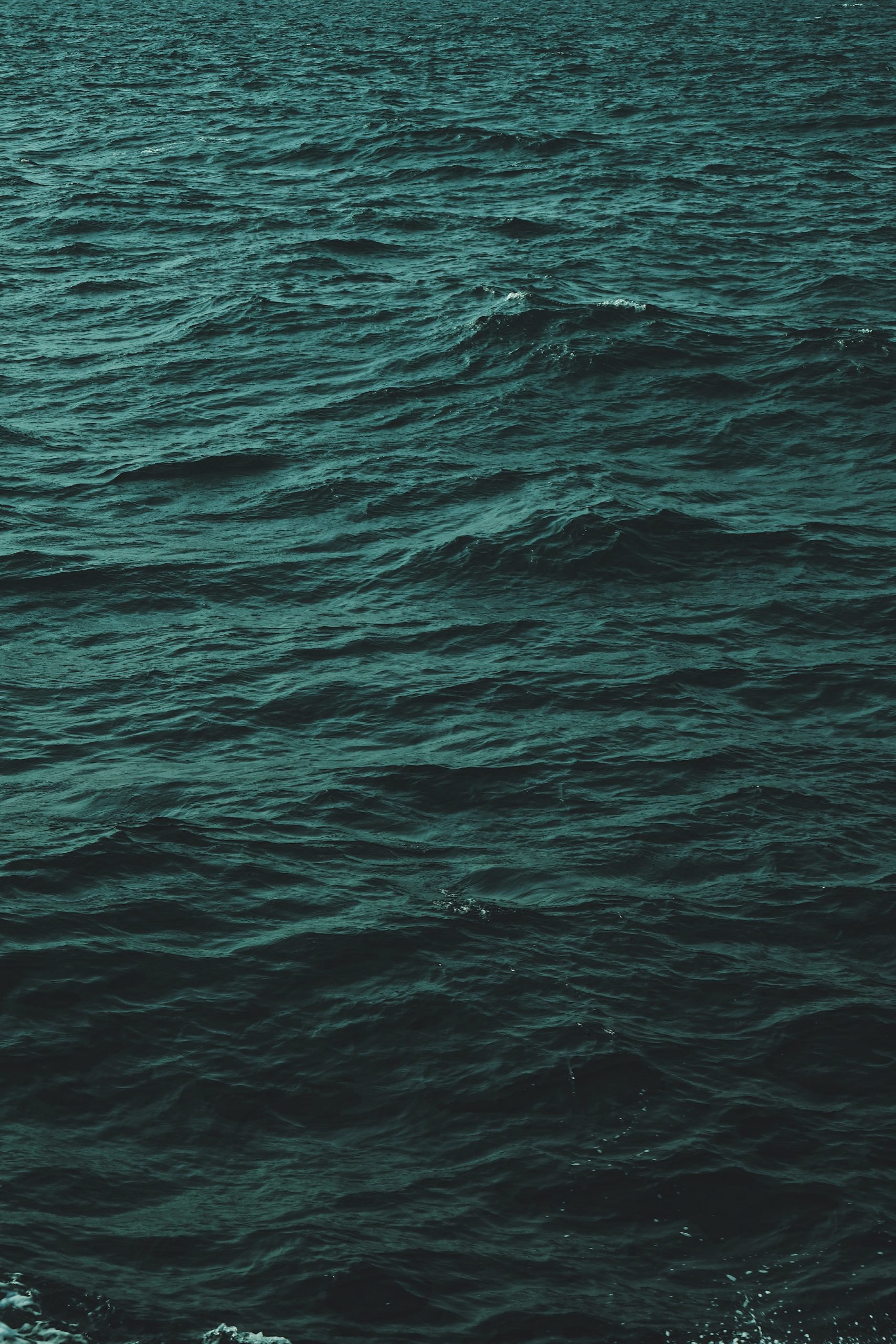 Sometimes, we find ourselves with an advancing army behind us and a sea in front of us, and I believe this is precisely what new creation looks like – at least at first. I don’t know if you’ve ever found yourself in a situation like that before – where you seemed to be surrounded by no good options – but if you have, I wonder if you would agree. The prodigal son found himself in this kind of situation when he had burned all his bridges at home, and had fallen into desperate times after blowing his money. His past convinced him that he could not return home. His present convinced him he could not stay where he was. He believed he did not belong anywhere. Yet, to his amazement he found he not only belonged with his father – he was celebrated by him. The Apostle Paul found himself stuck when he encountered the risen Jesus. He could not return to his former life, but because of his past was not welcome with Christians either. Even though Paul had to spend time convincing others that his change was real, this stuck situation made possible the planting of many churches, and the writing of many of the books in the New Testament.

I found myself stuck at the end of my sophomore year of college. I was studying as a clarinet major, but increasing pain when I played sent me to the doctor, who determined I had a serious case of TMJ. My choices were to pursue surgery and rehabilitation, or quit playing my clarinet hours a day. I didn’t know what to do if I didn’t do music, and yet there was something inside me that told me surgery and rehab wasn’t what I was supposed to do. I couldn’t go back to what I knew and what was comfortable, but I couldn’t figure out how to go forward either. In that season of my life I met Jeff, I transferred into the communications department at my college even though it meant taking an extra semester to graduate, and I began realizing what my call to ministry really meant for my life. When we get stuck, it is instinct to want to turn around and go back. But, back is not always where we’re meant to go.

The more I think about being stuck, the more I can’t help but think about the story of the parting of the Red Sea in Exodus 14. Usually, when I read this story, I focus on the miraculous part – the way the sea was divided in two so the people could pass through on dry ground. This time, however, I notice how trapped the people must have felt as they had the Egyptian army behind them and the sea in front of them. They were stuck. They thought they were done for. And yet, somehow, this became the birth of a new people.

“Then the Lord God said, ‘See, the man has become like one of us, knowing good and evil; and now, he might reach out his hand and take also from the tree of life, and eat, and live forever’— therefore the Lord God sent him forth from the garden of Eden, to till the ground from which he was taken. He drove out the man; and at the east of the garden of Eden he placed the cherubim, and a sword flaming and turning to guard the way to the tree of life.”

In the garden, Adam and Eve had lived in perfect wholeness. As Lisa Sharon Harper, public theologian and scholar, wrote, “Here was a place where they had experienced the fullness of life, where all created relationships were very good. Now they would have to leave it all. If I had been there God would have had to drive me out too.”

God drove them out of the garden, and to ensure they never returned, God placed a cherubim – an angel of God – behind them to block the way. They couldn’t go back. I always viewed that as a punishment. They were driven out, never to be allowed back in. But, Lisa Sharon Harper suggests a different reason. She writes, “According to the text, God blocked the way to the Tree of Life to protect humanity from living forever with the full knowledge of good and evil.” In other words, God did not want the people to eat from the Tree of Life in their broken state and experience the pain of broken relationships and separation from God forever. The angel and the flaming sword were placed behind the people to protect them from themselves and their natural desire to go back.

As the Hebrew people were fleeing from Egypt, they were being pursued by the Egyptian army. As night began to fall, the divine cloud was shining light into the darkness, and the angel of God was with them. The cloud and the angel managed to keep the Hebrew people and the Egyptian army separated, which helped the people make it to the sea. But, when they got to the sea? Where could they go? At that point, I believe the angel of God was behind them so that they would have to move forward. Moses lifted his arms and the sea separated. They crossed on dry land. And, as the sea closed back up, the people knew beyond a shadow of a doubt there was no going back. Even still, they spent the journey in the wilderness wishing they could go back to Egypt.

I have spent a lot of time wishing I could go back to when things were easier. I have had times in my life of deep, personal regret, and I have spent so much of my time wishing I could go back and do things over again. I have looked at the obstacles in front of me and declared them to be too hard to overcome. I have stood with a vast sea in front of me and wished I could turn around and go back.

In those times, when the angel of God goes behind us, it is not to punish us, but to protect us. Sometimes we need prodding to keep moving forward, to keep putting one foot in front of the other, to keep moving toward a time when God will make all things new – even us, even the most difficult of situations. I know for myself, I am often more inclined to choose what is comfortable, even if it is not what is good. I am tempted to look back and idealize what’s behind me, even though moving forward is what will give me life.

Theologian and scholar N.T. Wright said it like this: “Made for spirituality, we wallow in introspection. Made for joy, we settle for pleasure. Made for justice, we clamor for vengeance. Made for relationship, we insist on our own way. Made for beauty, we are satisfied with sentiment. But new creation has already begun. The sun has begun to rise. Christians are called to leave behind, in the tomb of Jesus Christ, all that belongs to the brokenness and incompleteness of the present world…That, quite simply, is what it means to be Christian: to follow Jesus Christ into the new world, God’s new world, which he has thrown open before us.”

In this story of the people of Israel in a stuck place, we are being invited to look ahead of us and to imagine God’s new and beautiful future. We may find ourselves rehashing situations we regret, or wondering how we will ever make it through the difficulties all around us, but I am convinced that what is in front of us is so much better than anything we’ve gone through. I am convinced that if we keep moving forward, if we dare set foot in the Red Sea, we will find that God is making a way for us where there had been no way. Wherever you find yourself today – whether you are feeling stuck or you are feeling excited about what is up ahead – I believe that God is making a way for us right now. I believe that all we’ve gone through, all those feelings of being stuck, all those fears about what it might look like to move forward are the birthplace of new creation. It is precisely in times like these – in times when it seems impossible – that God makes all things possible. We just need the courage to look ahead of us and keep on moving forward.

Let’s take some time to consider where we are feeling stuck in our lives. Let’s take an opportunity to grieve and lament all of the struggles of these past months. Let’s offer those pains and wounds to God. Sit with them for a while, if you need to. And then, when you are ready, ask God to help you have the courage to take a step forward into the new and beautiful future God is creating. This might mean we need to let go of some things. It might mean we need to admit to God we are afraid and have no idea what the next right thing is. The angel of God that has gone behind us is not there to punish us, but to protect us from staring too long in the rear-view mirror – thinking through all of the would’ve, could’ve, should’ves.

I don’t know for sure what is ahead. But, I do know God will go with us. God will direct our paths. And eventually, we will arrive at a new and beautiful place we never saw coming. Perhaps when we get there, we will join our voice with Jacob who said when he woke from a dream, “Surely the Lord is in this place—and I did not know it!”