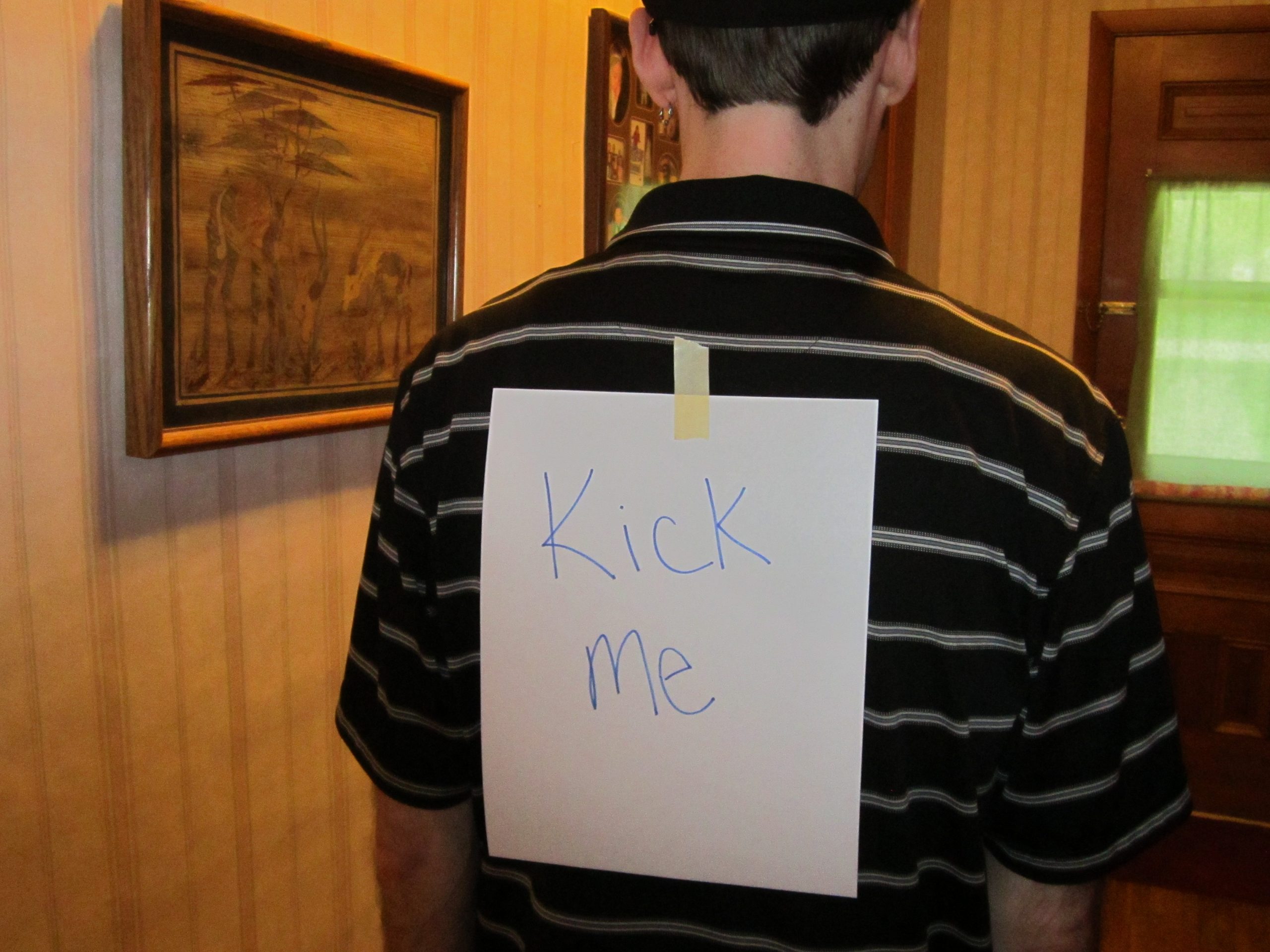 This One’s for the Easy Targets

Perhaps I am a little behind the times, but it has only been in the last year or so that I have learned about Mark Driscoll. Driscoll is the founder and preaching pastor of Mars Hill Church in Seattle, Washington (not to be confused with Mars Hill in Grandville, Michigan). When Mark Driscoll gets up to preach, people listen. Mars Hill has grown by leaps and bounds, and there are many who are avid followers of his preaching and theology. When I first heard about Driscoll, I had heard about some nasty remarks he made about his wife and women in general. I was incensed. They went beyond submission of a wife to her husband, and crossed over into more blatantly abusive thoughts of men being able to sexually demean their wives, and spiritually abuse them as part of a man’s God-given rights.
When I read his statements, I was outraged, horrified, and offended. And, rightly so. Many of the statements he has made have perpetuated systems of abuse, led to practices that destroy the environment (and doing so joyfully as part of making Christ somehow return even sooner), and enslaved the church to militant, misogynistic and hate-filled rhetoric and belief. I believe we have an obligation to speak out against this kind of rhetoric because it is contrary to the good news of the gospel. We can’t sit idly by and allow people to drag the name of Christ through the mud, and to subject women to abuse after abuse. We have to speak out because silence means that we are tacit endorsers of this reprehensible worldview. We can’t be silent because silence means one more woman gets hurt, one more child learns how to abuse women, one more person turns away from Christ because he or she simply cannot believe in a Jesus that would call for such hateful living.
Speak out, we must. But, in speaking out we have to be very careful. I am part of a blog collective (That Reformed Blog), a group of writers seeking to be an alternative voice of what  it means to be a Christian and be Reformed. Over the past week or so, we have had a lively conversation about what it means to be alternative as opposed to what it means to be opposite. Being alternative to something means that we give voice to something new and different. We represent a new way of being and thinking. Being opposite means to engage only in hateful rhetoric that espouses the same vitriol and hatred on the opposite end of the political or religious spectrum. Opposite isn’t life-giving. When we speak out against injustices and hatred, we can’t do so by setting up an easy target, taking aim, and feeling good about what we’ve done. Dropping Mark Driscoll’s name into a conversation is simply another way of triangulating around a common enemy. We amp ourselves up by showing what we stand against, but in doing so, we do not articulate what it is we are standing for.
So, this post is for the easy targets, the ones who blog, speak and write for the world to see. Speaking against false theology and hateful ways of living is important. Mentioning a name now and then can be helpful if it is done so in order to keep someone else from falling into an abusive system. Blasting the same person repeatedly, when that person is merely a spokesperson for a pervasive system of abuse and hatred, is taking it out on an easy target without ever rooting out the abusive system. It is like pointing out one racist without ever tackling the system of racism itself. I’ve done it. And I get it. Easy targets are just that – easy. Systems are another matter.
When we go up against a system, we feel like David against Goliath. The system is big, pervasive, has resources and multiple venues. We are individuals, and we feel small and unable. But the reality is, there are truth-tellers around the world. We need to find them and stand united. This is how systems change. This is where life enters the equation. This is where we see the kingdom of God breaking into this world. This is the hope we have in Jesus.
So, let’s all take a deep breath and walk away from the easy targets. Instead of rallying around a common, perceived threat, let’s band together and speak life into a world that needs to hear it.