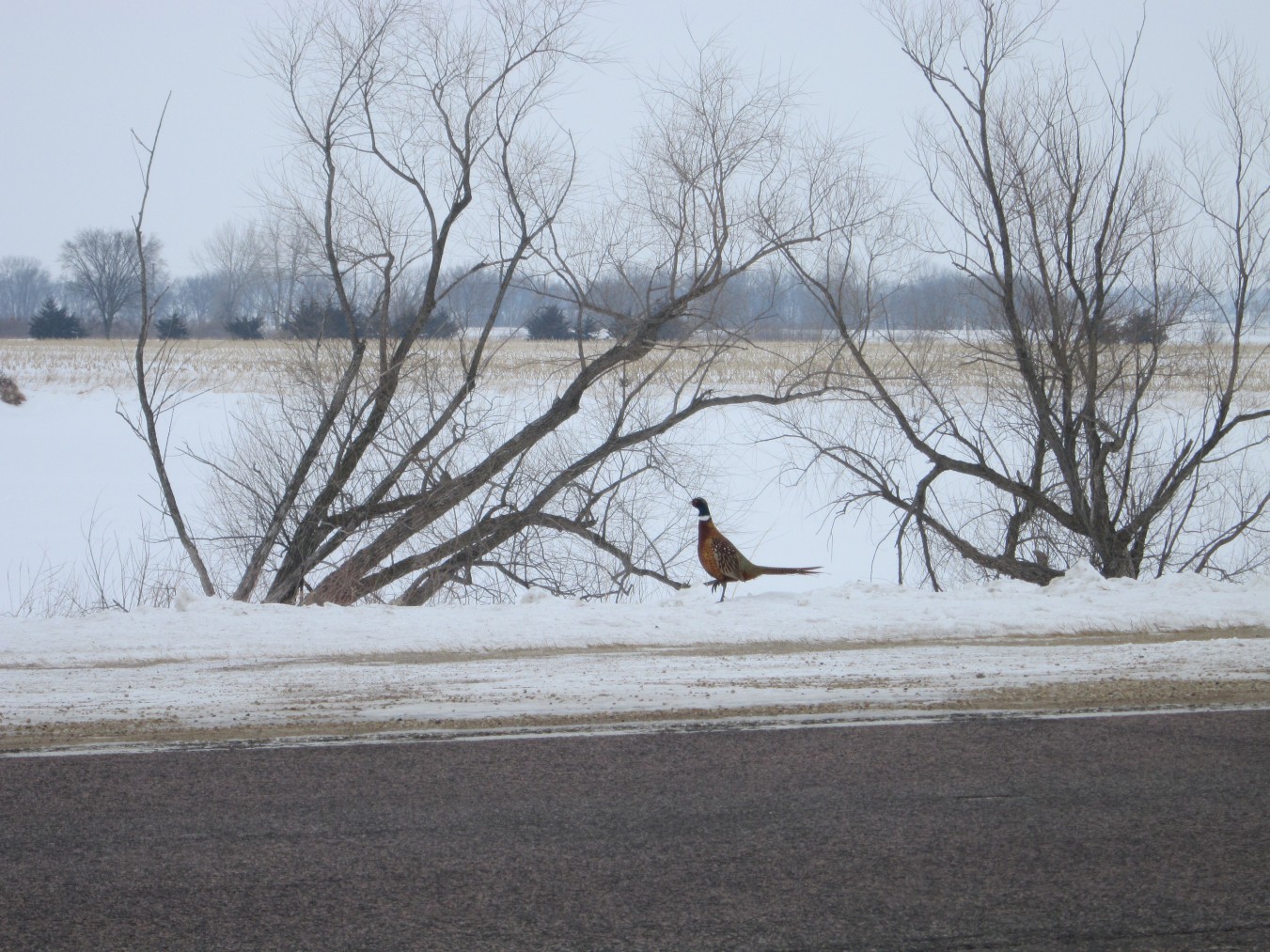 Leave It Better Than You Found It

When I was a teenager, I found myself babysitting somewhat regularly. I had learned basic infant and child CPR. I had spent time helping out in the nursery at church and with Vacation Bible School. I had experience with kids. My mom had also taught me a lot about cleaning the house and about taking responsibility for my things. Every time I would get ready to go to a babysitting job, my mom would remind me to “leave their house better than you found it.”
And, so I would.
If I was there in the evening and put the kids I was watching down for bed, I would stay up in the kitchen and wash dishes. For afternoon babysitting jobs, I would spend time with the kids making pictures and letters for their parents. I always tried to leave their house at minimum as clean as I had found it. But, I always hoped I would be able to leave things better than I had found them.
It seemed a basic act of care for the home and family entrusted to me. It seemed an act of gratitude. And, it was something I took pride in.
And, I kept getting asked to babysit again, so I must have been doing something right.
This idea of taking care of what was entrusted to me also meant taking care of my little corner of the world. If we went camping as a family, we made sure we picked up any trash we had made. When we finished with a snack, we put the wrapper into the garbage can. We recycled things that we could recycle. It was just part of leaving things better than we found them.
Just a few days ago, my daughter and I picked up trash around the neighborhood for Earth Day. It wasn’t a big job, but it was big enough that my four-year-old is still talking about how fun it was to be an Earth Cleaner (our self-identified superhero names). Even though it was a small thing we did, it seemed important to me to teach my child to leave things a little better than she had found them. We can’t fix every problem that exists in the world, but we can do our part with the things entrusted to us.
But, right after coming in from our neighborhood clean up, I sat down at my computer and caught up on Facebook and Twitter. Over and over again I saw Christians condemning the observation of Earth Day. I saw people criticizing clean-up efforts as being part of some political agenda. I read horribly disturbing comments about end times theology and how it basically absolves Christians of any and all responsibility for this terribly broken planet.
Nice.
It’s important to me to take care of the world I live in, not because of my political stances, but because of my Christian faith. It’s not about global climate change, or following emission standards, or about being the greenest person in my neighborhood. It’s about being a good steward of the world God made. It’s about taking care of what has been entrusted to me. It’s about leaving this world better than I found it.
Caring for creation is an act of hospitality.
When we take the time to clean things up, or leave things better than we found them, we are doing it as an act of hospitality to those around us. My family often brings a bag and gloves to the playground in town so that we can pick broken glass out of the sand at the bottom of the slide. We clean up cans and bottles and cigarette boxes. When we do this, the primary thought in my mind (and what I communicate to my children) is that picking glass out of the sand is making the park safer for kids. When we pick up plastic pop rings off of the highway, we are keeping wildlife safe. When we consider what we can do to leave the world a better place than how we found it, we are living other-centered lives. We are loving our neighbors as ourselves. We are giving others what we would hope to receive.
Caring for creation is living into what it means to be created in God’s image.
In the very beginning, God put Adam in the Garden to “till and keep it” (Genesis 2:15). Right after making human beings in his own image, God blesses man and woman with, “Be fruitful and multiply, and fill the earth and subdue it, and have dominion over the fish of the sea and over the birds of the air and over every living thing that moves on the ground” (Genesis 1:28). Many people have suggested that the word “dominion” gives human beings license to exploit creation and use it however we see fit. But, the call to have dominion comes right after God says human beings would be made in the image of God. Having dominion over the earth means having dominion God’s way. God is not a tyrant. God doesn’t waste and spoil and exploit. God rules with love, mercy, justice, and peace. When we care for creation, we are embodying some of what it means to be created in God’s image. 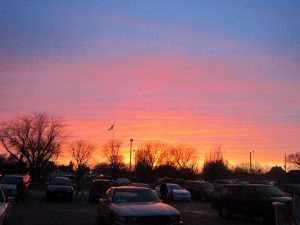 Caring for creation is good stewardship.
Unfortunately, the idea of stewardship has come only to mean giving money to the church. Stewardship does include the way we use our monetary resources, but the concept of stewardship is about so much more than money. Stewardship means being a steward – someone who administers and oversees someone else’s estate or affairs. [1] As Christians, we believe that God created everything there is. As John 1:3 puts it, “All things came into being through him, and without him not one thing came into being.” Or as we find in Psalm 24, “The earth is the Lord’s and all that is in it, the world, and those who live in it.”
God created the heavens and the earth, and commissioned human beings to care for what he made. Along with taking care of the spiritual gifts we’ve been given, the money entrusted to us, our bodies, and the people around us, we are called to take care of the world. It is God’s, and we are stewards of it. I can’t imagine that God entrusts the world to us so that we can disregard it and leave things worse than we found them.
Caring for creation is a corrective to bad theology.
On Earth Day, I noticed two arguments being thrown around by those who oppose creation care efforts: 1) In the Bible, God promises to take care of us, so that means God wouldn’t let us destroy the planet before he was done with it; and 2) The earth is just going to be destroyed in the end anyway, so if we help destroy it, Jesus will return faster. The first argument reminds me a lot of something Paul addressed in Romans 6. Paul wrote, “What then are we to say? Should we continue to sin in order that grace may about? By no means! How can we who died to sin go on living in it?” Even though we know God’s grace is big enough to cover all of our sins, that doesn’t mean we should sin more. Just because we know God can save us from anything doesn’t mean we need to get ourselves into a bigger mess to prove it. This is tantamount to putting God to the test. If we know that the world belongs to God, should we continue destroying it just because we know God is powerful enough to save us anyway? Certainly not!
The idea that the world will be destroyed in the end comes more from the Left Behind books and movies than it does from the Bible. Yes, we read about wars, and earthquakes, and famine, and destruction, but an even stronger message in Scripture is that of renewal. We serve a God who tells us, “See, I am making all things new.” [2] The theme of re-creation is prominent throughout the pages of the Bible. And, the concept that human beings can somehow strong-arm Jesus into returning sooner by making the world a mess is really dangerous theologically. It puts human beings in charge of things, and it reminds me a lot of the parable of the talents, only rather than burying our talent in the sand, we are spending it quickly thinking that the master will return if we run out of money.
I want to take care of creation not because of some political agenda, but because I want to take care of what God has entrusted to me. Even though I am only one person, I try to take small steps to leave my little corner of the world better than I found it. Grace abounds when we fail, but by the continued grace of God, I get better at stewarding God’s creation little by little. And I’m trying to teach my children to do the same.
———