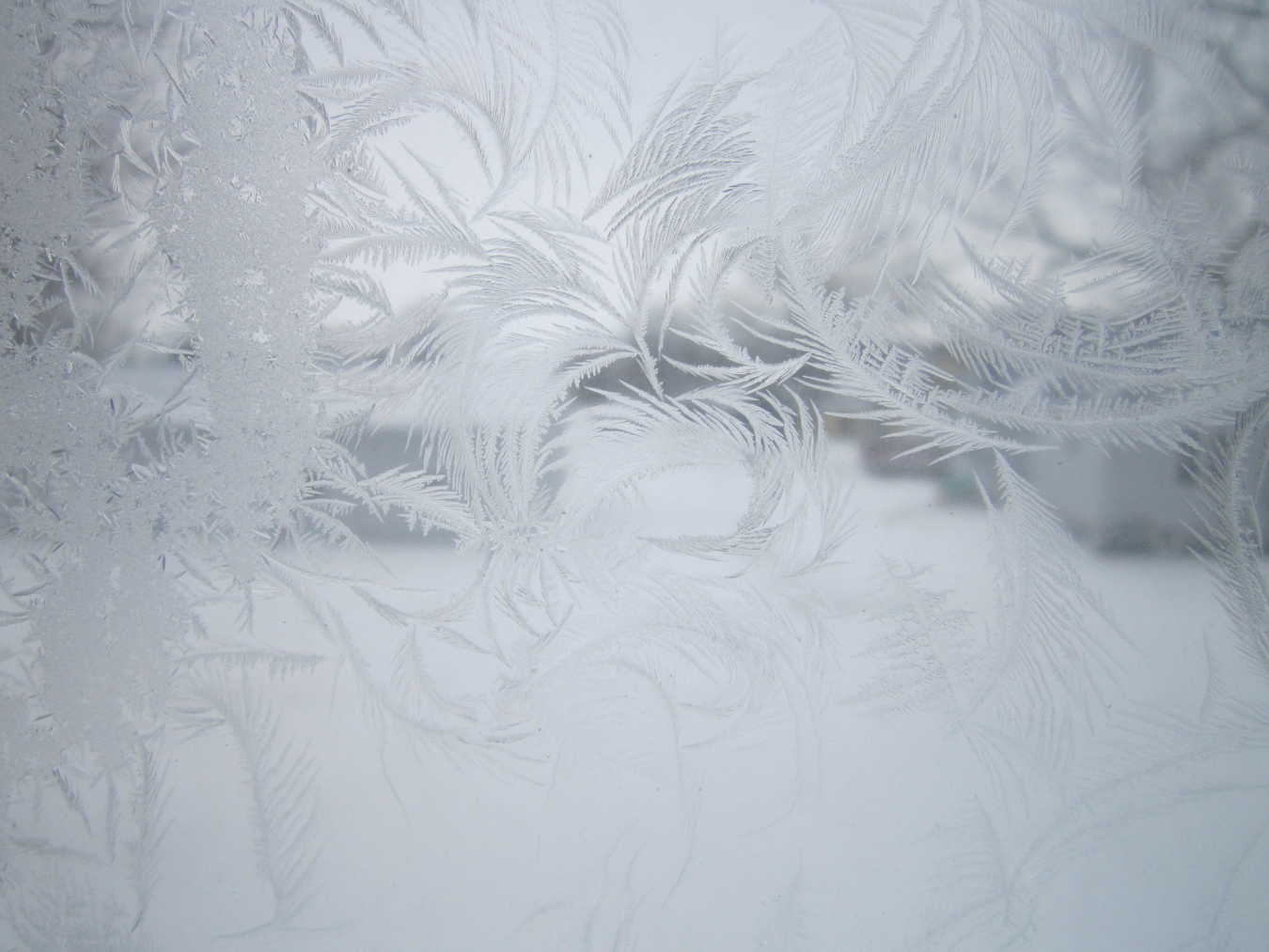 About ten years ago, I went with my seminary class to a convent in Indiana. The purpose of our trip was to learn more about spiritual disciplines, to get to know our classmates, to spend time in silence, and to listen to God.

I was so excited. As an introvert, silence is not something that I feel the need to fill. In fact, my favorite time of day is first thing in the morning before anyone else has woken up. I sit, sip my coffee, and pray a prayer of thanksgiving for a new day. But on this particular day as we loaded into vans to take our spiritual retreat, I felt tired and weary.

By the time we made it to Indiana, I had a sore throat, and by that evening, I had completely lost my voice. I had hoped to play my guitar and sing in my free time, which was not going to be possible with laryngitis. As a new seminary student, I had hoped to have the opportunity to talk to my new classmates, to make some friends, and to share stories. Instead of all of this, my spiritual retreat was going to be a silent retreat. And, as someone who enjoys silence, I had no idea how difficult that was going to be for me.

For the first day or so, I tried to write notes to my classmates, gesture, or even push through and speak what little I could. But, after a while I gave up. A couple of days into the retreat, we were invited to find a place in the convent to sit in silent prayer and reflection. We could journal, or pray, or simply sit and listen. There were beautiful paintings and icons and stained glass windows everywhere, and all around us was silence. We were given three hours to spend in silence, and then we would report back what we had learned and experienced.

I had already spent the better part of the previous two days in forced silence. What more would three hours be? I found a secluded corner near a sculpture of Jesus. I don’t remember if the sculpture was part of the stations of the cross…but I imagine it probably was. I sat there, at the feet of the statue of Jesus. I opened my journal and waited. The next thing I knew I was weeping. What a gift I had been given – the gift of silence, the opportunity to sit and listen and wait and pray.

In the front cover of a little book I have about listening to God, I found this quote:

“It is not the passionate appeal that gains the Divine Ear so much as the quiet placing of the difficulty and worry in the Divine Hands.”

As it turns out, this quote came from a longer devotional that was written as a reflection about Mary sitting and learning at the feet of Jesus. The author of the devotional (A.J. Russell) goes on to compare Mary’s act of listening to a child who put a tangled skein of wool into the mother’s basket with full confidence the mother would untangle it and make it well.

It all begins with listening. The problem is that listening is terribly difficult, and we are sorely out of practice.

Our Scripture passage begins with with Samuel – the young boy born to Hannah as an answer to her prayers – and Eli, the servant of God to whom Hannah had entrusted her son Samuel. And at the end of this verse, we find this striking commentary: “The word of the Lord was rare in those days; visions were not widespread.”

For a little bit of background information, it’s helpful to know that Eli has two sons – Hophni and Phinehas – and his two sons were greedily eating the choicest meat from the sacrifices, the part that was supposed to be for the Lord. Eli did not stop them from doing so. In 1 Samuel 2, Eli receives a message from the Lord that his two sons will be cut off. The priesthood will no longer belong to Eli’s sons. And when the time came, God would raise up a faithful priest.

“The word of the Lord was rare in those days; visions were not widespread.” Eli is not getting any younger either, which hastens the urgency. Verses 2-3 tells us, “At that time Eli, whose eyesight had begun to grow dim so that he could not see, was lying down in his room; the lamp of God had not yet gone out, and Samuel was lying down in the temple of the Lord, where the ark of God was.”

The lamp of God was something that was lit at night, and this little detail lets us know that what is about to happen takes place at night, or just before the dawn. The word of the Lord was rare. Visions were uncommon. Eli was getting old. Eli’s sons would not be the ones to continue service to the Lord. And it was dark. It’s hard to imagine a more hopeless situation.

Young Samuel was lying down in the temple, and the Lord called to him by name – “Samuel! Samuel!” And Samuel reacts the way most anyone would have. He said, “Here I am!” and ran to Eli. “Here I am, for you called me!”

But it was not Eli calling out to Samuel.

Samuel lies down, and the same thing happens again. The Lord calls to him by name, and Samuel thinks Eli is calling for him.

At this point, in case we are wondering why the young Samuel does not recognize the voice of the Lord, the author gives us this tidbit: “Now Samuel did not yet know the Lord, and the word of the Lord had not yet been revealed to him.” The priest who had been faithful to God was aging. The priest’s sons were greedily taking the sacrifices for the Lord for themselves. The word of the Lord was rare, and visions were infrequent. The temple was dark. It was night.

And our hope is resting on someone who does not yet know the Lord or recognize the Lord’s voice.

But the Lord continues to call out to Samuel, to bring the word, to reach out, to make a way in the darkness. The Lord calls out to Samuel a third time, and this time Eli realizes what is going on. Eli said to Samuel, “Go, lie down; and if he calls you, you shall say, ‘Speak, Lord, for your servant is listening.'” And Samuel does as Eli directs him.

Back in 1 Samuel 2, Eli heard a word from the Lord, and that word was terrible news for Eli’s family. His sons would not continue the priestly line. God would have to raise up someone else who would be faithful. Even still, Eli listens to God, and he assists Samuel in hearing the word of the Lord.

Listening to God is a practice we hone and develop. It comes more naturally to some than it does to others, and the less involved we are in listening, the more difficult it can be for us to do. And sometimes, no matter how hard we are trying to be faithful listeners, we need someone to help us listen. We need to practice listening to God, and we need to be mindful of ways we can encourage others with us on the journey as they try to listen to God.

Listening to God is a discipline – a practice – and it’s not easy for those of us who aren’t in the habit of listening. And even for those of us who have practiced, it can be very difficult. Silence isn’t always easy to come by, and there are a whole lot of competing voices.

Bernie Krause spends his life recording the sounds of what has been called “pristine nature.” He travels the world and produces recordings of all kinds of environmental sounds. He tries to get recordings that are representative of the environment he’s in, but he also tries to make sure there are no technological noises, transportation noises, or other things that do not occur naturally in the world.

The amount of “noise” in the world grows exponentially every year. Most people carry cell phones. When we ride in the car we have the hum of the tires on the pavement and music coming out of the speakers. When we’re at home, we turn on the television. Noise is everywhere. Silence is a rare commodity.

In our day, if it was to be said that the word of the Lord was rare, would it be because God is not guiding and directing us, or would it be that we simply cannot hear God over the din? Listening is like a muscle that must be exercised. The more we use it, the more we will understand how it works. And as we listen, we may find that we encourage others around us to listen, too.

For those of you who have spent many years as part of the church, who helped you listen for God? Who first noticed a gift you had and encouraged you to pursue it? Who saw something in you before you even saw it in yourself? Those people have given us a priceless gift, a rare treasure. They helped us tune our ears to the movement of God around us. And once we begin to discern and listen, we will be able to help others around us do the same.

I love the way Callie Plunket-Brewton puts it: “There are many voices competing for our attention and how many of us can say that we really know God well enough to recognize a word as being from God or someone else? There is one thing we can know, however. The overwhelming witness of the prophets is that God has no tolerance for those who prey on the weak, who abuse their power, or who eat their fill while others are hungry. Perhaps the difficulty of this message is how easily it can apply to us. Are we in the position of Eli or, worse, his sons, eating our fill and denying both God and our neighbors their share?” [2]

Are we Eli’s sons, eating our fill and taking what doesn’t belong to us? Are we Eli, farther on in our journeys with the Lord and now looking out for and listening with and helping others who are still learning to listen for God? Or are we Samuel, new to listening, unsure what God’s leading looks like, and looking for guidance?

If you are like me, we’ve probably been like all of these at some point along the way. Scripture challenges us to listen, and to help others to listen.

This week I came across a commercial for a Thai life insurance commercial. I had seen it before, but every time I do, it reminds me of how important it is to be present every day, to see those around us, to listen for that gentle leading from God to share love and light with those around us.

[1] “The Loss of Natural Soundscapes” in Earth Island Journal