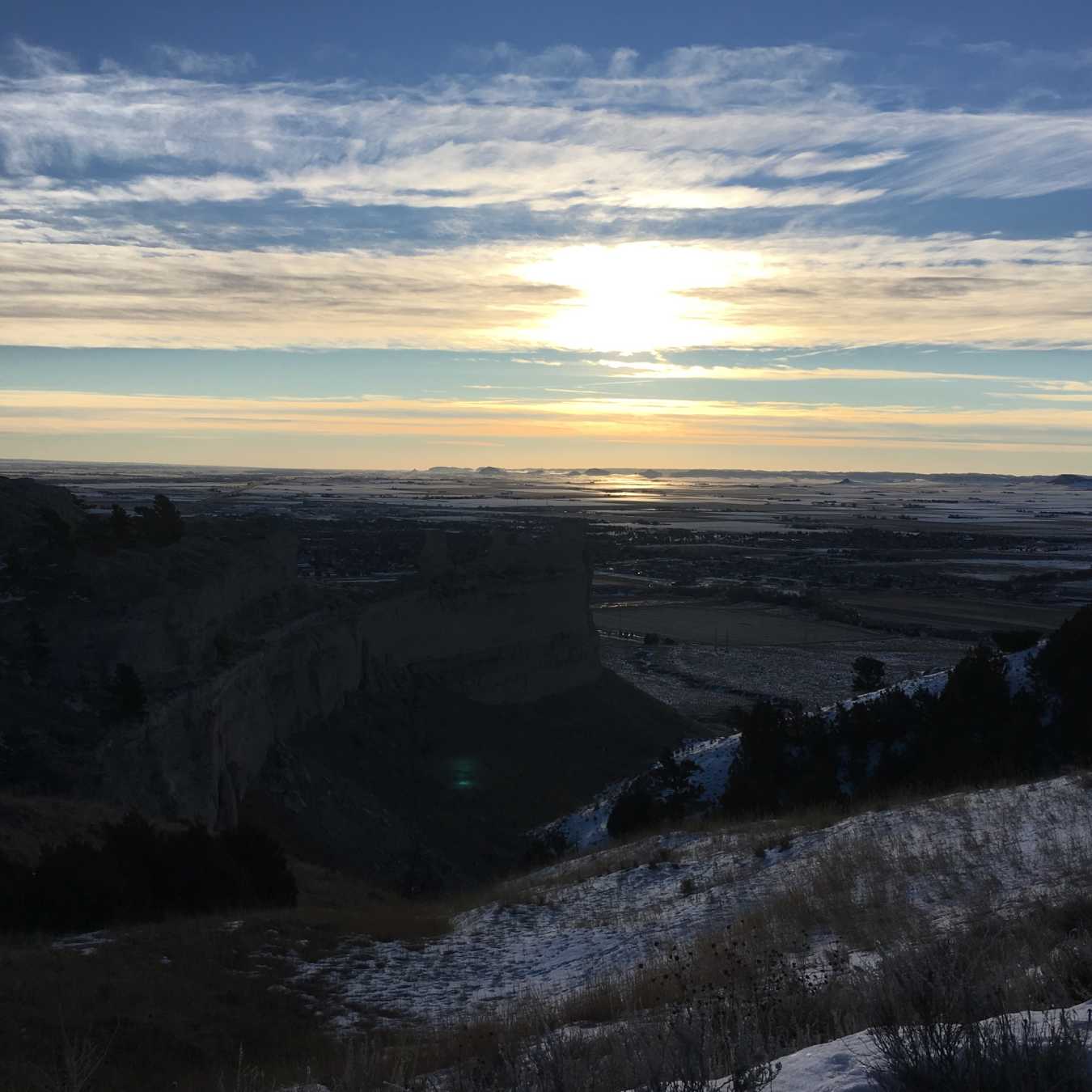 Water into Wine – a Story of Re-Creation

The story has been told about the moments leading up to the capturing of Ansel Adams iconic photo “Moonrise over Hernandez, New Mexico” in a way that leaves no question that Adams almost missed the magical moment. His son Michael tells the story this way:

Ansel was driving, and Cedric was in the passenger seat. I was eight years old, half listening to the banter, watching the world fly by out the window. We were in Ansel’s old Pontiac station wagon, heading back to Santa Fe . It had been a long day, and not, apparently, very successful.

I don’t really remember any discussion about the potential of Moonrise at the time, only that we were moving really fast. Ansel was by nature prone to driving fast, but skilled and certainly not reckless. It was quite a shock, therefore, to suddenly be on the gravel shoulder of the road, fishtailing and dust flying as Ansel slammed on the brakes.

Certainly not a direct quote, but at the end of it, Ansel knew he had something. He didn’t find the light meter, but made the exposure based on the known luminosity of the moon – 250 foot candles. The rest, as they say, is history.1

“Moonrise over Hernandez, New Mexico has been widely celebrated as a picture taken at just the right moment, a photo captured at just the perfect time. As for Ansel Adams himself, he was once quoted as saying, “Sometimes I arrive just when God’s ready to have someone click the shutter.”

In John 2, we read about the first sign Jesus did – turning water into wine at the wedding at Cana. This story is only found in the Gospel of John, and it is a story where timing seems to be everything. You see, running out of wine wouldn’t have been a problem if the party was nearly over. But, it wasn’t. The guests were still there. The party at the wedding was still in full swing. And the wine was gone, which meant someone was going to have to make an announcement or begin letting guests know that the wine was out, the party was over. What an embarrassment that would have been.

Instead of a big announcement and shame on the newly married couple, we find an interesting interaction between Jesus and his mother. In the Gospel of John, Jesus’ mother is never named in either of the two places where she’s mentioned, but her influence and importance can’t be missed. When Jesus’ mother saw that the wine had run out, she told Jesus simply, “They have no wine.” Jesus’ response is about timing, and because it’s the first time it has come up in John it might seem strange to us. “Woman, what concern is that to you and to me? My hour has not yet come.”

His hour for what?

His mother didn’t let his response deter her, and she pressed on. She said to the servants, “Do whatever he tells you.” Nearby there were six stone jars that John tells us were used for Jewish rites of purification. Jesus asks that they be filled with water. This is the part of the story we marvel over. Water went into the jars, and out of the jars came the best wine – better than what had been served at first. The steward said to the bridegroom, “Everyone serves the good wine first, and the the inferior wine after the guests have become drunk. But you have kept the good wine until now.”

This is the first of the signs Jesus does in John – one of seven – and in it we see the kingdom of God at work. The ordinary becomes extraordinary. The best is saved for last. The grace and love of God shows up where we least expect it, at a party in Cana of Galilee. This is the part we tend to focus on – the miraculous – but interestingly enough, John wouldn’t have wanted us to keep our focus there.

One of the main themes of John’s Gospel is that belief based on signs and wonders is shallow belief. Far better is to believe without seeing, to know God without needing God to prove who God is. We marvel at the extraodinary. We are astounded that not only did Jesus turn water into wine, but he turned it into wine that was better than anything that had been served. But, as Paul Harvey would have said, we need to know “the rest of the story.”

Water into wine was the first of seven signs, and the water was poured into six jars used for purification. I can’t help but notice a connection to creation, six days of creation and a seventh day of rest. Jesus’ ministry was the embodiment of the new creation that God was ushering forth into the world, and each step Jesus took was one step closer to the hour of his glory – the cross and triumph over death – and the call for the disciples (and us) to go forth into the world bringing the kingdom with us everywhere we might go.

The time had not yet come for Jesus’ glory to be revealed on the cross, but the time had come for love, grace, hospitality, and generosity to a couple who would have been greatly embarrassed and shamed for running out of wine. The time would soon come for the healing of an official’s son, feeding a great crowd with little resources, showing command over creation by walking on water, healing a man by a pool, healing a blind man, and raising Lazarus from the dead. Each sign that Jesus performed was as though another hour was ticking ever closer to the culmination of what Jesus would do – triumphing over death.

Interestingly, scholars often count seven signs in John, but only the first two are numbered. Jesus’ mother is present for the first sign – the changing of water into wine – and then she is only mentioned one other time. The next time we see Jesus’ mother is at the foot of the cross, when his hour has finally come. From the cross, Jesus entrusts his mother to John. And the Gospel simply states, “And from that hour the disciple took her into his own home.”

Early on in Christian faith and practice, Sunday began to be seen as the eighth day of the week. The resurrection took place early on the first day of the week – Sunday – but it was also the dawn of something new, the promise of re-creation and the age of the Church. When Christians called Sunday the eighth day of the week, it was an acknowledgement that the work of Christ was bigger than time, bigger than what had come before, and was bringing forth something new. When we are baptized and symbolically joined with Christ in death and resurrection, we physically act out the reality that what we see is not all there is. We belong to something that is beyond time and place, beyond what we can understand.

As the Church, we have been invited by the Holy Spirit to live as members of the new creation that, though not yet here fully, is making itself known in this world. In this first sign at the Wedding at Cana, we see Jesus acting from compassion and love. We see his mother believing and urging him to intervene. We see the surprise and wonder that the best wine was served later. And we also may see the beginning of each of our journeys with Jesus, journeys in which somehow grace, love, and mercy are shown to us in ordinary and extraordinary ways.

But, as the Church, we are also on the other side of those signs, and we are invited to join in as a movement of people living in the reality of re-creation. We are invited and urged to show compassion to others, just as Mary showed compassion to the couple at Cana. Perhaps her experience of enduring the shame from her community as an unwed mother led her to be keenly aware of others who might also feel outcast.

We are invited and urged to listen to Jesus, as the steward did, and to follow his lead even when what he calls us to do seems mundane, or nonsensical, or even crazy.

We are invited and urged to look around us with awe and wonder that we’re given grace upon grace, endless love, and boundless mercy.

And we are invited and urged to live in such a way that others will see signs of the in-breaking reign of God.

We have to look closely and carefully. We have to be alert. Or we will miss what’s all around us.

This last week, I stepped outside with my phone to try and capture the sunset. I snapped this picture:

Only moments later the view was gone. Timing is everything.

Brilliant for a moment, and then it disappeared. May God give us the eyes to see the extraordinary within the ordinary, the hearts eager to share compassion, mercy, and speak out for justice, and the willingness to step out with persistence and faith as people caught up in the movement of God.