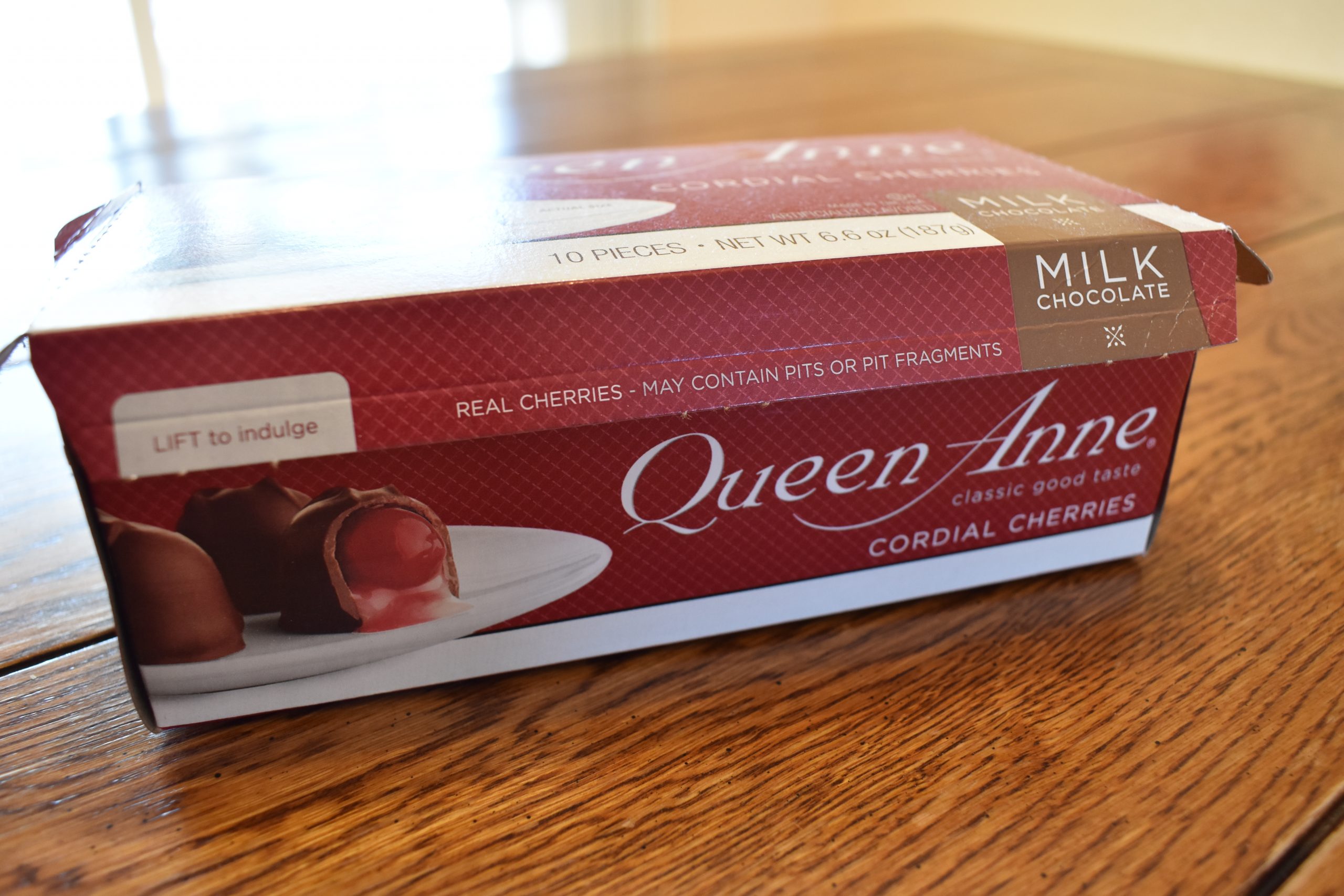 Nothing stops me in my tracks every year quite like seeing the first box of Queen Anne cordial cherries on a shelf in the store. They catch me by surprise every year, and almost compulsively I have to buy the first box I see. It might sound strange that these little boxes of super sweet treats can capture me quite like these do, but cordial cherries are about much more than cordial cherries to me.
Shortly after I graduated from college, I started making some of my own Christmas traditions. Some of them were bigger – like the annual cross-country road trip to see family every year. And some of them were small. One of my most favorite small traditions was buying the first box of cordial cherries I could find and mailing it to my grandpa who I didn’t get to see nearly as often as I would have liked to.
Usually around Christmastime, I would stop and see my grandpa. We’d visit while watching westerns on TV with him, and we’d usually go out to one of his favorite places to eat. But, even if we were planning to go visit him at Christmas, we always mailed the box of cordial cherries ahead. I don’t even know how this tradition began, but once it started it was clear I needed to keep it going every year. Aren’t traditions funny like that?
The tradition even became so much a part of what Christmas meant to us that sometimes my husband would buy the first box of cordial cherries he saw at the store because he knew that was important to me.
In early December seven years ago, my grandpa died. We rushed out to be with family, and then after we all went our separate ways again, I saw a box of cordial cherries. It seems silly, but I saw that box of cordial cherries, and I knew I had to buy it. It would never mail it, but I needed to buy it for me. I bought the cherries, brought them home, and cried as I opened the package.
Even though I wouldn’t be mailing that box, buying it reminded me of all those Christmases, all those hugs, all those visits. Something about buying that box of cordial cherries helped me make space in my heart and in the busyness of life to remember all of the beautiful memories of growing up with amazing grandparents. And now seven years later, I still have to buy the first box of cordial cherries I see every year.
Isn’t it funny the way our minds and hearts latch on to some of the smallest things? And those things, as small and as simple as they might be, have the ability to transport us somewhere different altogether. There is something about those little things that is sacramental. In their simpleness, in their everyday-ness, we find what matters the most.
For me, the simple things are things like the green candy dish atop the microwave at Grandma’s that always held homemade peanut brittle at Christmastime, or the exclamation of “oh my stars!” that meant one of my great aunt’s unrivaled hugs was about to envelop you.
Those memories are about love.
Love is what takes these formative memories and attaches them to the little things. In some sacramental and mysterious way, the love that we have for those who have gone before us is hidden in the littlest things, the simplest moments, and the most unexpected places.
So that when we are mindlessly shopping down the grocery store aisles, we might see a box of Queen Anne cordial cherries and be taken somewhere different, even if only for a moment.