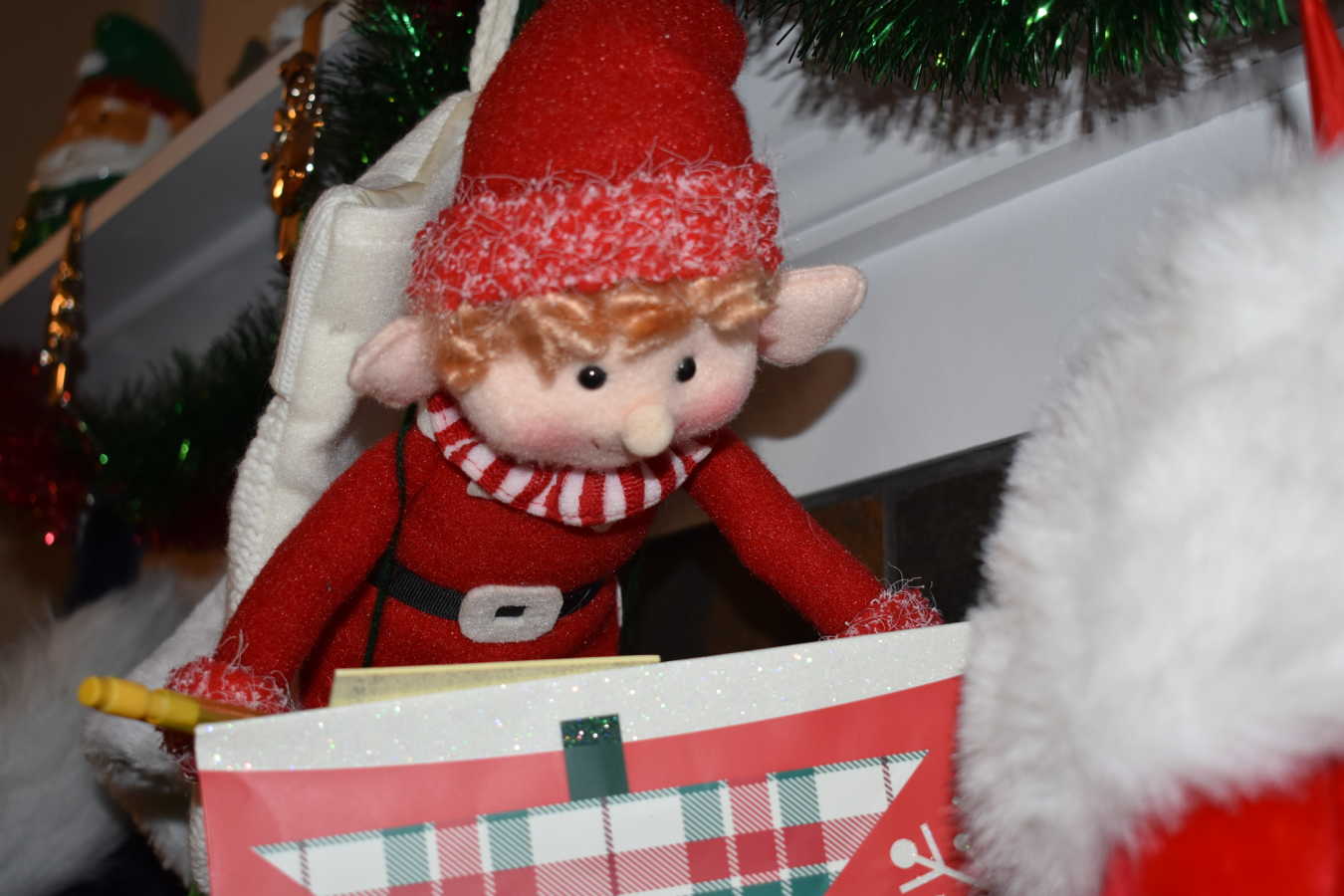 When I first learned about Elf on the Shelf, I wasn’t just skeptical; I was resistant. Even though all of the elf antics looked like lots of fun, I also knew how busy December could be in a household with two pastors and two school-age kids. I watched the silly things the elves at my friends’ houses would do, and while I thought it looked like fun from afar, I had no desire for more busyness in my house at one of the busiest times of the year.
Everything was going just fine on the elf-resistance front until my daughter went to first grade. Shortly after Thanksgiving, an elf showed up in her classroom. Her elf did all kinds of fun things, and every day the thing she was most excited to tell me about was what her classroom elf had been up to that day. She started asking for an elf at our house. She started writing letters and putting them in the mailbox addressed to the North Pole.
She asked, and she pleaded, and she begged.
And, I was so resistant to the idea, that it didn’t happen.
The next year, the same thing happened, only this time, the letter writing started in August, and it continued on a very regular basis all the way through November.
The first Sunday of Advent, we were visited by a little elf. One child named him George, and the other child named him The Happy Elf. We combined the two, and now George the Happy Elf is a very favorite tradition in our house. My daughter was so thrilled, I thought she might burst.
Every morning, she came barreling into my bedroom well before my alarm was set to go off to tell me, “It’s a new day! Let’s see what George is doing!” And, we’d all drag ourselves out of bed and wearily stumble to wherever it was that George was doing something new in our house. Our elf isn’t naughty. He doesn’t do anything terrible complicated. He shows up the first Sunday in Advent and stays through the twelve days of Christmas.
Last year he acted out scenes from the movie Elf, and this year he is doing hilarious interpretations of favorite Christmas carols.
Even though elves are not traditionally associated with the Christian meaning of Christmas, I have found far more joy in our little December visitor than I ever expected. Extra early morning wake-up calls may not be high on my list, but there’s absolutely nothing more delightful than the excitement of kids racing through the halls looking for joy and laughter as soon as they get out of bed.
Henri Nouwen once wrote: “Joy does not simply happen to us. We have to choose joy and keep choosing it every day.” What would it look like for me to open my eyes to the morning light and choose joy every day, just like my kids seem to do with ease? How might it change my life if I chose joy before my feet even hit the floor?
George the Happy Elf reminds me of the importance of choosing joy daily, and of looking for joy in the smallest of places. Sometimes that place is a “choir” of cutie oranges with faces drawn on. Other times it is in the belly laughs of kids who’ve discovered something fun and unexpected each day.