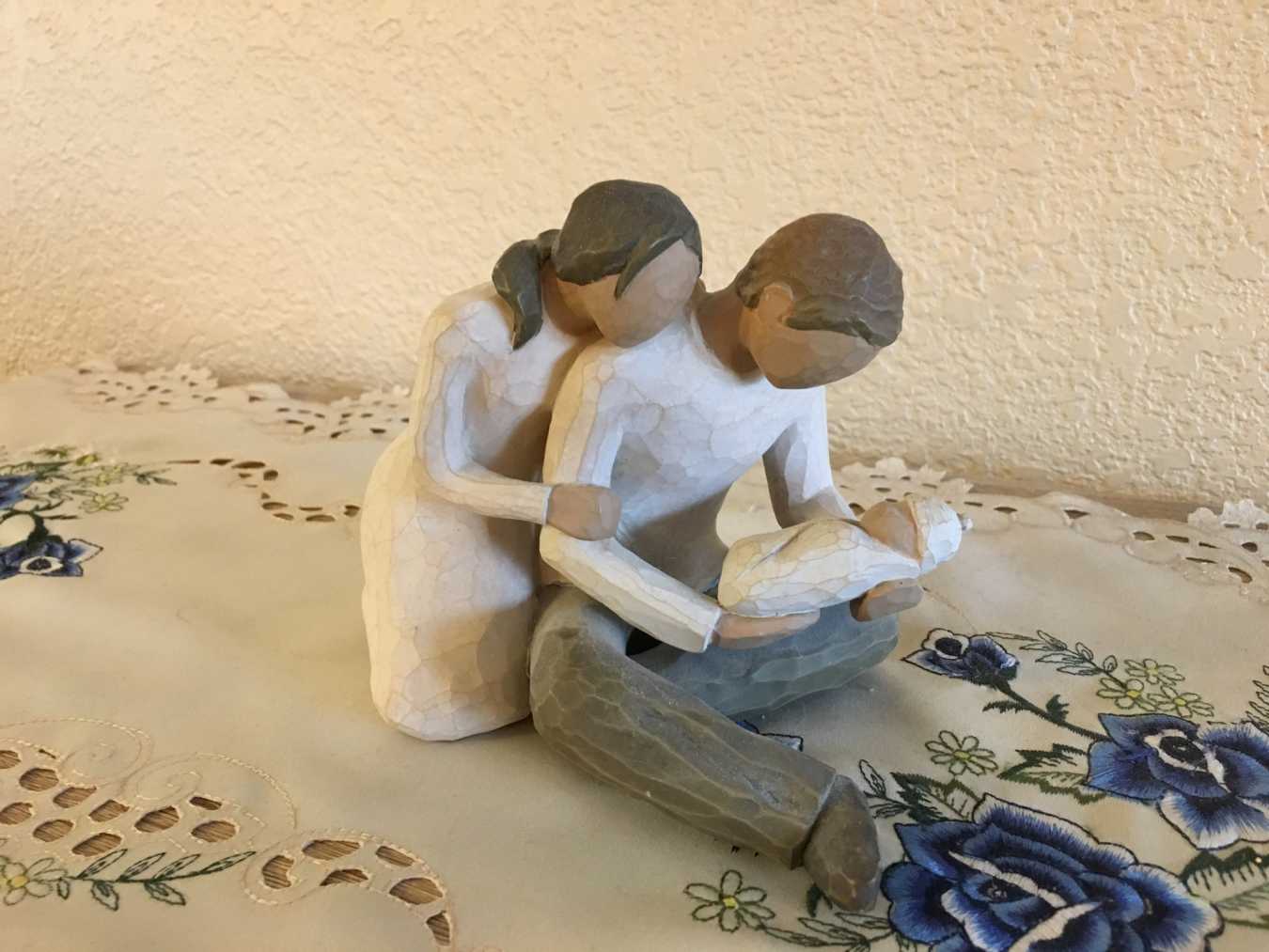 When I was younger, I loved going to church on Mother’s Day. We had some very creative people in our church, and they made little pins for women in the congregation to wear. One year, when Easter was at the end of April, the Mother’s Day pins were painted with little bunnies. I also remember years with carnations being handed out by the ushers to all women as they entered for worship. I thought it was nice, and I loved seeing my mom get to pin that carnation on. I felt really proud and happy to see my mom getting some recognition. She stayed home with us when we were growing up, demonstrated sacrificial love to us on a consistent basis, and never would have given herself the recognition she deserved. So, I liked it that one day a year, we all got to do something to show our love and thanks.
When I got older and was newly married, I thought church on Mother’s Day was hilarious. Every single child wished me a Happy Mother’s Day, even though I wasn’t yet a mom. They thought all grown-up girls were moms, and that simple thinking made me smile. Later on I realized how painful that might be for someone who desperately wanted children, but was going through infertility. But, as a young, newly married person, I didn’t really think beyond the awkwardness of being wished a Happy Mother’s Day when I wasn’t a mom.
Since that time I’ve heard sermons on the pain of Mother’s Day. I’ve heard backlash against the consumerism of Mother’s Day and how it’s infiltrated the church. And, I’ve heard of churches refusing to even mention Mother’s Day on that Sunday morning in worship because it’s not in the liturgical calendar; it’s simply a social observance.
But, I wanted to shared with you an experience I had in a church on Mother’s Day back when I was a newly married seminary student. It’s so outrageous that whenever I’ve told this story, people can scarcely believe it. But, it’s true.
My husband and I were both full-time students in seminary, which meant that most Sundays we were involved in the congregation where we served as interns. For whatever reason, on this particular Sunday, we had a day “off” to go to any church service we wanted to. We decided to try out a church we’d never been to, and that was what we did.
The first thing that stood out to me was the sea of hats in the congregation. Every woman seemed dressed to the nines with huge hats, large boutonnieres, and dresses that were intricately and ornately decorated. The next thing that stood out to me was how many women were given space to speak from the platform up front. Now, of course, none of them used the pulpit. There was a little music stand set up for the women to place their notes on. But, I had never heard so many women speak in one worship service.
The women told stories about the joys of motherhood, and about memories of their own moms. Even though I had grown up with Mother’s Day being woven into the worship service, this was more “motherhood talk” in one service than I had ever heard.
Then the pastor got up and read from Scripture and began his sermon. The sermon was about sacrificial love and servanthood, and how that is best demonstrated by mothers. He talked about women and mothers in a way that went far beyond faithfulness, and veered into motherhood as subservience and obedience to the husband. I was feeling terribly uncomfortable during the sermon, but I decided that maybe I was just too sensitive having spent all year in seminary working with inclusive language.
And then, something happened I will never forget. The pastor said this: “Our song of response is one just for the women to sing. And so, I’d like to invite all women in the congregation to please stand, turn toward your husbands, and sing.”
The organ started playing “Make Me a Servant.”
I’m not kidding. I wish I was.
I started to sing the first line of the song, and then I felt all of the blood rush out of my face. I slowly sat back down. I leaned over and whispered to my husband, “I hope you’re not offended that I sat back down.”
He replied, “I’m not. I hope you’re not offended that I kinda want to walk right out of church right now.”
I love my husband.
This Mother’s Day, whatever you do in church – whether you celebrate motherhood, all women, or don’t mention Mother’s Day at all – please remember that God did not create women and mothers to be enslaved to their husbands and children. God created women in his image, as people uniquely gifted and called. God pours out the Holy Spirit on men and women alike. There are even images in Scripture of God caring for God’s people as a mother – lots of them, actually.
Mother’s Day is not just another opportunity for the church to relegate women to approved “women’s ministries,” but it is an opportunity to celebrate the diversity of what it means to be a woman and a mother called by God. The latter of those is a day I think the church would do well to celebrate. But, as for me, if I’m going to sing “Make Me a Servant,” I’ll only be singing those words to God. And, my husband is more than OK with that.