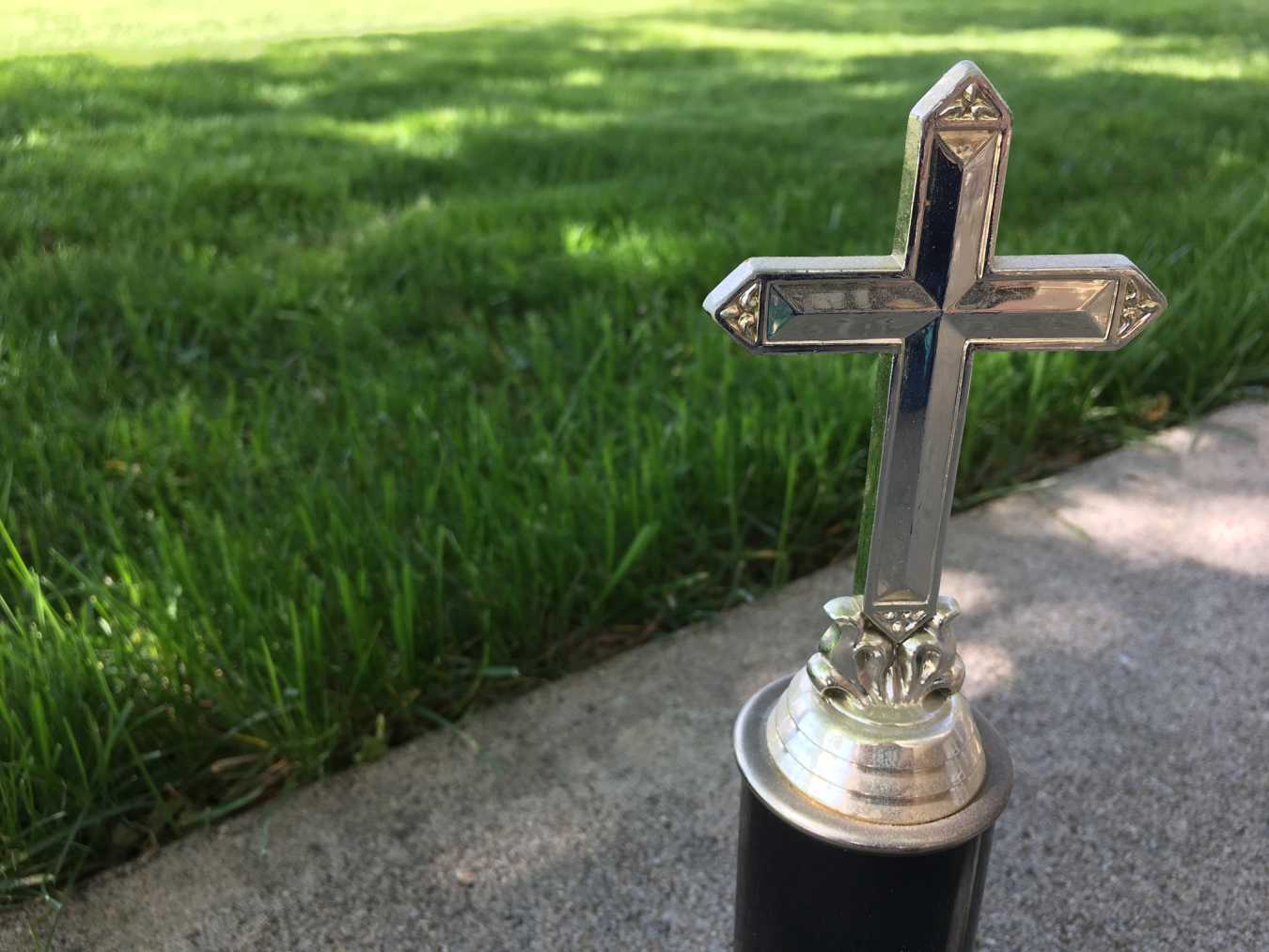 When I was a kid, I saw Mr. T on TV and asked my mom, “Momma, is that Jesus?”
I know Art Linkletter said “kids say the darnedest things,” and they do. But, I think those “darnedest things” are so humorous, or so frustrating, or so insightful because kids have a way of seeing straight to the heart of things. Kids say what’s real, even if what’s real isn’t what’s socially acceptable.
The truth is, I wanted Jesus to be like Mr. T. I wanted Jesus to be someone big and strong and muscular who didn’t take flak from anybody. I wanted Jesus to be intimidating to his enemies and compassionate to his friends.
I think the disciples wanted Jesus to be like Mr. T, too. They wanted someone who was strong, someone who didn’t let people walk all over him, someone who would be the muscle to end the oppression they were experiencing at the hands of the Empire. They wanted someone who could effect change, by force if necessary.
Sometimes I still want that. I want to know that when difficulties arise, or troubles come, or people turn on me, that Jesus will stand in front of me and say, “I pity the fool who messes with her.”
I want that.
I want to follow a leader who gets what he wants, don’t you? Where there are divisions – I want the one who rises to the top. Because, who wants to follow someone who isn’t strong? Who wants to follow someone who doesn’t win? Who wants to be a part of a group that doesn’t stand a chance?
Who wants to get picked for a team of misfits who will never make it to the big leagues?
As a kid, I wanted to make sure I was following someone who was strong, because I knew I wasn’t. I was scrawny, and nerdy (still am), and not very athletic. I wanted someone who made up for all my weaknesses. I wanted someone who would win.
But, Jesus didn’t reveal himself as Mr. T. He didn’t promise things would be easy. He didn’t assure his followers that being on his team meant no more struggle, no more defeat. Quite the opposite. He pointed to the cross. He told them that following him meant following in a way of suffering. He didn’t choose disciples because they were the best or the brightest. By the end, every single one of them had deserted him, even his most outwardly dedicated.
Jesus didn’t come to flex his muscles and fight until the kingdom was established. No. He came as the kingdom, and the kingdom was one of service, one of encircling the most vulnerable, one of compassion, self-giving, and love.
While the nations of the world jockey for power, and while the political parties of the United States try their hardest to achieve some kind of dominance, and while denominations are consumed by in-fighting, I can’t help but wonder where the church can be found. Is the church found in these in-fights? Is the church found in these struggles for power?
Have we learned nothing from the disciples arguing over who the greatest might be?
Haven’t we wearied of pleading with Jesus for seats at his left and right hand?
Haven’t we tired of building platforms and kingdoms of our own?
Sometimes I think even though Jesus was pretty clear that the way up is the way down, that the way into the kingdom isn’t through power and status, we are still hoping for a loophole. We are still hoping that what’s required isn’t humility and service. We are still hoping that Jesus will grant us some divine exception clause so that we don’t have to love the people who make us the most uncomfortable.
We want to be guaranteed that we will win.
We want to be guaranteed that our way of thinking, our way of believing, our way of doing this living-out-our-faith thing is the way everyone ought to be doing it.
I think this is one reason for the push back against the “feminization of the church.” We want church to be a community of the strong. We want to be members of the winning team, the team everyone else wants to be on.
We want the winningest strategies, the power on our side.
Jesus calls us to lay all of that down.
The kingdom that Jesus is ushering in is far better than anything we might be working toward. Jesus’ vision is far clearer, far better, farther reaching than anything we could ask or imagine. Jesus doesn’t call us to follow him so that we can arm wrestle the world into receiving the kingdom. Jesus calls us to follow him – the One who embodies the kingdom – so that we might become more like citizens of the kingdom of heaven. The more we become like Jesus, the more the world will reflect the kingdom that we so desperately long for.
We won’t get there by force. It will arrive. It will come to us when we least expected it to. And when it comes, it will be far more glorious than anything we could have ever imagined.
In the mean time, all our power struggles will do is rob us of experiencing glimmers of the kingdom here and now.
May God open our eyes and our hearts and our arms to receive the kingdom, and then send us out so that we can be glimmers of the kingdom in the world.