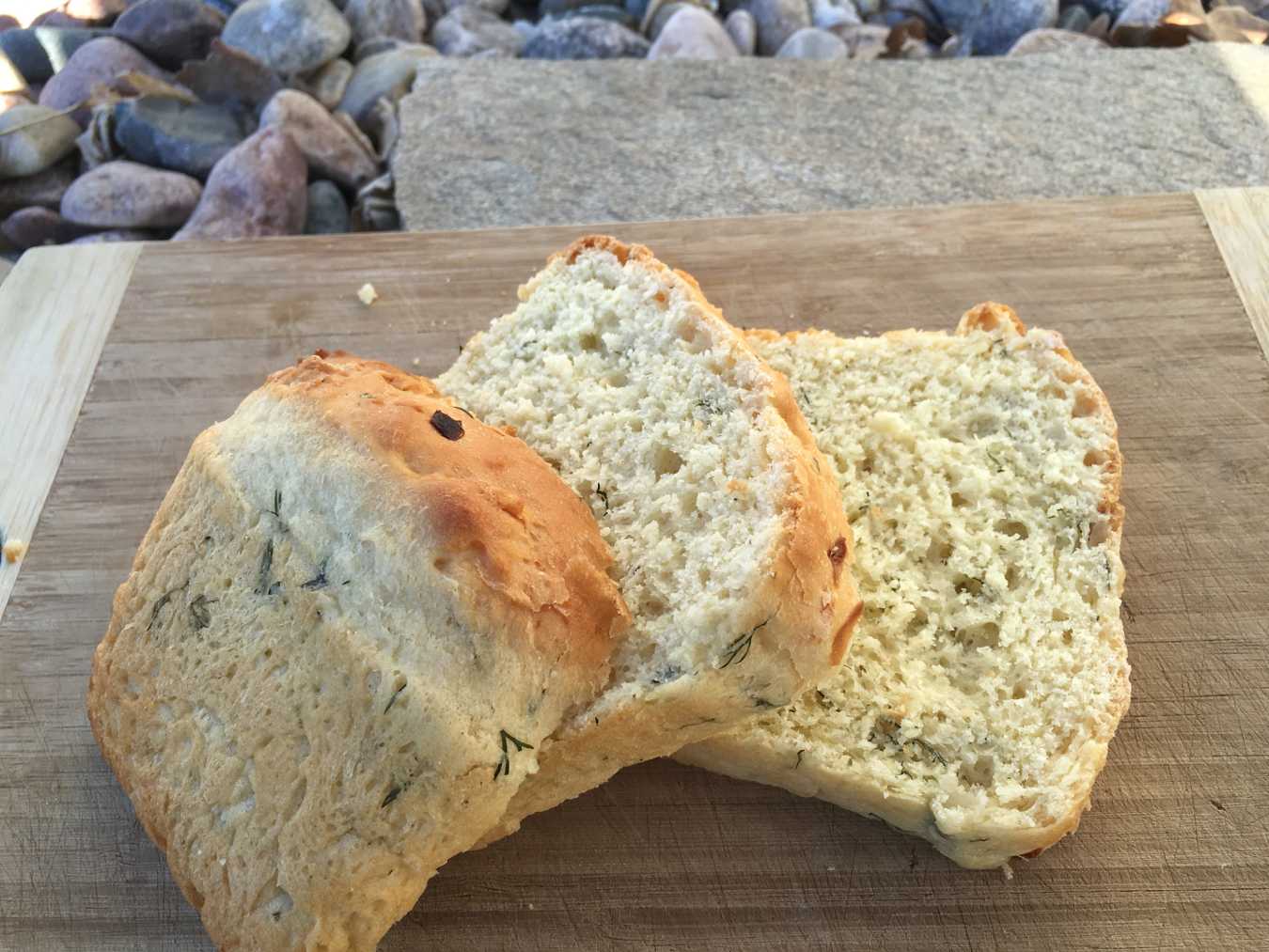 The Gift of Temptation

I have a confession to make: I am a logophile. I’m a lover of words. I never had a hard time writing papers in college or seminary, unless the problem was making my papers too long and having to find ways to cut them down to size. As a child, I used to read the dictionary. Have you ever done that? I would read one word, which would encourage me to look up another word, and another word, and so on. And, now that I’ve taken some German, Spanish, Hebrew, and Greek, I’ve found that I love etymology (looking at the root of words) about as much as I love the words themselves. It’s fascinating to me how words are built, and sometimes there is deep meaning in learning where our words come from.

But, despite my love for words, there is one word that I have tremendous difficulty saying. It’s a small word, a common word. It’s a word pretty much everyone knows – even the youngest of children. It’s one of the first words people learn when studying English. It’s easy to spell, easy to pronounce, but incredibly difficult to say.

I have multiple opportunities a day to say this simple word, but it’s amazing how many times I choose not to say it – out of fear, or embarrassment, or a hero complex, or just wanting to be helpful.

Any guesses on what that little word might be?

I wonder if I’m the only one who finds that word hard to say and use in my daily life.

It’s hard for me to say because there are so many good things out there in the world. There are so many opportunities, so many needs, so many people who could use a helping hand, and I want to help meet those needs and fill those voids.

This little word is a big part of the fifth gift we find in the Dark Wood. So far we’ve looked at the gifts of uncertainty, emptiness, being thunderstruck, and getting lost. Today we turn to another strange gift – the gift of temptation. Most often, when we talk about temptation in the church, we talk about the temptation to participate in evil things – lust, greed, etc. But, if we look at the temptation of Jesus in the wilderness, we find something different. Here, Jesus is tested, not by being asked to indulge in evil things, but by being asked to participate in things that might otherwise seem good.

Jesus is asked, first, to turn stones into bread. The bread Jesus could have made could have satisfied his hungry body, and there were likely enough stones that he could’ve fed many hungry people. Jesus refuses to do it, but a little while later would take a small amount of bread and fish and feed a great crowd. Next, Jesus is asked to rule the world. Within this temptation there is something more sinister – the temptation to worship someone other than God, but, even in this temptation there is something good that Jesus would promise to later do. It just was not yet time, nor was the method to getting there appropriate. But, out of the three temptations we read about, only this one contains within it the temptation to doing something blatantly wrong.

In the final temptation, the devil asks Jesus to throw himself off the pinnacle of the temple with the assurance that God would save him spectacularly by employing the hosts of heaven to come to his rescue. Jesus refuses, but in other cases Jesus walks on water, calms stormy seas, and heals people who seem beyond hope. The temptation was not in showing his glory, but in doing so when it was not the right good for him to do.

Eric Elnes, author of Gifts of the Dark Wood, puts it this way: “The point is none of these activities would harm anyone. Not initially, anyway. And Jesus does feed the hungry, change the political equation, and perform miracles at various points in his ministry…The problem is, as we’ve seen, there is a world of difference between doing good, and doing the specific good that you are called to do…You can (and will) do a lot of good by walking the path that brings you most fully alive in this world, but in order to stay on this path, you must learn to say no to doing a great many ‘good’ things.”

A couple of years ago, I participated in this health incentive through the denomination where I wore a pedometer and kept track of my steps each day. We were supposed to aim for a certain average number of steps per day (I think it was 10,000), and some days it came more easily than others. On days when I was running a mile or more, the steps came easily. On a day when one of my kids was sick, and they needed lots of cuddle time and stories read to them, it was a struggle. But, it seemed like the desire to please, even the desire to please an inanimate object, motivated me enough that I would about run myself into the ground to get the number of steps I needed.

Being active is a wonderful thing; being active at the expense of everything else, is not so wonderful. There are times to push through and do hard things, and there are also times to realize that things are hard because we’re trying to do something that is not ours to do. We’re depleting ourselves without taking the time to discern what things God is actually calling us to be involved in. We’re exhausting ourselves because we’ve not yet learn that it’s okay to say no, even to the best of things.

Temptation is a gift because it gives us the opportunity to learn who we are and what we are called to do. Or, as reformed people-pleaser Antonia Hoyle put it, “I’m also coming to realize that focusing on what others want has robbed me of my own identity.”[1]

Or, as Anna Marion Howell put it: “We, like Christ in the wilderness, must learn to be faithful stewards of the gifts and abilities we have. Obviously, none of us can turn stones into bread. But we were all sent to earth imbued with spiritual gifts.”[2]

The Gospel reading from the lectionary for this week comes from John 12, and in this story we find Mary – sister of Lazarus and Martha – pouring out expensive perfume on Jesus’ feet and wiping his feet with her hair. The pound of nard she poured out was worth an entire year’s wage. Rather than using it sparingly, she dumps all of it on the feet of Jesus. Judas looks down his nose at her, and he criticizes what she’s doing. Judas said, “Why was this perfume not sold for three hundred denarii and the money given to the poor?” John makes sure that we know that Judas really wasn’t speaking out of a concern for the poor, but it is interesting to think about his criticism of Mary’s lavish and seemingly wasteful actions.

In response to Judas’ criticism and suggestion that another “good use” of the nard would have been more appropriate, Jesus said, “Leave her alone. She bought it so that she might keep it for the day of my burial.” She bought it for this. She had clarity about what she was doing. She may not have known everything about what she was doing, but she knew enough to do it in the face of ridicule and criticism.

I love how Barbara Brown Taylor put it:

“Whatever Mary thought about what she did, and whatever anyone else in the room thought about it, Jesus took it as a message from God–not the hysteric ministrations of an old maid gone sweetly mad but the carefully performed act of a prophet. Everything around Mary smacked of significance–Judas, the betrayer, challenging her act; the flask of nard–wasn’t it left over from Lazarus’ funeral?–and out in the yard, a freshly vacated tomb that still smelled of burial spices, waiting for a new occupant. The air was dense with death, and while there may at first have been some doubt about whose death it was, Mary’s prophetic act revealed the truth…. So Mary rubbed his feet with perfume so precious that its sale might have fed a poor family for a year, an act so lavish that it suggests another layer to her prophecy.  There will be nothing economical about this man’s death, just as there has been nothing economical about his life.  In him, the extravagance of God’s love is made flesh.  In him, the excessiveness of God’s mercy is made manifest.”[3]

The temptations we face are opportunities to discern how God is calling us to live. They are moments in which we – after wrestling and grappling – are confronted with the truth of who we are. In those moments, we are given the opportunity to love our neighbors as we love ourselves, even when sometimes we want to deny who we are to keep the peace. We may find naysayers around us who think our choices and our actions are foolish. But, when we are given the gift of temptation, and the opportunity to discover who we really are in Christ, we can go forward with the confidence that so many others have walked this road before – the kneeling prophet Mary, and our Lord Jesus.

May we find the strange gift of temptation in the Dark Wood to be an opportunity for self-discovery. May we strengthen the muscle of saying “no” when we need to, as we realize that our yeses will be far more what they need to be when we are following God’s leading. And, even when we fail, may God grant us the assurance to know that even in our failings we are God’s beloved children, invited to the banquet, and welcomed home with open arms.

[1] Don’t Keep Saying Yes: Why You Need to Stop Being So Nice by Antonia Hoyle