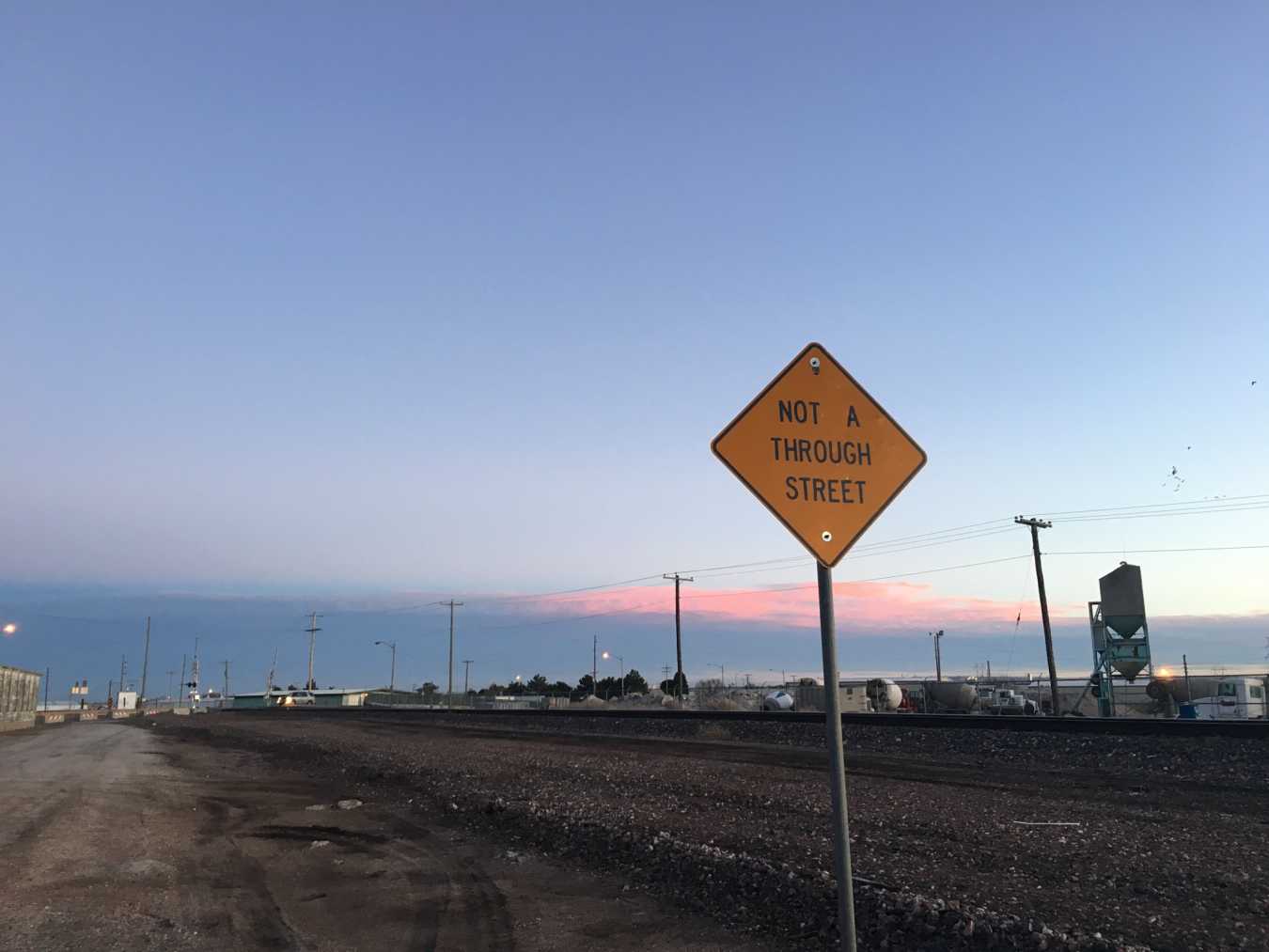 The Gift of Uncertainty

I’m not a big fan of horror movies. Let’s just say after the last time I watched a scary movie, I really wanted to sleep with the lights on. Every creaking sound, every time the pipes clanked, it would send my imagination into overdrive.

I don’t think I’m alone in this. At least I hope I’m not.

In college I was a communications major and, in one of my communications classes, my professor showed us clips from two different films. Both films were action movies, and both films involved a scene where the antagonist – the “bad guy” – was holding hostages and was hurting them. In the first scene, all of the bad things the captor did were played out before our eyes. In the second scene, the hostage-taker told a woman and her daughter what he was going to do to them, pulled them into another room, and then the screen went blank.

“Which scene was more upsetting to you?” our professor asked.

Without exception, every single person in our class said the most upsetting scene was the one that did not show the violence. It turns out, what our minds imagined was far more disturbing than if we had been able to see. This is part of what makes Alfred Hitchcock movies so terrifying. He doesn’t show you everything; he gives you a taste, and lets your imagination do the rest.

There’s something about the unknown that grips us. Our fear of what we don’t know can keep us from doing what we know we need to do. We can be so afraid of the unknown that we won’t allow ourselves to move forward. No matter the awful stuff we’re surrounded by, sometimes our fear keeps us stuck where we are. Perhaps we even think to ourselves, “Better the devil we know than the devil we don’t.”

Jesus went to Jerusalem for a festival, and he came to a pool called Beth-zatha, which was by the Sheep Gate. While Jesus was there, he saw a man lying beside the pool. Jesus knew the man had been lying there a long time, and our passage tells us that the man had been ill for 38 years. I think this is one of the strangest healing stories in the Bible. Usually people cry out to Jesus, or someone comes to Jesus on behalf of a friend or family member and asks Jesus to bring healing. In this story, Jesus approaches the man beside the pool. Jesus notices the man’s condition, and Jesus knows that the man had been there for a long time.

Jesus initiates the conversation, and he asks a bold question, “Do you want to be made well?” How would you answer if you had been in this man’s shoes? Jesus asks if he wants to be made well and, rather than answer the question, the man explains to Jesus why he hasn’t made it into the pool for healing yet. The man says, “Sir, I have no one to put me into the pool when the water is stirred up; and while I am making my way, someone else steps down ahead of me.” Wow. That’s not exactly the exuberant “Yes!” we’re used to or expect. It almost reminds me of when you ask a child, “What are you doing?” and they respond guiltily and overly hastily, “I wasn’t doing anything!”

In a sermon Nadia Bolz-Weber preached on this passage she says, “Not to diminish his illness but it makes me wonder what the payoff might have been to staying ill since when asked if he wanted to be made well he didn’t seem very interested.” What she means by that is that life change is hard, and sometimes – even though we don’t want to admit it – we resist changing because what we know, what we’re familiar with, is less scary than stepping out into the unknown. Eric Elnes, author of Gifts of the Dark Wood, writes, “To heal this man would be to disrupt everything he knows and has become accustomed to in this world. It would take away his certainty.”

Jesus takes all the initiative here. He sees the man. He notices his condition. He asks him a question. And then, despite not receiving an answer to his question, Jesus heals him and sends him on his way. Perhaps the comfort of certainty – knowing what life would be like if nothing changed – kept this man from being eager about the uncertainty of what life would be like if he was well. Now, don’t mistake me. I don’t want anyone to hear me saying that illness and sin have some kind of cause and effect relationship. I don’t mean that at all. But, I wonder if Jesus knew that this man had given up on himself. He could see that it had been a long time since the man had really tried to get into the pool, or take any risks.

Nadia Bolz-Weber said it this way:

In the face of Christ this man was confronted with the truth.  And that truth may have stung, like truth so often does, but it also set him free. But the fact that he was able to take his mat and walk away obviously had very little to do with his own desire to be healed. What it had to do with is God’s desire for his healing.

That’s God’s thing. Seeing us. Offering the truth. Restoring that which is broken.  Pursuing our healing long after we’ve given up. Loving us into wholeness. And wanting us to be made new, to be made whole, to take up our mats and walk.[1]

When we are too afraid of the unknown to step out and do something new, or when we’ve been burned by life and we’ve simply given up, God sees what’s real and moves us forward into what seems to us like uncertainty.

Uncertainty can be scary. It can seem like a curse. It can cause our imaginations to run away with us as we imagine all the worst case scenarios. The truth is, uncertainty can be a gift. But, that doesn’t make it easy to live with.

This week, I came across a quote from the Narcotics Anonymous book that says this:

“Do we really want to be rid of our resentments, our anger, our fear? Many of us cling to our fears, doubts, self-loathing or hatred because there is a certain distorted security in familiar pain. It seems safer to embrace what we know than to let go of it for fear of the unknown.”

We view uncertainty as a curse when we look at it through the eyes of fear. When the future and the uncertainty that comes with it is the playground for our imagination’s worst fears, sometimes we’d rather stay where we are, and deal with the heartache, brokenness, and suffering than chance something worse happening.  Like Jon Jorgenson said in his spoken word piece:

“I used to be afraid of tomorrow. Afraid that who I was would continually dictate who I am and that who I would be might be someone who I didn’t like very much at all…as if there was no such thing as being made new…I used to be afraid of failure. Afraid of losing. Afraid of falling. Afraid of being wrong, creating busts, and looking absolutely stupid because who am I to think that I could ever actually make a difference?”[2]

Where in our lives are we stuck, too, clinging to the certainty of what we know? Are we staying there because of fear, or because we’ve given up hope that things could ever be any different for us?

If you are feeling stuck today, Jesus is there ready to ask you the tough questions, too, ready to help you be free. That doesn’t mean it will be easy. Not even close. David Foster Wallace once quipped, “The truth will set you free. But not until it is finished with you.” Archibald MacLeish once wisely noted, “Religion is at its best when it makes us ask hard questions of ourselves.” And sometimes that whole process of being confronted by the truth will lead us into the fog of uncertainty, and we might even think the only thing we’re certain about is that we’re afraid.

“Do you want to be made well?”

The man found mercy in Beth-zatha, the house of mercy. We find mercy, too, wherever we might find ourselves.

Uncertainty looks like a curse when viewed through the lens of fear, through the worst-case scenarios our minds play out; uncertainty looks much more like a gift when we look at it through the lens of hope. And the good news in this passage is that even when we’re too weary to hope, Jesus isn’t too weary to hope for us. Even when we’ve given up and resigned ourselves to staying stuck where we are, Jesus draws near to us and speaks the truth that will set us free.

This week, scientists just announced that they detected gravitational waves.[3] On the surface, and for those of us who maybe don’t always pay attention to what’s going on in the scientific community, this may seem like no big deal. However, 100 years ago, as part of Einstein’s general theory of relativity, Albert Einstein suggested that gravitational waves passed through the universe. In order to detect these waves, a cataclysmic event would have to take place in the universe – like the collision of black holes. Einstein did not think technology would ever be able to detect their existence, but he believed they were there. Though he could never prove it with certainty, within the uncertainty he still knew they were there. Over 100 years later, scientists heard a chirp that lasted only one-fifth of a second, and that chirp was the proof that Einstein thought would never come. Gravitational waves are real.

Uncertainty and lack of proof can be gifts and opportunities. Sometimes we are able to hold onto these on our own and have hope. Other times, we need Jesus to draw near and speak to us. But no matter what, no matter our uncertainty, no matter our doubt or the difficulties we are facing, the good news of the Gospel is that God never gave up on us. When we were hopelessly stuck, God made a way for us, and will continue to make a way, out of deep and abiding love.

Imagine a World Where Love Is the Way