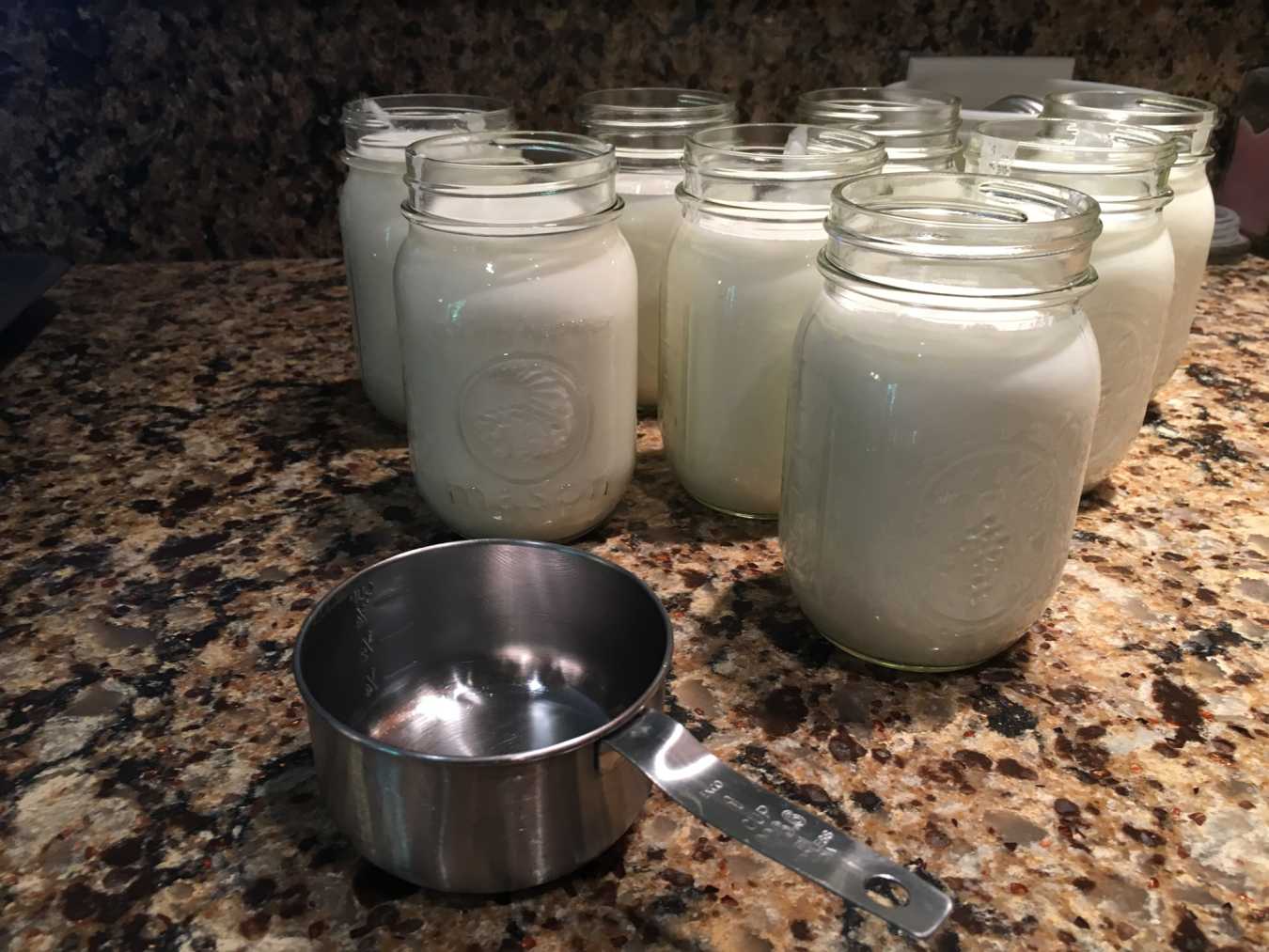 Yogurt and the Kingdom of Heaven

I love to cook and bake. It’s a bit of an obsession I have. It’s not uncommon to find me in the midst of several food projects at once. I love to bake bread, try new foods, and I’m always on the hunt for new recipes online or in magazines. One of my very favorite things is discovering recipes for foods I typically just buy at the store. Bonus points if the recipe takes several hours to make. So, when a friend shared her crock pot yogurt recipe with me, I had to try it. And, I’m so glad I did. Homemade yogurt is sweeter than what you get at the store, you can control what you put into it, and it makes for easy breakfasts and healthier, homemade popsicles for my kids.
In December, I became very sick with a systemic strep infection (that went undiagnosed for almost a month), and was subsequently put on a very harsh antibiotic. Yogurt was my go-to food to try and recover some of what I was losing by taking this medication that I desperately needed. It helped tremendously. And, I got hooked on making my own yogurt.
The crazy thing about homemade yogurt is that you only need two ingredients: milk and a cup of yogurt (the kind with no gelatin added). That’s it. From a gallon of milk and a cup of yogurt, you can make a gallon of yogurt.
Pretty cool, huh?
When you make homemade yogurt, you get to decide which live and active cultures you want to include. Whatever cultures are in the yogurt you start with are the cultures you grow in your yogurt. One cup of yogurt is all you need to turn a gallon of ordinary milk into a gallon of sweet, satisfying yogurt.
Jesus once said, “The kingdom of heaven is like yeast that a woman took and mixed in with three measures of flour until all of it was leavened” (Matthew 13:33).
If you’ve ever baked bread, you know that to make two loaves of bread, you don’t need very much yeast. Less than a tablespoon, usually (depending on your recipe). That image of the Kingdom being a lot like yeast really connected with me. A little bit goes a long way.
This morning, as I was ladling homemade yogurt into mason jars, I realized that the kingdom of heaven is a lot like yogurt. You start with just a cup and soon it has multiplied. It doesn’t take very much to make something ordinary into something extraordinary. And just like my yogurt sitting in the oven with the light on overnight, the process of multiplication and growth has nothing to do with me.
That’s the most amazing good news.
If it was up to me, the whole batch would flop.
Don’t get me wrong, sometimes I try to grow my own cultures, too, as far as the kingdom is concerned – but those cultures are sometimes those of discontent and division and strife. Those things grow, too. It doesn’t take much of them to sour the mixture.
When you make yogurt, you first heat the milk up to a point that kills all the unhealthy bacteria. And you have to make sure every dish you use, every utensil that touches the mixture, is sterile because not only can you grow the healthy cultures, you can also grow the unhealthy ones.
It doesn’t take much to turn that yogurt in the oven into something you’d never want to eat.
But, no matter how much we grow and multiply sour fruits, we can never destroy the movement of God in the church and the world. Yogurt may be fickle stuff, but the kingdom of God isn’t. We can sour things for a time, but God will continue to protect and preserve us despite our fiercest attempts to the contrary.
I love the way the Heidelberg Catechism puts this in Q&A 54:

Q. What do you believe concerning “the holy catholic church”?
A. I believe that the Son of God through his Spirit and Word, out of the entire human race, from the beginning of the world to its end, gathers, protects, and preserves for himself a community chosen for eternal life and united in true faith. And of this community I am and always will be a living member.

If you’d like to try making your own yogurt, I make mine in the crock pot with this awesome recipe from Creating Essence. My friend Olga makes hers on the stove top. Same process, same wonderful results.
The hardest part for me was figuring out the timing. I’ve learned that if I start mine in the crockpot around 3:30 PM, I can complete the heating and cooling and get it into the oven by 9 PM. 10-12 hours in the oven means it is ready between 7-9 AM to go into the fridge. That’s the timing that worked best with my schedule, but it can easily be adjusted to what works for you.