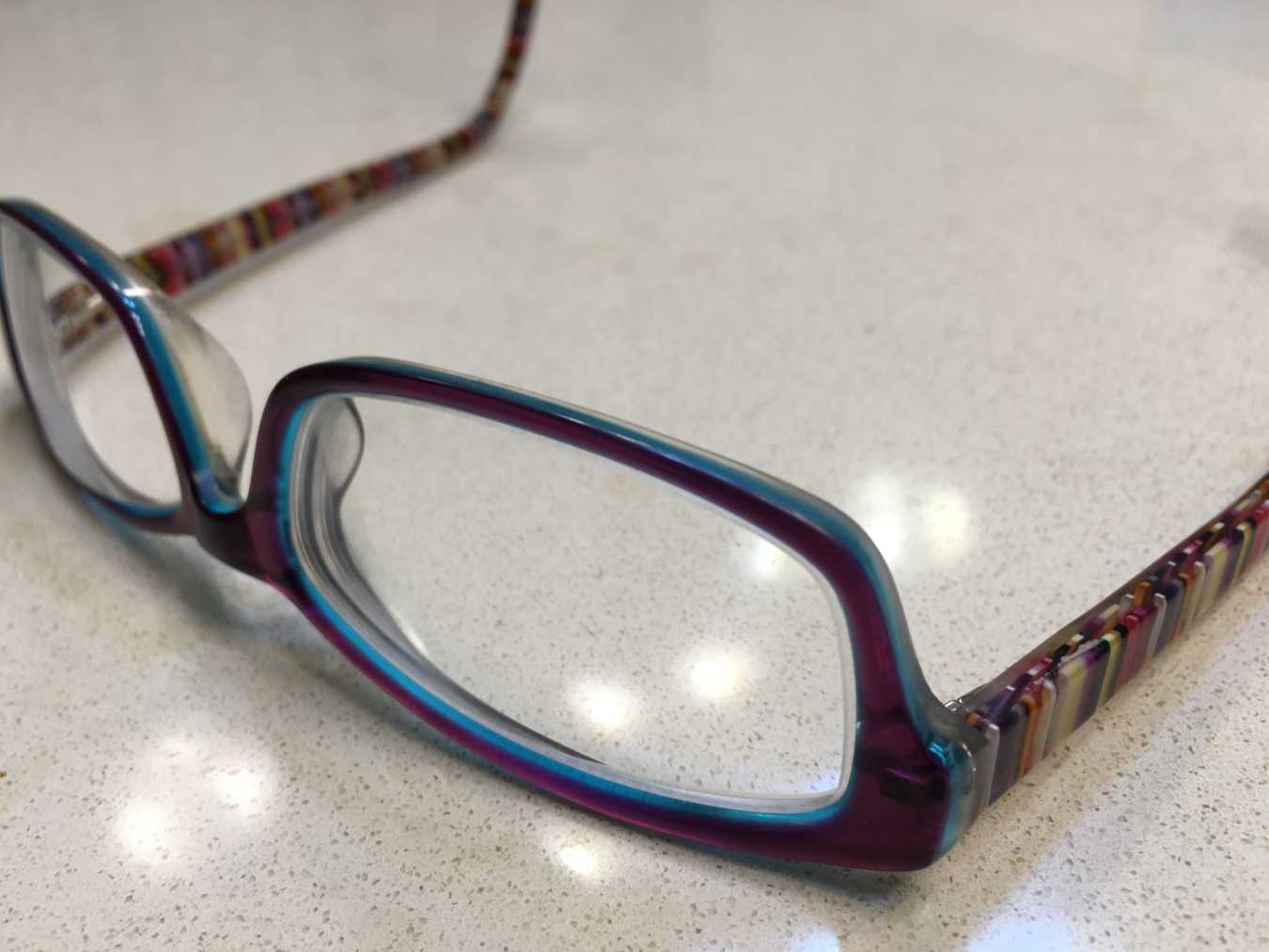 A Tale of Two Conversions – a look at Acts 9

Saul was a young man with a reputation for his zeal. He was passionate about his faith, and he was willing to go to extremes to see that God was rightly worshiped. We first met him at the stoning of Stephen in Acts 7, and in Acts 8:1 we read, “And Saul approved of their killing [Stephen].” Why did he approve of Stephen’s stoning? Because Stephen was part of this new movement called The Way, and he preached about the resurrection of Jesus from the dead. This movement was new, and was challenging the way things had always been done. These followers of Jesus weren’t abiding by the rules. Their teacher had healed on the Sabbath, touched people who were unclean, and had no problem interacting with sinners.
Saul, in his desire for faithful worship of God and adherence to the law, dedicated himself to turning in all those who followed Jesus. He had them arrested, thrown into prison, and he even approved when these followers of Jesus were killed. Acts 9:1-2 says, “Meanwhile Saul, still breathing threats and murder against the disciples of the Lord, went to the high priest and asked him for the letters to the synagogues at Damascus, so that if he found any who belonged to the Way, men or women, he might bring them bound to Jerusalem.” His conviction that the disciples of Jesus must be stopped had become so vitally a part of who he was that it was like breathing – it was second nature. Day in, day out, Saul was so convinced that these people were blasphemers that he worked tirelessly to stop them from spreading their message.
He knew with certainty that he was right, and his conviction seeped down deep into his heart until it became such a part of him that it was like breathing.
Saul must have received the letters to the synagogue at Damascus, and he headed on the road toward Damascus so that he might continue to find these followers of the Way and have them thrown into prison. This is the part of the story we know so well. This is the part that we tend to focus on. Saul, heading to Damascus with conviction and intent, is overwhelmed by a flash of light. He falls to the ground, and he hears the voice of Jesus speaking to him: “Saul, Saul, why do you persecute me?” Saul responded, “Who are you, Lord?” and the response came, “I am Jesus, whom you are persecuting.”
In that moment, Saul encountered the risen Christ. He came face-to-face with the truth that in Saul’s zeal to do good, he was working against the movement of God.
Have you ever, in your zeal for holiness and righteousness, actually been working against the movement of God? I am reminded of that famous Peanuts comic strip where Charlie Brown says to Snoopy, “I hear you’re writing a book on theology. I hope you have a good title.” And Snoopy responds, “I have the perfect title. ‘Has It Ever Occurred to You That You Might Be Wrong?’”
Saul’s deeply held convictions, his murderous threats towards those of this new movement called the Way, were wrong. And, in that moment, he had to face the reality that what he had been dedicating himself to was wrong. He had to change, and he had to face the reality that his zeal had had disastrous results. In his zeal for godliness, he was hurting the cause of Christ. In his passion for uprightness, he was attempting to stand in the way of the movement of the Holy Spirit.
This story is dramatic and convicting, compelling us to marvel at God who is able to change any heart. We know that from here, Saul becomes Paul. We know that from persecuting the early church, Paul would go on to be a missionary for Christ to many. He would write letters that would eventually make up the bulk of the epistles in the New Testament. From persecutor of the church to apostle to the Gentiles, Saul’s conversion stands as a stark reminder that no matter how hard our hearts may be, God can change anyone’s heart. There are no hopeless cases.
A few months ago I came across this painting by Pieter Bruegel the Elder. The scene is chaotic. There are horses and riders and people walking along a dirt road along a rocky mountainside. The painting is busy, and if it hadn’t been for the title given to the painting, I would have missed what Bruegel the Elder was capturing in his work. This piece is entitled “The Conversion of St. Paul.” Do you see Paul in this picture? It’s a bit like a Where’s Waldo, but if you look long enough at the painting, you’ll see Paul, in gray, on the ground in a very small clearing. (For larger image, look here) 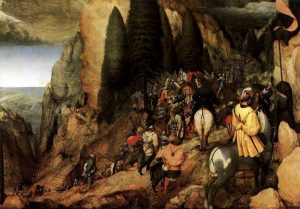 Now there was a disciple in Damascus named Ananias. The Lord said to him in a vision, ‘Ananias.’ He answered, ‘Here I am, Lord.’ The Lord said to him, ‘Get up and go to the street called Straight, and at the house of Judas look for a man of Tarsus named Saul. At this moment he is praying, and he has seen in a vision a man named Ananias come in and lay his hands on him so that he might regain his sight.’ But Ananias answered, ‘Lord, I have heard from many about this man, how much evil he has done to your saints in Jerusalem; and here he has authority from the chief priests to bind all who invoke your name.’