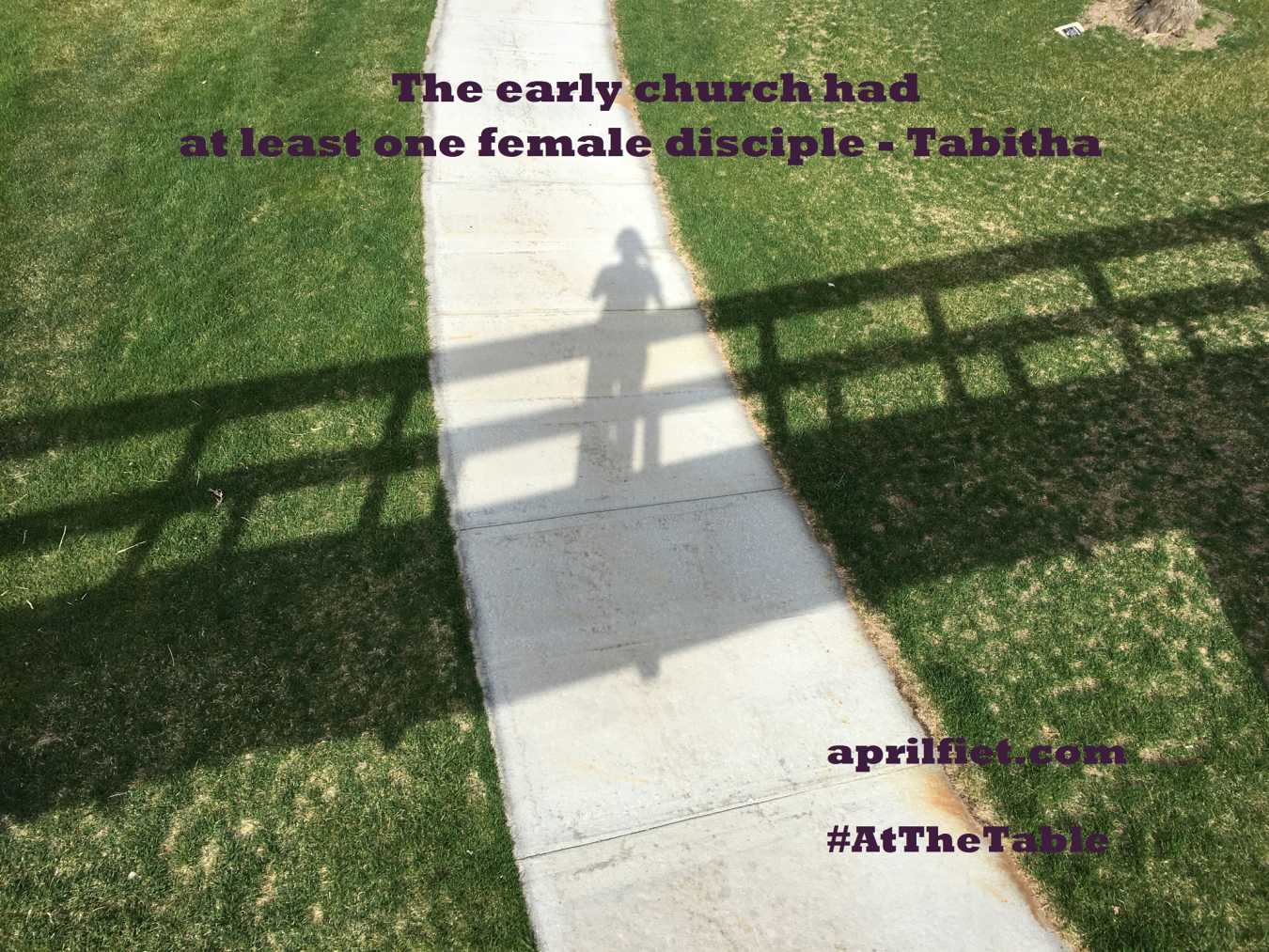 Tabitha – a Disciple of Jesus

Tabitha was an amazing woman. The story recorded in Acts about Peter raising her from the dead is incredible (Acts 9:36-42). But, for as captivating as her story is, I heard surprisingly little about Tabitha as I grew up in the church.
As a child, I always thought it was strange that she was given two names with the same meaning – Tabitha (in Aramaic) or Dorcas (in Greek), both of which mean gazelle. [1] And, I’m certain we snickered about the name Dorcas (just like we did the name Nimrod). As an adult, I learned that many churches had women’s groups called “Dorcas Circle.” Perhaps some churches still do. These groups usually focused on Bible study and mission (quite often sewing), which is appropriate given the story we have about the life of Dorcas/Tabitha.
Apart from that, Tabitha’s story was largely skipped over. If it was taught or preached on at all, it was usually treated like any other miracle story. The only difference was that this time it was a disciple of Jesus raising someone from the dead. This story showed that the dead could still be raised, even after Jesus had ascended to heaven. [2] That was about all that was said.
Even though I’ve read the Bible from beginning to end many times, this week as I looked at Acts 9 again, I saw Tabitha in a new light.

“Now in Joppa there was a disciple whose name was Tabitha, which in Greek is Dorcas” (Acts 9:36).

There was a disciple named Tabitha.

I hadn’t read that correctly, had I? So, off to the Greek I went.

The Greek word translated as “disciple” in the NRSV is the word μαθήτρια (mathetria). This is the feminine form of the word used for the male disciples (mathetes, singular; or mathetai, plural).

Tabitha was a disciple of Jesus, the only woman in the New Testament to be explicitly given this description. The word “disciple” means “learner” or “pupil,” but while there were other women who followed Jesus and learned from him (like Mary, who sat at Jesus’ feet to learn), only Tabitha is named as a disciple of Jesus.

Why does this matter?

Very early on in the movement of the church, women were learning about Jesus. They were being taught about Jesus, and they played an important role in the church. When Tabitha died, we read that widows were mourning and showing clothing Tabitha had made when she was still alive. She was skilled, she was learned, and she had a vibrant ministry making clothing. She was important enough that when her story was recorded, it was written that she was a disciple.

I have heard it said that women cannot be in positions of leadership in the church because if Jesus had wanted female leaders, he would have chosen some female disciples. Not only did Jesus have many women who followed him and learned from him, the early church had at least one female disciple – Tabitha, a woman who made tunics and clothes, and was grieved over by the widows.

[1] Tabitha’s names are interesting. Both her Aramaic name and her Greek name mean “gazelle.” The first thing I think about when I think of gazelles is how high they can jump. They can leap over fences. They are lithe and seem to defy gravity. Tabitha, the gazelle, could no longer spring up because she was dead. Peter knelt down and prayed, and then he said to her, “Tabitha, get up.” And she did. From stillness and death, Tabitha got up. And the miracle of her being raised back to life brought many people to believe in Jesus.