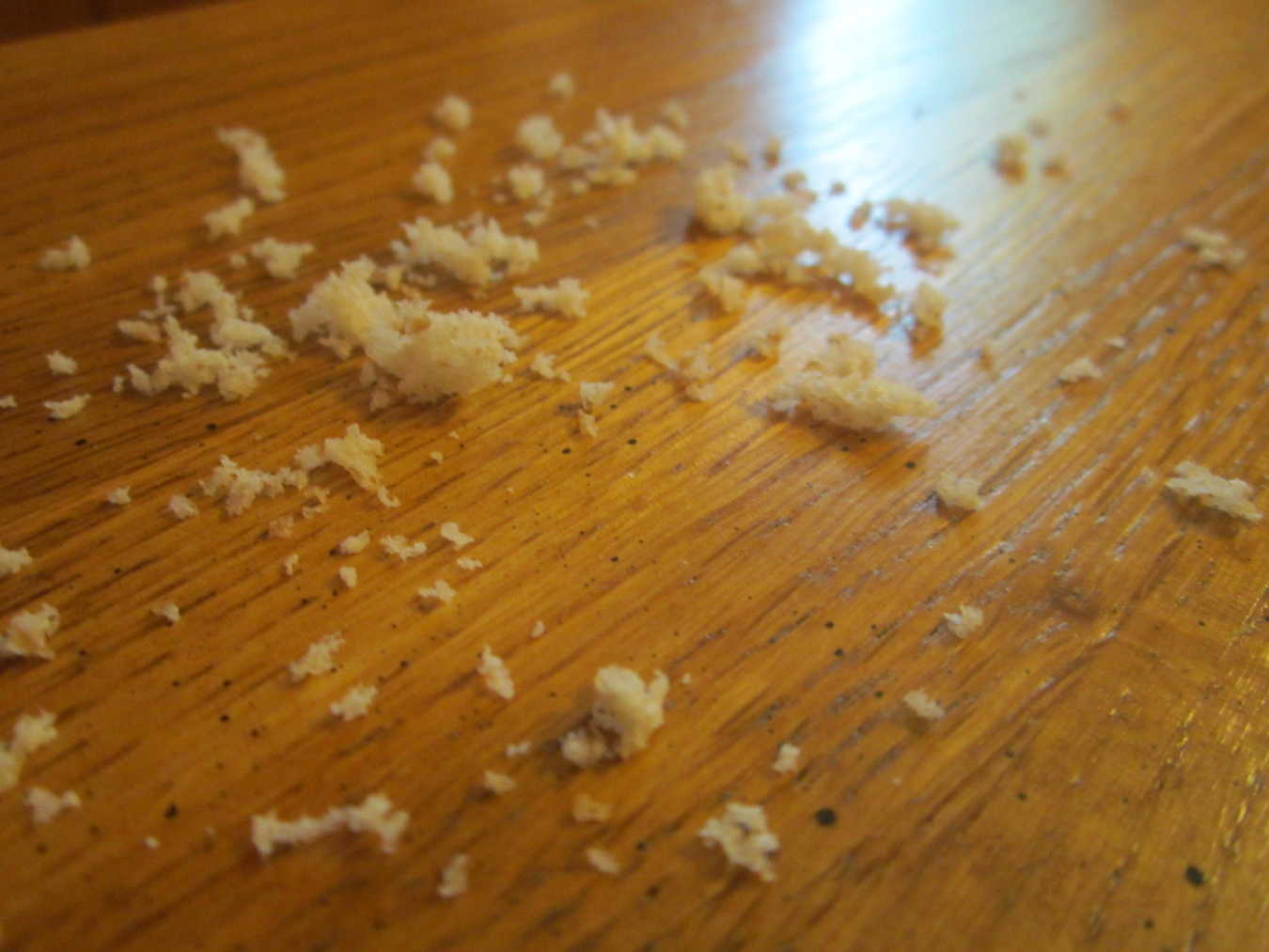 This week, I have been thinking a lot about crumbs: crumbs that fall from the tray of a child’s highchair, crumbs that are scattered for birds and wildlife to eat, crumbs that are a nuisance and need to be swept up off the floor. I have marveled at the faith of the Syrophoenician woman who knew that even the leftover scraps of God’s love would be enough. I have puzzled over Jesus’ interaction with her, an interaction that seems not very Christlike at first glance. And I have wondered what a story about a woman who was called a dog – a woman who was willing to beg for crumbs – might have to teach us.

All the while, I have felt a rumbling inside – a staticky feeling – that has me shaking with every word I write. You see, the story of the Syrophoenician woman is still happening. It happens every day. And it’s about more than crumbs. It is about life.

Right before we encounter the Syrophoenician woman in Mark, Jesus teaches a crowd about things that defile. In Jewish tradition and culture, various foods were considered unclean, and it was thought that eating these foods would defile a person. These foods would make a person unclean. Jesus tells them that it isn’t what we put into ourselves that makes us unclean. It’s not what is visible on the outside. But, it’s what comes out of us. What comes out of us says a lot about the contents of our hearts. Mark notes that by saying this Jesus declared all foods clean.

Why would she be content with crumbs? Why shouldn’t she be given a place at the table? Why should she have to argue her way to the table and be satisfied with what is carelessly dropped by the children who get to eat first?

Maybe it makes us angry. It seems unjust.

But, the disciples seem unfazed.

When Jesus calls the woman a dog, he is only saying what the disciples are already thinking. He called her what they would have called her, after all she was not part of Israel. The disciples see this woman, and they see what’s on the outside. They know she’s a Gentile. They know she’s not one of them. And they believe that the treasure they have been given – the love of God in Jesus – is not for her.

Interestingly enough, the woman already knows they view her this way. When Jesus tells her that the children need to be fed first, she does not disagree. But, she pushes further and tells Jesus that she believes there is enough for her. She does not buy into the mentality that the love of God is limited. She knows it is boundless, and that even the crumbs off of the table would be enough.

Something about the story of the Syrophoenician woman reminds me of a parable Jesus told – the parable of the rich man and Lazarus. Lazarus is described as “a poor man…covered with sores, who longed to satisfy his hunger with what fell from the rich man’s table; even the dogs would come and lick his sores” (Luke 16:20-21).

These stories are not just stories. They are not mere happenings or parables from centuries ago that we think about and then forget. They happen to us every day in our lives, if we are looking. At some point each of us have been the woman, looking in from the outside and longing for just a piece of the love of God. We have come from brokenness, heartache, struggle, and suffering, and even though there were those who looked at us and thought, “Don’t waste your time on that person,” we found what we needed in the grace of God. We received the crumbs, and found that they filled us to overflowing.

At other times, we are those seated at the table, overflowing and not even realizing it.

The love of God is enough for all of us.

Henri Nouwen, priest and beloved author of many books on the Christian life, spent considerable time studying Rembrandt’s painting The Return of the Prodigal Son. He was deeply moved and troubled by the painting, and his reflections were turned into a book, also called The Return of the Prodigal Son. As Henri Nouwen studied the painting, he found himself identifying both with the prodigal son who returned in repentance, and the older brother who was angered by the father’s compassion and mercy. Nouwen was so troubled that he identified with both sons that he became discouraged, and struggled to continue working on his project.

What most holds us back from embracing God’s love and giving what we have to others is fear. For the disciples, it was the fear of the other – the ones who were not like them.

What is our fear?

Nouwen wrote, “This giving of self is a discipline because it is something that does not come spontaneously. As children of the darkness that rules through fear, self-interest, greed, and power, our great motivators are survival and self-preservation. But as children of the light who know that perfect love casts out all fear, it becomes possible to give away all that we have for others…Every time I take a step in the direction of generosity, I know that I am moving from fear to love.” (page 131)

We gather at the Lord’s table. We take the bread and drink from the cup. We take the bread and hold it in our hands, and the crumbs fall on the floor. These crumbs, rather than a nuisance, are a reminder to us that what we are given is more than enough. The welcome we receive propels us to welcome others. The love we are given sends us forth to love others with the love of God. The bread that we eat compels us to feed the world.

Do we struggle with the wideness and vastness of God’s love? There’s room at the table for us.

Are we messed up, mistake-makers, who look pretty hopeless and scrappy?

Are we outcasts, on the fringe, longing for even a crumb of God’s love to fall from the table for us?

There’s room. More than enough. Even for the prideful, the lowly, the perfectionist, the woefully imperfect, those of us who have the faith to ask for crumbs, and those of us who can’t even find the words to speak. There is room. There is always room.

And as we feast at God’s table, may we grow up to be like our God who looks past what’s on the outside and looks at our hearts.