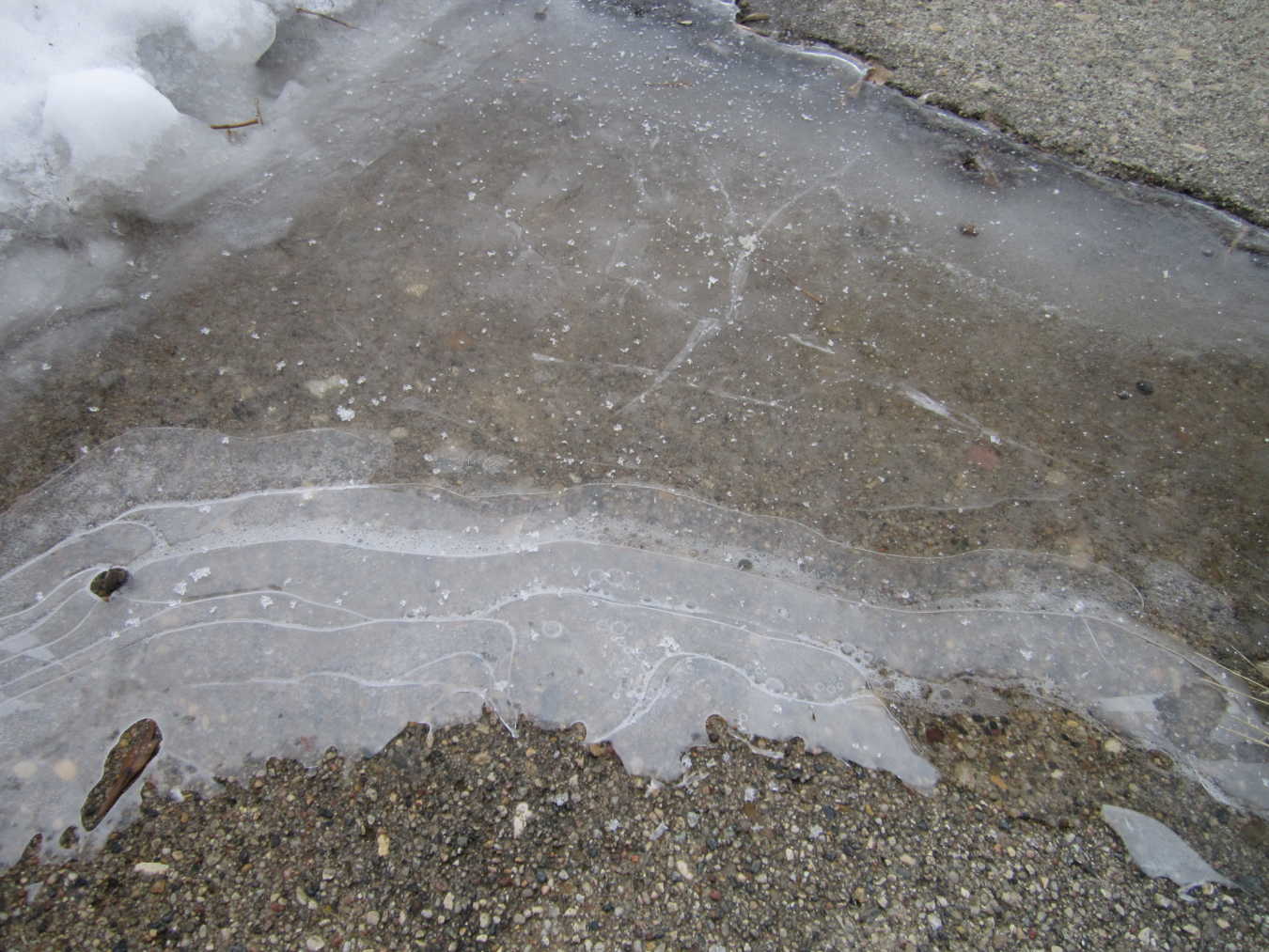 When I was a kid, I had a knack for making my room so messy I almost couldn’t walk from my bed to the door. Saturday was the day set aside for cleaning the house, and that usually meant I needed to spend most of the day cleaning my room. I used to complain when it was Saturday that if I cleaned up my things, I’d never be able to find them when I needed them.

And it is probably for this reason that one of my favorite books was “Mooch the Messy” by Marjorie Weinman Sharmat. In the story, Mooch was a rat who “lived in a hole under a hill in Boston, Massachussets.” Mooch has unusual housekeeping methods, such as keeping his coats and jackets hung around on the furniture so that he always has one nearby should he get cold.

One day, Mooch receives a letter that his father will be coming for a visit in four days. Mooch is proud of his homey hole, and can’t wait to show it off when his father comes. For each day that he waits, he hangs a sock on a post of his four-poster bed, and once every post has a sock on it, Mooch knows that the day of his father’s visit has arrived.

Now, as an adult reading the story to my kids, I’m always amazed that Mooch doesn’t bother to tidy up before his father’s visit. It seems to me these days like nothing inspires me to clean my house and get everything in tip-top shape quite like having someone coming over for a visit. But, Mooch leaves things as is. At first, his visit with his father is going well. But soon, his father is sneezing from the dust, tripping over shoes left in the doorway, and their picnic is ruined by ants who have climbed in with the jelly.

One evening, Mooch stays up and cleans his entire house. And he’s miserable. The sheets are too clean. He worries that he won’t be able to find anything. But, his father is happy. They enjoy more time together, and then Mooch’s father goes home. The very end of the story was always my favorite when my mom would read it to me.

Mooch smiled.
“There!” he said.
“That is the way it was before Father came.”
Then Mooch made himself
a cup of cocoa
and bunched up his sheets and blankets.

Mooch was happy.
“There is nothing better,”
he thought,
“than to be a rat
and live in a hole
under a hill
in Boston, Massachussets.”

As strange as it might sound, this story reminds me a lot of our passage from John 2. Jesus traveled to Jerusalem near the time of the Passover, as was customary. People were traveling from Jerusalem from many other places, and all of them would have been expected to bring money for the temple tax and animals to offer as sacrifices. But traveling such a long distance with animals was difficult, especially because the animals were supposed to be without blemish.

And, bringing so many groups of people together would mean the people would need to be able to exchange currency. Roman currency would need to be exchanged for Jewish money in order to pay the tax. If you’ve ever traveled to another country and needed to exchange your money, you might relate to this dilemma a little bit.

In what I’m sure began as a noble idea intended to help people, methods for currency exchange and purchasing animals for sacrifice were created to help streamline the process and keep people from dealing with hardship as they traveled. Perhaps it started small, and over time grew larger in response to needs and demands. And, it became “business as usual,” something many people had become so accustomed to that they forgot what things had been like in the beginning.

Jesus enters the temple, and finds people selling animals. There were moneychangers seated and doing their business. Jesus made a whip out of cords, and drove all of them out of the temple. Can you imagine? He took the coins from the moneychangers and poured them out. He flipped over the tables. And he said to the people selling doves, “Take these things out of here! Stop making my Father’s house a marketplace!”

John tells us that the Jews (by which John usually means the religious leaders) said to Jesus, “What sign can you show us for doing this?” Put into language that we can understand today, I think this is the equivalent of them saying, “What gives you the right to come in here and do these things?” Things had been operating as was customary. People were gathering, money was being exchanged, animals were being purchased. What gives Jesus the right to come in and make a mess and cause a scene?

Jesus responded, “Destroy this temple, and in three days I will raise it up.” Perhaps today with methods for quick construction, this doesn’t shock us the way it would have shocked the people Jesus was speaking to. Their response clues us in to what they were thinking. In verse 20 we read, “The Jews then said, ‘This temple has been under construction for forty-six years, and will you raise it up in three days?'”

Scott Hoezee, Director of the Center for Excellence in Preaching at Calvin Seminary, said this about this scene at the temple: “We are impressed very often by all the wrong things. In John 2 everyone was impressed with the physical Temple. It had been undergoing construction for over four decades already and was not even finished…Some projects in days gone by were so grand, the person who laid the first brick just knew that if one day the final brick got laid high up on the spire of a bell tower, it might very well be his great-great-great-great grandson who put on that finishing touch.”1 Imagine knowing how long the work would take, and having someone tell you they could pull it off in three days!

When it comes to our lives and our spiritual journeys, quite often we are like Mooch the messy rat who lived under the city of Boston. We’re comfortable, and impressed by the lives we’ve made for ourselves. We’ve got a routine and, as far as we’re concerned, it’s working pretty well for us. We’ve become so accustomed to the way things are that we don’t even recognize how vastly different things are than they should be.

Springtime is coming, and I’ve been feeling eager and excited for warmer weather. I’ve started to think about spring cleaning and organization, and when I first began studying this passage, I thought about the spring cleaning that needs to be done in my own life. I wondered what priorities might need to be adjusted, or what attitudes need to be challenged. And then I realized that I was putting all of that pressure on myself, as though somehow I am capable of cleaning up the mess I don’t even know I’m living in.

The way John tells the story of the beginning of Jesus’ ministry reminds me a lot of what the journey of faith is like. Towards the end of John 1, Jesus calls his first disciples. They follow him, and shortly thereafter, Jesus turns water into wine at the wedding at Cana. John tells us that after seeing the sign Jesus performed, “his disciples believed in him.” They were called, they experienced something that amazed them, and then Jesus starts flipping over the tables in the temple. To those in the temple, Jesus seemed to be causing a scene and making a mess. But, as many of us can probably agree, sometimes the first step in cleaning is to make a bigger mess.

The tables of the moneychangers and the sellers of animals had become such a production that they were crowding out the people who had come for worship. The enterprise had become so chaotic and crowded that in a very literal sense, it was separating the people from worshiping God. Jesus comes in and drives out what has gotten in the way. He pours out the money, he drives out the sellers, he overturns the tables, and he angers the religious leaders. And, again, his disciples are impressed. But what Jesus is after is deep, lasting change. What Jesus is after is repentance. What Jesus is after is making space for what’s holy.

And that is change only God can bring about. It’s not about getting our lives cleaned up before coming into God’s presence. It’s about opening the door and seeing what Jesus does, because Jesus is the one overturning the tables and making the holy mess we need so that we can make space for God. Tradition has it that Martin Luther talked about the need for three conversions, and while I don’t believe he meant we each need to experience three separate conversions, I like what he’s getting at.

Right after this scene in the temple, Jesus has a conversation with Nicodemus. Nicodemus was a Pharisee who wanted to know more about Jesus, but he came to see Jesus at night, perhaps because he did not want anyone to see what he was doing. Even though he knew about God, he struggled with Jesus’ teaching about being born again. It didn’t make sense. But something must have changed in Nicodemus. Following the crucifixion of Jesus, it is Nicodemus who brought a mixture of myrrh and aloe and wrapped Jesus’ body according to Jewish burial customs.

He came searching, seeking, and asking. And God brought needed change. May we be people who search, seek, and ask even if we don’t think we know the right questions to ask. May we be people who open the door and invite God into our messy and chaotic lives. And as we do, may God bring us healing, renewal, and peace.