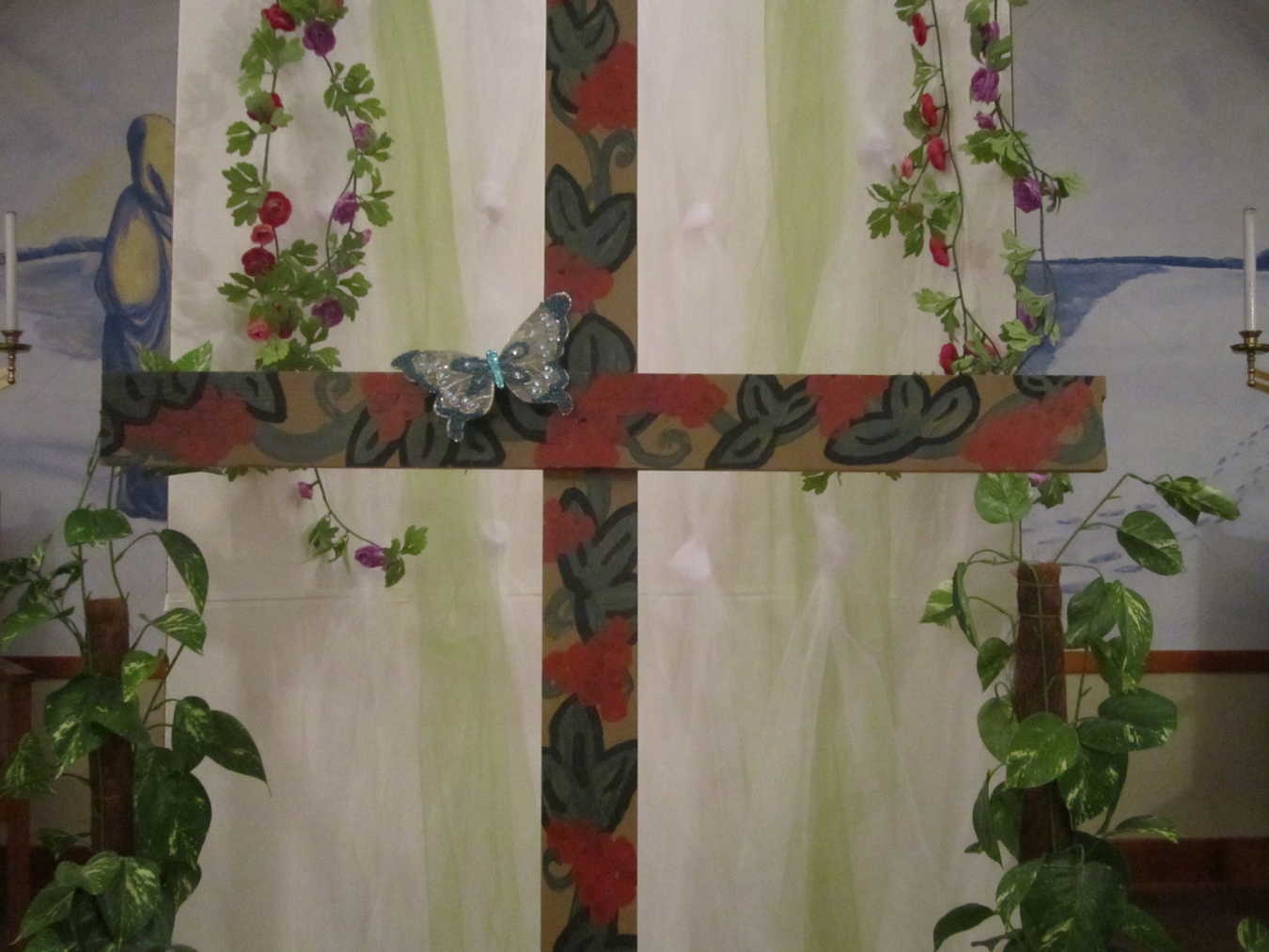 The Miracle that No One Saw – An Easter Sermon

It was dark. There was no one around. Everyone had already given up hope. Hardly the stage for a miracle, don’t you think? Because miracles are big and flashy, right? Like the crowds on Palm Sunday cheering and calling out to Jesus to save them and be their King. That felt like a miracle. But this moment that seemed like the pinnacle of Jesus’ earthly ministry was not the miracle. It was not what everyone had been waiting for. It was not the moment when things fell into place and the glory of God was made known to the world.

No. That moment would come later, after Jesus was deserted by his closest friends, after the one who had proclaimed him to be the Messiah denied him, after he was made into a laughingstock and mocked and ostracized. The miracle would come after public humiliation, after he lost everything, even his life. Palm Sunday was the beginning of the ever-shrinking audience for the miracle that was to come. From the swarming crowd, to the disciples sharing a meal, to the garden where the new crowd was the one coming to silence Jesus rather than cry out to him, to the cross where only a few looked on and wept, to the tomb where at first no one was gathered, to the very early morning darkness when a woman came alone.

The miracle did not play out for the world.

It did not come for a crowd or a multitude.

It happened when no one was looking, and it was first witnessed by someone who was not considered a reliable witness in her culture.

You see, the testimony of women did not count for much, and even among men one person did not count as a reliable witness. And so Mary comes, and she sees the stone rolled away, and she is afraid. She runs back and tells the disciples, and Peter and the beloved disciple run to the tomb to verify what Mary told them. They find the tomb empty, and they leave again. Mary stays behind.

Our Scripture passage tells us that Mary was weeping outside of the tomb, and then she bent over to look inside. The Greek tells us that she bent down to look, perhaps because she needed to bend down in order to see inside. But, an interesting thing about the word that’s used here is that it can also mean looking into something because you are curious to understand more. The tomb was empty. Jesus was gone. And Mary looked into the tomb because she wanted to see what had happened.

Through her weeping she sees two angels sitting where the body of Jesus had once been lying. They ask her why she is weeping, and she tells them that someone has taken Jesus away and she does not know where he is. She turned away from the tomb, and it was then that she saw Jesus, though she mistook him for the gardener. Jesus asks her the same question the angels asked her: “Woman, why are you weeping?” She asks him to show her where Jesus has been taken. And then Jesus calls to her by name, and her eyes are opened and she recognizes Jesus for who he is.

The miracle of Easter Sunday was a miracle that no one saw, and the first person to experience it missed it at first glance. Isn’t that the way with God? That the biggest miracle of all might be so unexpected that we miss it entirely? And so we have to look closely like Mary did. We have to ask questions through our tears and our wonderings, even if we aren’t sure the questions we are asking are the right ones. And in God’s amazing grace, we will see what we need to see, even if what we see takes us completely by surprise.

And this is the humor of our Easter Sunday worship. We usually pull out all the stops, sing our favorite songs, put all of who we are into creating a service that feels worthy of the magnitude of the resurrection. After all, it is the center of our faith. As the Apostle Paul wrote in 1 Corinthians,

Without the resurrection, what would our faith be? And so we celebrate because this is the victory!

Our fanfare and celebration make sense because we are celebrating the miracle that death did not have the final word, and it will not have the final word with us either. But, in the midst of our jubilant celebration, we cannot forget what that first miracle was like. It was the miracle seen by no one, and the miracle first experienced by one who misunderstood it. May God open our eyes to see the miracles all around us that we miss every day. And in seeing, may we be transformed with the miraculous love of our almighty and everlasting God.

Christ is risen! He is risen indeed!