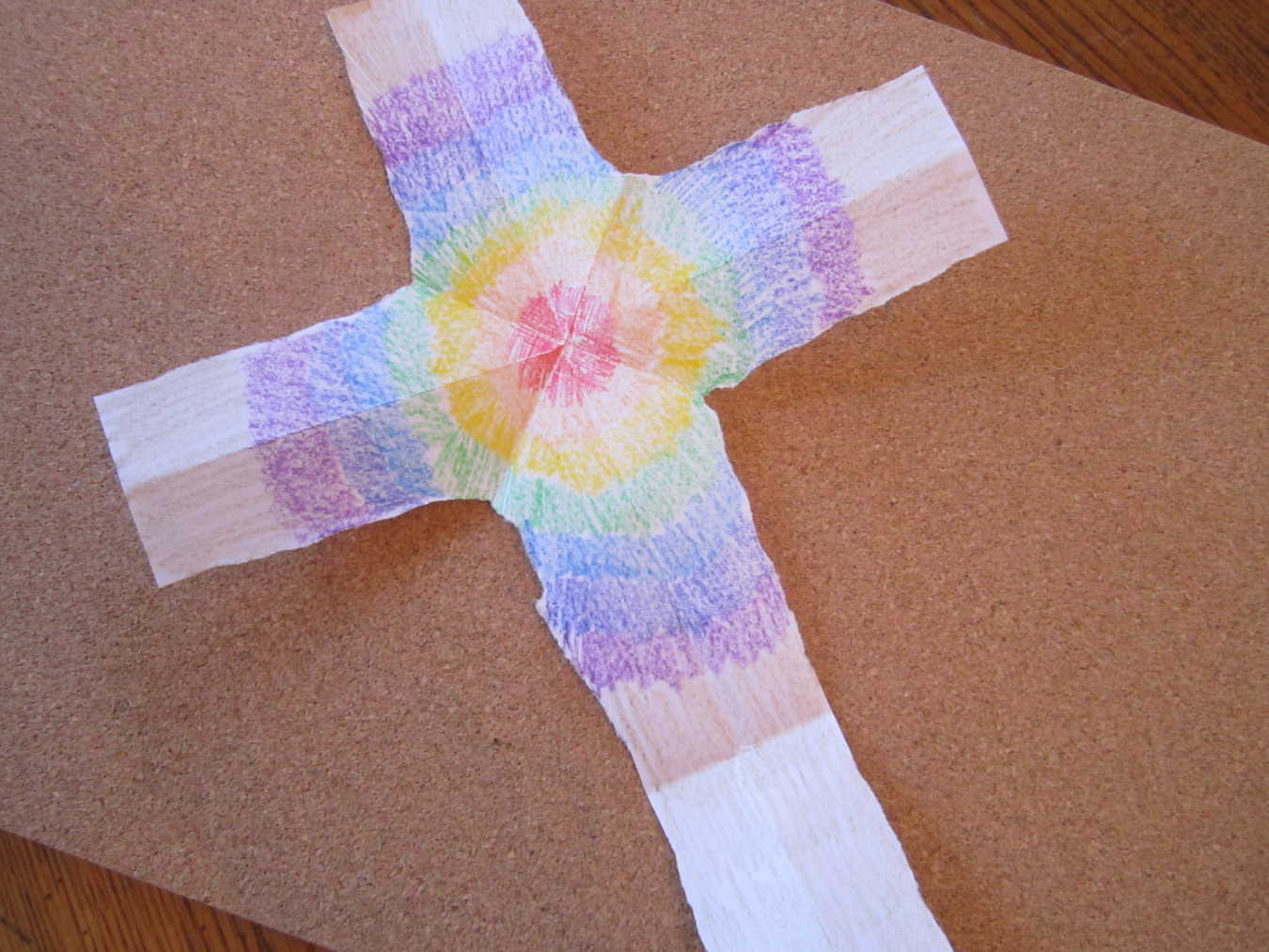 When I was a kid, I remember looking at the calendar that hung on our kitchen wall and reading the words “Good Friday.”
“Mom, what’s Good Friday?”
“It’s the day we remember that Jesus died on the cross.”
“Isn’t it weird to call the day Jesus died good?”
Good Friday is a really difficult day to understand, even for adults. There’s so much mystery, so much that we cannot understand, and in some traditions it is a day that is mostly skipped over as we teach children about Holy Week and Easter.
A Paper Cross – A Good Friday Lesson
Supplies:
*Bible
*Paper (8 1/2″ x 11″ or construction paper)
*pencil
*scissors
Note: I first discovered this paper folding idea at this website, but I wanted to turn it into a way to teach about the cross. I am including my own ideas for telling the story, as well as step-by-step pictures and instructions for making your own paper cross. Feel free to use this as a lesson for a childrens sermon or Sunday School class, or even at home with your own children.
Set the piece of paper on a table or other flat surface in front of you. For this tutorial, I used a piece of construction paper, but standard 8 1/2″ x 11″ paper works just as well. I followed the story leading up to the crucifixion as it is recorded in John  18-19. 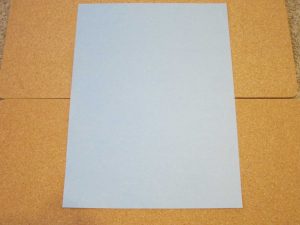 After Jesus had a meal with his disciples, they went to a garden together. While they were there, some soldiers and some important religious leaders came looking for Jesus. They wanted to arrest him. At this point, take the bottom, left hand corner and fold it up like in the picture below. 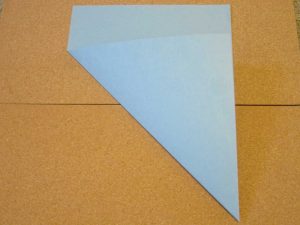 Jesus told told the people who wanted to arrest him that he was the one they were looking for, and he told them to let his disciples go. Even when it must have been a scary time, Jesus took care of his disciples. Take the bottom, right hand corner and fold it up. Your paper should look like the picture below. 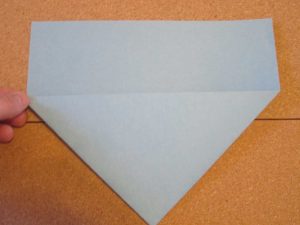 Peter and another disciple followed Jesus. A woman saw Peter and asked if he was one of Jesus’ disciples. Peter said, “I am not.” Others asked him if he was one of Jesus’ disciples, but Peter said he was not. Even though it sounds surprising to us – and maybe even terrible! – that Peter said he did not know Jesus, after a rooster crowed, Peter realized what he had done. Take the bottom point and fold it up. 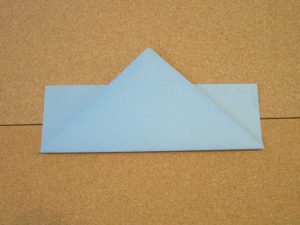 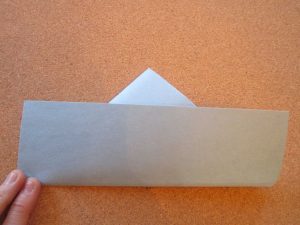 When they put Jesus on a cross, they put something on the cross that said “King of the Jews.” After Jesus was put on the cross, he died. Fold your paper in half. This is the last fold you need to make. 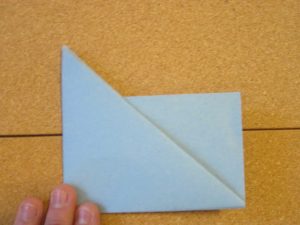 At this point, I like to draw a line about 1 inch from the fold The line should go from top to bottom.

When Jesus died, his friends and disciples were very sad. They were heartbroken. I like to start a cut on the line with the scissors just to get the cut going, and then tear all the way down the line.
Even though the disciples were sad, there was more to come. Jesus didn’t stay dead…something amazing was going to happen. Open up what you’ve made. Let the kids see the cross as you open it.
Invite them to ask questions or share the way the story made them feel. These crosses work up really quickly, and they are fun to decorate, too. My kids wanted a “rainbow cross,” but you can do anything with yours. 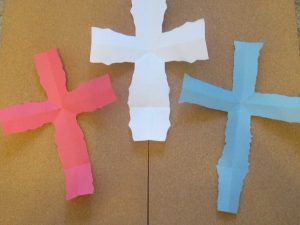