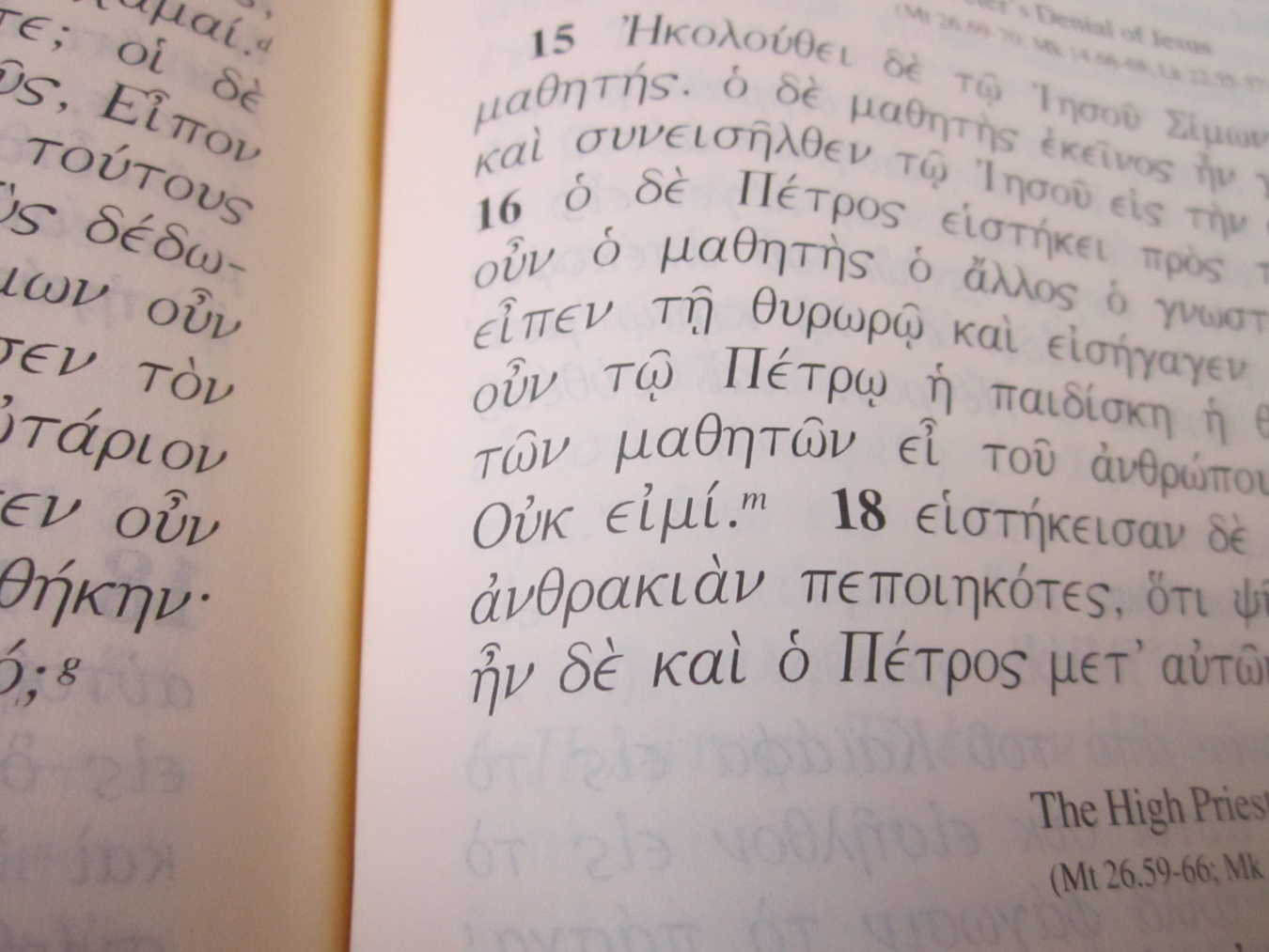 Words seem like silly little things. After all, they are just syllables made from breath and the vibration of our vocal chords. They appear flat on a page when printed, and they disappear from hearing as quickly as they are said.
Words seem like small, insignificant stuff. We think the world could go on apart from our words. And we wonder why anyone ever bothered to write down languages and preserve these wily little things we call words into books and stories. Why bother?
Words seem insignificant compared to actions, compared to the way we feel when we’re in physical pain, or the way we swell up with joy when we are embraced by a hug we so desperately needed.
Why words? Why bother with words?
Sometimes I think the speed with which we can type words, the quickness with which we can disseminate the written word, the ease with which we can speak words has taken away some of their value. At least it has for me. I am not always a very good steward of my words.
I say them too easily without giving them a second thought. I say things out of reaction, out of self-defense, out of a desire to appear a certain way for others. I say things to fill the silence so that it doesn’t linger there awkwardly. I speak without thinking.
But it doesn’t matter, right? Because words don’t matter, do they?
In the garden before Jesus was arrested, he asked who the soldiers and religious leaders were looking for. When they said they were looking for Jesus of Nazareth, he responded, “I am he,” or more true to the Greek, “I AM.”
And those two little words were powerful enough that the soldiers and religious leaders fell to the ground.
When asked if he was a disciple of Jesus, Peter uttered three little words, “I am not.”
He could have responded with the same little words Jesus used, “I am.” But he did not. Not I am, but I am not. And in the Greek, it’s just two words. The same number of words Jesus used. One was used in truth. The other to betray. Peter, who proclaimed Jesus to be the Messiah, denies him out of fear. Two words said by Jesus, and two words said by Peter.
One out of self-giving; one out of self-protection.
As James reminds me, “From the same mouth come blessing and cursing. My brothers and sisters, this ought not to be so” (James 3:10).
And yet how often it happens.
But it doesn’t matter, does it? Because words don’t mean much, do they?
Three little words, “He is not here.” And three more words, “He is risen.” And everything changes.
On the other side of the cross, and after the resurrection, Mary comes to the tomb. She is distraught that Jesus is gone, and she searches for him. With one little word – her name – her eyes are opened and she sees.
“Mary.”
And she knows. She trusts. She sees.
Because words must matter. Even one word. Even our names. Even our stories and the words our hearts tremble to name.
As we gather around the Lord’s table, we share ten words that change everything: “Christ has died. Christ is risen. Christ will come again.” Three sentences, ten words, the only hope I can cling to.
Words may be small. They may seem to come and go like the whooshing of the wind on a spring day. But they dig deep down inside of us and they change us. They change the world.
If I truly believed that, perhaps I’d steward them more wisely. Perhaps I’d become slower to respond, quicker to listen, and would speak in ways that give life.