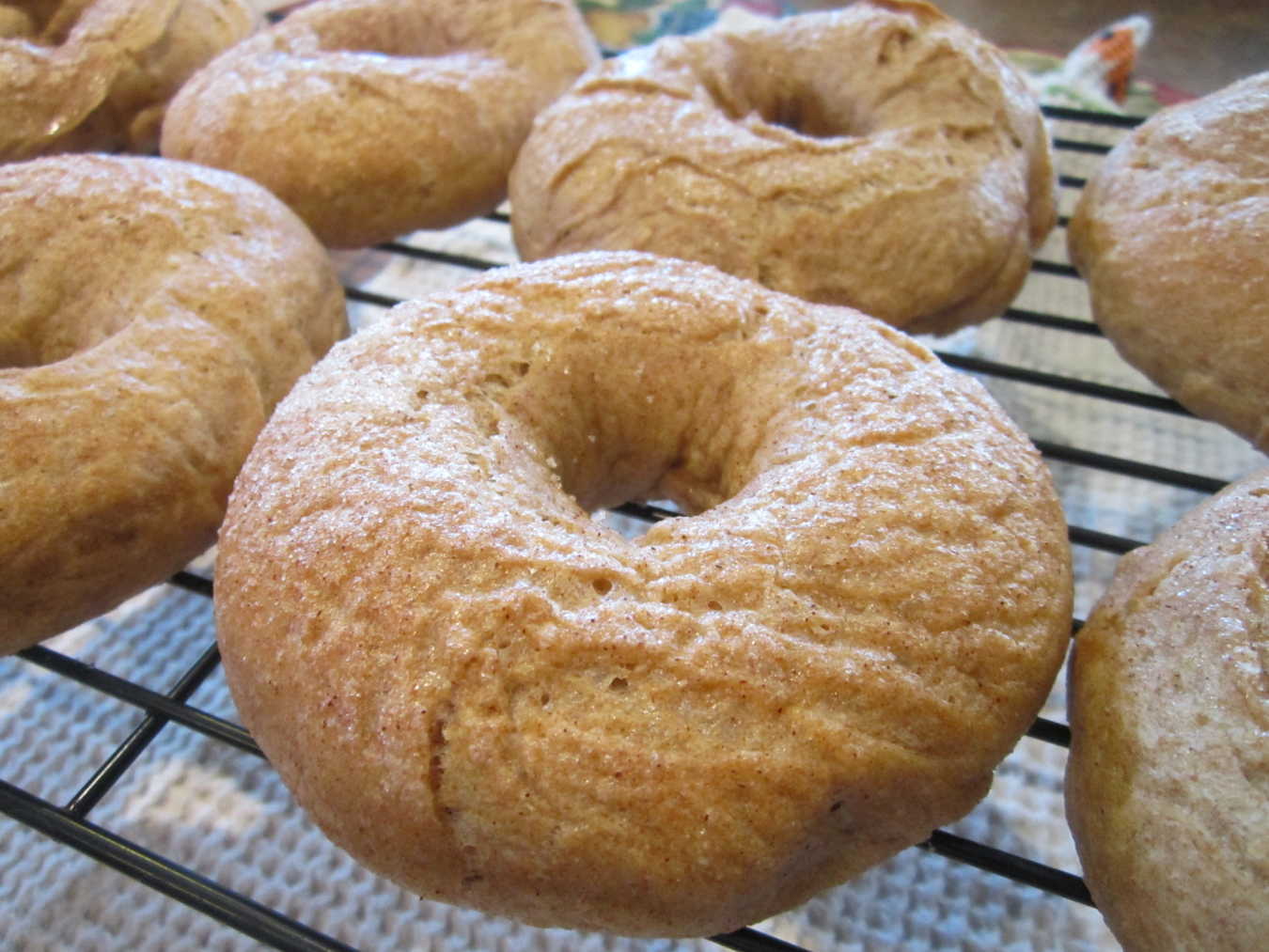 Proofing only takes 10-15 minutes, and what you do is combine the warm water with your yeast, and you can add the sugar or honey the recipe calls for. You mix all of that together, and then wait for about 10 minutes. If the yeast is alive, it will start bubbling and make the mixture foamy. If nothing happens, the yeast is dead and you will need to get new yeast. It is impossible to tell by looking at the little granules of yeast whether it is alive or dead. And so, we test it.

The Pharisees and Saducees have a common goal – to disprove the teachings of Jesus. For whatever reason, they both shared a desire to turn others away from his teaching, and so they unite to test him. And, their testing came from a sinister desire to trap Jesus and use his words against him. Earlier in Matthew chapter 4, this word for testing is used to describe when the devil tempted Jesus in the wilderness. This is a testing designed to trap Jesus. There is a hope that they can trap him in his words and use them against him.

The test comes immediately in verse 1: “they asked him to show them a sign from heaven.” They want a sign. They want to know that Jesus’ teaching is truly from God. They want him to prove it to them. Jesus responds with something that sounds like it came out of the Farmers Almanac or off of the evening weather forecast:

Jesus credits them for knowing how to interpret signs of the weather. They have looked at the world and found patterns and rhythms. And we do this, too. As the weather has cooled off, many have noticed an overabundance of walnuts in their trees. In years past, this has happened before especially harsh winters. And so we see, and we wonder, and we try to interpret the signs.

But, what is the sign of Jonah? Just a few short chapters before, in Matthew 12, Jesus has a similar conversation with a group of scribes and Pharisees. They ask him for a sign, and he responds this way:

An evil and adulterous generation asks for a sign, but no sign will be given to it except the sign of the prophet Jonah. For just as Jonah was for three days and three nights in the belly of the sea monster, so for three days and three nights the Son of Man will be in the heart of the earth. The people of Nineveh will rise up at the judgement with this generation and condemn it, because they repented at the proclamation of Jonah, and see, something greater than Jonah is here!

The sign of Jonah is both a reference to the necessity of Jesus’ death and resurrection, but also to the way Nineveh received God’s message for them. If you recall, Jonah had no desire to go to Nineveh. But, when he went (with a little help from a big fish), the whole city repented and turned to God. Jonah did not expect them to repent, but they repented – even going as far as putting their livestock in sackcloth! The religious officials could not see God’s gift to them in Jesus. They could interpret the signs in the sky, but unlike Nineveh, they would not repent when God called.

After Jesus leaves the Pharisees and Sadducees, he tells the disciples, “Watch out, and beware of the yeast of the Pharisees and Sadducees.” The disciples had forgotten to bring bread, and back in chapter 15 they had collected the leftover pieces of bread after the feeding of the 4,000. Jesus mentions yeast, and all they can think about is bread. And so Jesus tells them very clearly that he is not talking about bread.

The disciples get it:

Then they understood that he had not told them to beware of the yeast of bread, but of the teaching of the Pharisees and Sadducees.

The Pharisees and Sadduceess had wanted a sign. They wanted proof. They looked at Jesus, the things he did, and the claims he was making, and they wanted proof that what he was saying was true. They wanted it laid out plainly. Or, as we often say, “Prove it” or “I’ll believe it when I see it.”

Jesus warns against this teaching. He warns against proof-seeking, this desire to have a human way of measuring the truth of what God is doing. And this shouldn’t have been a new teaching for the religious leaders. All through the Old Testament, we see time and again God using the smallest army, the most unlikely person, and warning against relying on things like numbers.

We cannot measure the truth of what God is doing with a series of proofs. We can’t try to use human standards to make sense of what God is doing. And we should not even attempt to. Because that proof-seeking is like yeast. All we need is a little bit, and it will leaven the whole loaf. When we start out from the perspective of demanding proof, demanding things to make sense according to our own reasoning, we will miss out on the mighty, and unexpected movement of God.

It wasn’t that the Pharisees and Sadducees hadn’t been given some kind of indication along the way. It wasn’t like God wasn’t making things pretty clear. Back in chapter 15, the Canaanite woman got it. She did not belong to the people of Israel, but she asked Jesus to heal her daughter. When he pushed back and told her that she was not from the house of Israel, she pushed back again. She told him she knew God’s grace was more than enough for Israel, and she asked for some of what was left. Jesus healed her daughter at that moment. Jesus went on from there and healed many people. He took seven small loaves of bread and a few fish and fed a crowd of 4,000 people. It’s not like amazing things weren’t happening! But, the Pharisees and the Sadducees wanted more.

It wasn’t enough for them to see amazing things. It wasn’t enough for them to see what Jesus was doing and hear what he was saying. They wanted proof. They wanted a divine road sign to tell them to follow Jesus. Jesus warns the disciples against this way of thinking. If we begin from the place of demanding proof, we will miss the miracles that are happening all around us. If we ask for signs, we won’t see the signs right in front of us. Or, as Simone Weil once said, “We do not obtain the most precious gifts by going in search of them, but by waiting for them.”

Jesus and his disciples traveled into the district of Casarea Philippi. Jesus asked them, “Who do people say that the Son of Man is?” The disciples gave all kinds of answers – John the Baptist, Elijah, Jeremiah, or one of the prophets.

He said to them, ‘But who do you say that I am?’ Simon Peter answered, ‘You are the Messiah, the Son of the living God.’ And Jesus answered him, ‘Blessed are you, Simon son of Jonah! For flesh and blood has not revealed this to you, but my Father in heaven.

Peter was always an eager disciple. He was quick to jump in with an answer when Jesus asked. In the garden before Jesus was arrested, Peter was quick to act – to jump in and strike with the sword. Peter was not exactly the model of waiting and watching. He was active. He was passionate. He was questioning. Jesus isn’t warning against questions. Jesus isn’t trying to say that asking questions and trying to learn more are bad things. Jesus quoted and affirmed Deuteronomy 6 when he said, “You shall love the Lord your God with all your heart, and with all your soul, and with all your mind.”

We can be truth-seekers without being proof-seekers.

Truth-seekers ask questions, knowing not all of them can be answered. Truth-seekers have their eyes open to see what God is doing in the world. Truth-seekers aren’t afraid to leave the wonder and mystery, because they know it’s not about having all the answers figured out. As Dr. Chuck deGroat once wrote, “We grow and mature not through exhausting holiness games but through surrender.” May God give us open eyes, humble hearts, and willing spirits.