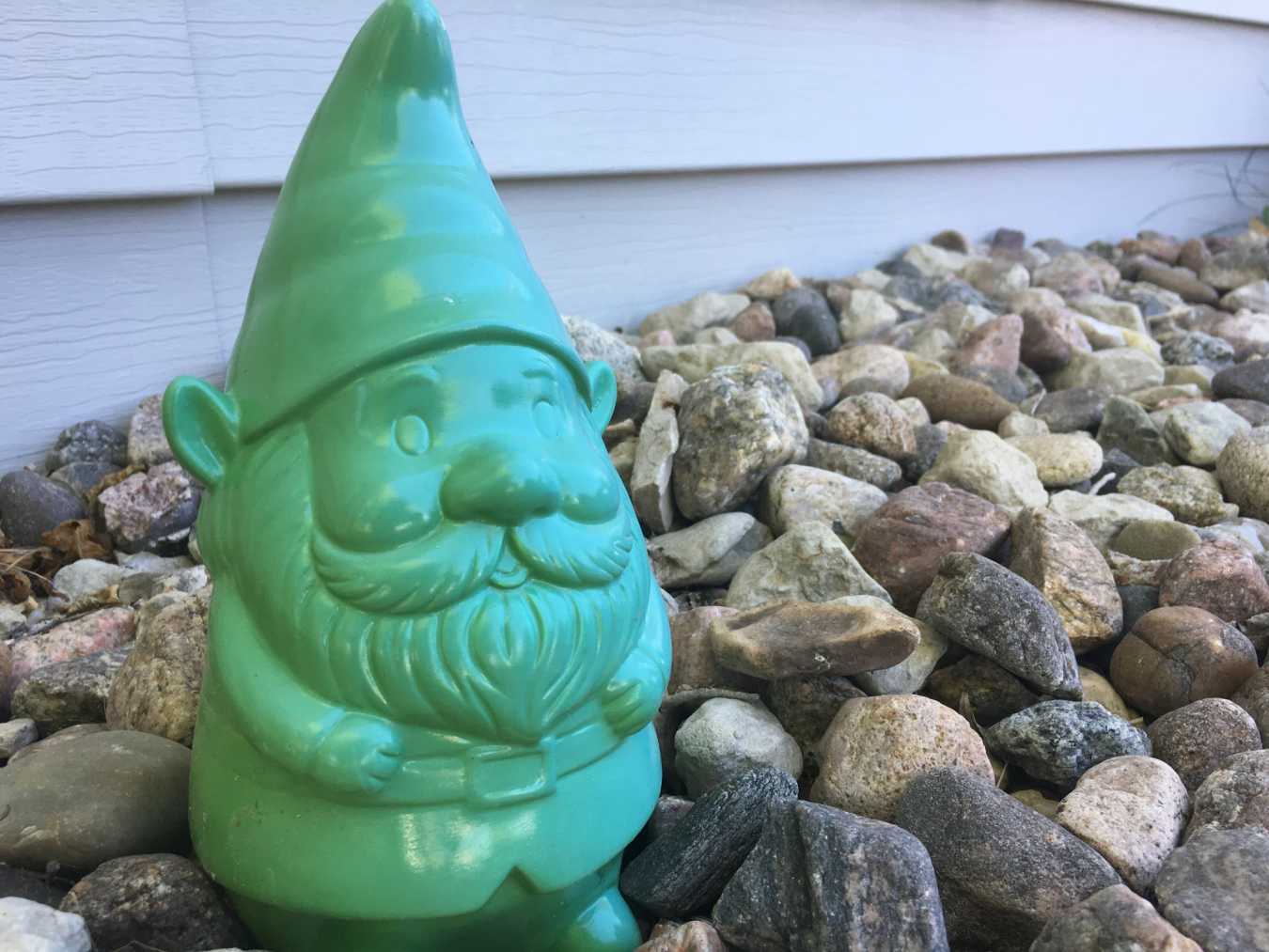 The Injustice of Grace

Back in chapter 16 of Luke after Jesus teaches the parable of the sower, he tells the disciples that he teaches through parables so that, “Looking they may not perceive, and listening they may not understand” (Luke 16:9).

After a quick read of the parable of the dishonest manager, I can feel the struggle. I look at the words, but can’t perceive the meaning. I can listen to it being read, and I don’t understand.

Do you feel that way at all?

Perhaps most upsetting (at least to me) in this parable is verse 9: “And I tell you, make friends for yourselves by means of dishonest wealth so that when it is gone, they may welcome you into the eternal homes.”

That sounds nothing like the Jesus who sent the apostles out with virtually nothing to make disciples of all nations.

How are we to sift through this perplexing parable and reconcile what we find with the rest of the words of Jesus in the Gospel of Luke, and elsewhere?

First, I want us to keep in mind that parables are not allegories. Any attempt we might make with this parable to say “the rich man with the dishonest manager” is God, or “the dishonest manager is Jesus,” will leave us floundering. Certainly, there are bits about the rich man that remind us of God, and pieces about the dishonest manager that remind us of Jesus, but do we believe Jesus is dishonest? Do we believe the Father is angry with Jesus for squandering the inheritance? No. The fact that this parable cannot be neatly interpreted as an allegory is part of why this parable is preached on with such fear and trembling, and it is probably a large part of the reason why it hasn’t become a favorite parable taught to children in Sunday School.

But, I actually think that is precisely why Jesus tells this parable when he does. After three feel-good parables about lost things being sought out and found – the lost sheep, the lost coin, and the lost brothers – Jesus throws a curve ball at his disciples.

He tells them a story that seems to fly in the face of everything he has just said. We know from the verses that follow that the Pharisees were angry about this parable. We are not told how the disciples reacted, but I would not be surprised if they were equally upset.

It reminds me a little bit of a well-known riddle. Perhaps you’ve heard it. The riddle says: “A father and son are in a horrible car crash that kills the dad. The son is rushed to the hospital; just as he’s about to go under the knife, the surgeon says, “I can’t operate—that boy is my son!”[1]

How can that be? Now, perhaps you’ve heard this riddle before and know what the answer is, but the first time I heard it, I couldn’t figure it out. When someone told me that the surgeon was the son’s mother…I was so embarrassed! How had I not thought of that?

Nothing reveals our biases, our hopes, our dreams, and our shortcomings quite like a good story.
And Jesus knew that.

Because here’s the thing: none of us have a monopoly on grace. Just when we become assured that we’re resting safely in the grace of God, we are reminded that God’s grace is also being extended to those we least expect. Every time we are assured of God’s love for us, we are also reminded that God’s love is also for “those people” we may not really care for.

Or, as Rev. Nick Scutari said it so well, “The scandal of grace is that it was originally meant for ‘others,’ because at one point, we were all ‘others.’”

The parable of the dishonest manager begins with a crisis for the manager. He had been squandering property that did not belong to him. He knew he was in for it, and so he took a risk. He decided to meet with those who owed the rich man money, and he reduced their indebtedness. The thought behind it was that, even if the manager lost his job, the people whose debts he had reduced would be so thankful that they would take him in so that he wouldn’t be on the streets. He was merciful with money that did not belong to him so that he could receive mercy that he did not deserve.

Jesus tells us to go and do likewise.

I wonder if Jesus might have been telling the disciples – and us – that we have a treasure that is not ours. We have not always done well with it. We’ve squandered it. But, when faced with that reality, God wants us to show mercy and generosity to others – even with a treasure that doesn’t belong to us! And somehow, doing that brings to reality a little bit of the kingdom of God on earth.

Interestingly, in the Gospel of Matthew, the parable of the lost sheep is followed up by a teaching about forgiveness, and then a parable about a servant who was not merciful. The master had forgiven the servant’s indebtedness, but the servant refused to forgive those who were indebted to him. The servant should have been merciful as the master was, but instead was merciless.

In the parables of lost things in Luke – sheep, coin, brothers – we often focus on what was lost being found. Maybe because that part gives us hope. We can never be so lost that we can’t be found, and God is the type who will not stop until God finds us. This is all true. But, I wonder if we would do well to shift our focus from our being found to the mercy and love of God. God does not owe it to us to find us, and yet chooses to go searching anyway.

When we look at these parables in this light – in light of the mercy of God – perhaps things will begin to make some more sense. The rich man would have absolutely been within his rights to punish the steward for not only squandering his property but also erasing much of the debt owed to him on the steward’s way out the door. I wonder if, perhaps, the steward’s wisdom wasn’t only in trying to secure himself a place to stay, but also because he knew what kind of a merciful man he worked for. And so the steward acted mercifully towards the debtors. The rich man recognized the mercy, and commended the steward for it.

Sometimes the headings in our Bibles help us out. They summarize the content that follows, and they help us interpret the stories we are reading. But, in this case, I wonder if the heading leads us away from the good news Jesus was teaching. Perhaps what Jesus was teaching wasn’t so much about the dishonest manager, but about the abundant, unexpected, grace and mercy of God that offends our sensibilities. The dishonest manager should have been disciplined, or at least received a stern word – if we want to go by what tends to happen in our world. Instead, mercy is extended to the manager…to the debtors…and perhaps God’s mercy extends to us…and to whomever it is that we have “othered” in our lives.

In 1993, Mary Johnson lost her son after a fight between her son and another teenager – Oshea Israel – ended when her son was shot and killed. Like most of us probably would, Mary wanted answers, and so she went to visit the person who had shot her son in prison. In an interview, Mary and Oshea talked about that first meeting. Mary had collapsed to the ground in tears upon seeing Oshea, and he instinctively embraced her “like I would my own mother,” he said. It was at that moment that something profound happened. Mary said this, “And that’s when I began to feel this movement in my feet. It moved up my legs and it just moved up my body. When I felt it leave me, I instantly knew that all that anger and hatred and animosity I had in my heart for you for twelve years was over. I had totally forgiven you.”

Her forgiveness and mercy were unexpected. Even more unexpected was that her forgiveness changed something in Oshea. Oshea said to Mary, “I admire you for your being brave enough to offer forgiveness, and for being brave enough to take that step. It motivates me to make sure that I stay on the right path.” He was moved to live with mercy and love because of the mercy and love shown to him. Her mercy propelled him to live a life of mercy. They now live next door to each other in a duplex, and now Mary calls Oshea “son.”[2]

The kingdom of God is like the year of Jubilee – the year of cancelled debts and forgiveness – has been ushered in and will never end. We’ve been shown unexpected grace, and are sent forth to show unexpected grace, and that unexpected grace will multiply and change the world…until it will always be true that God’s will is done on earth as it is in heaven.
——————————————————————————
[1] A Riddle Reveals Depth of Gender Bias – https://www.bu.edu/today/2014/bu-research-riddle-reveals-the-depth-of-gender-bias/
[2] You Killed My Son and I Forgive You http://www.thedailybeast.com/articles/2013/10/23/you-killed-my-son-and-i-forgive-you.html