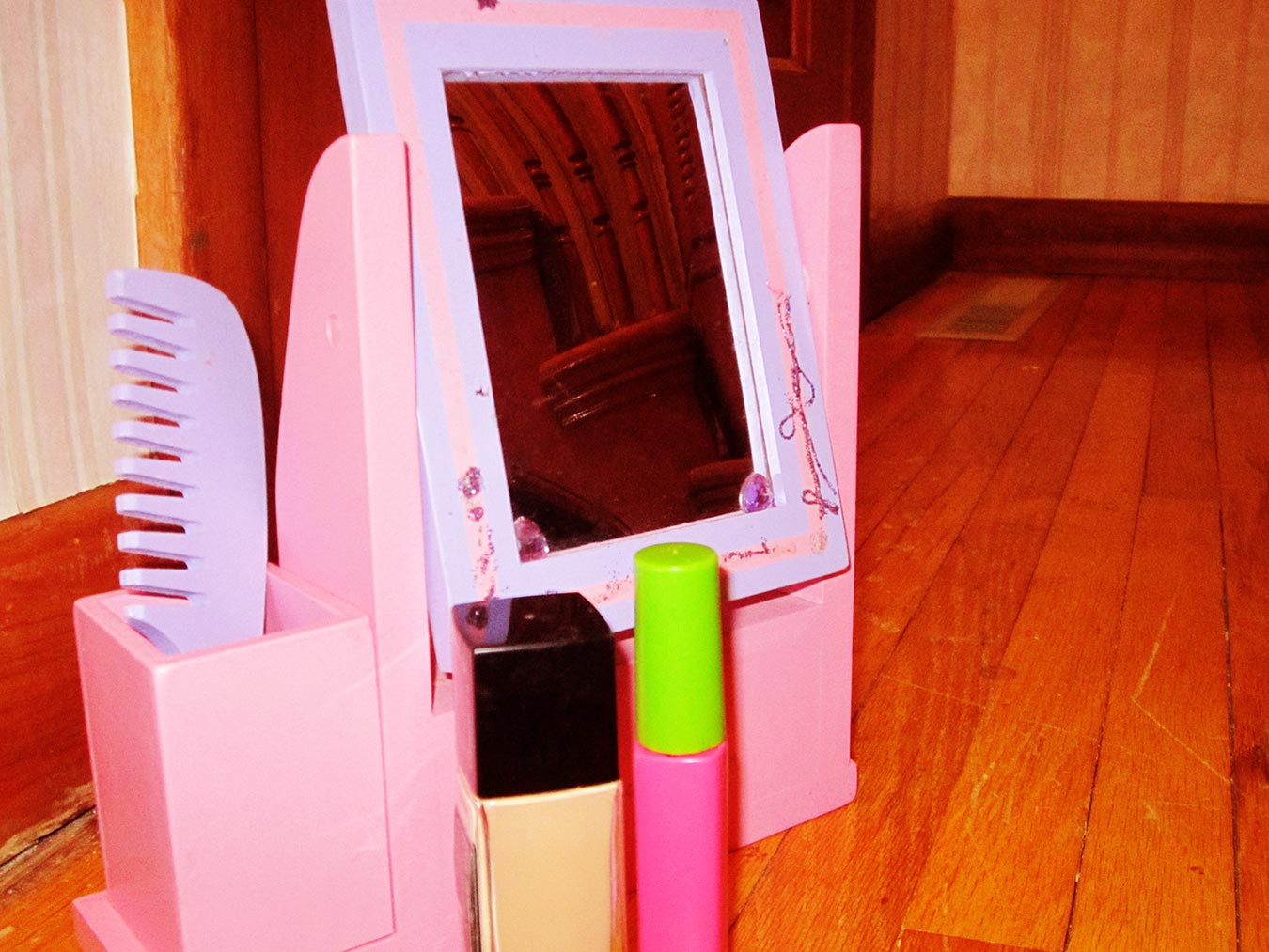 On Wednesday afternoon, I took my four-year-old daughter to the “big city” for her dance pictures. Her dance teacher has studios in multiple locations, and the pictures were held in the studio that had the best dressing room space available.
As a first time “dance mom,” I had no idea what to expect. I had both costumes and all the bows and accessories (along with myriad hair clips, bands, brushes, and safety pins). I clutched the letter from her dance instructor nervously, as though it was the instruction guide my life was depending upon.
I held my daughter’s hand as we walked through the slushy parking lot, my free hand overflowing with bags and my over-sized “mom purse.” We walked into the main entrance and followed some other girls and their moms to the dressing area. There were several rooms available, and as the first group scheduled for pictures that day, we had our pick of where to hang costumes and start getting ready.
Other girls in my daughter’s dance class started arriving. Many of them had their hair already done up, and several of them were already donning their make-up. I had brought light make-up, mostly because I was a rookie and had no idea what to expect, but also because my daughter is four-years-old and really doesn’t have any blemishes to hide. I saw the other girls ready and sparkling, and realized we were under-prepared. I was under-prepared. I nervously flipped through the letter from the dance teacher. “A little make-up would be good.” I misinterpreted what “a little” meant.
I got my daughter into her first costume – a sweet little ballet dress with a pink and black skirt. She looked darling. I patted on some very light powder foundation, put on some soft blush, and used a little pink, sparkly lip gloss. I stared and admired my sweet girl. So strong. Such poise. She had learned and grown so much through this year of dance. And then she brought me back to earth with a crushing blow.
She pointed to the other girls. “Momma, look. I’m not beautiful.”
Wait. What? I have tried so intentionally since the day my children were born to keep my internal critic to myself. I don’t comment negatively on my own appearance in front of the kids. I make sure to let them take unflattering pictures of me with their kiddie cameras. I build them up for things other than how they look.
My daughter is smart. She is funny. She is creative. She is strong. She has more self-determination and independence at four-years-old than I have had in my thirty-two years of life combined. She doesn’t succumb to pressure from kids who do things differently. And, she’s beautiful. Beautiful on the inside, and beautiful on the outside.
But she looked at the other girls, and told me she didn’t think she measured up. Somehow, at four-years-old my child has already learned the ability to put herself down. She has looked into the eyes of girls her own age and seen competition rather than friends. She has already placed far more importance on looking a certain way than I ever thought possible for a preschooler.
But why? Was it something I communicated – even non-verbally – as I dressed myself each morning? Was it something she saw on television, or something she overheard at school?
What happened to my little girl that set in motion the never-ending quest for physical perfection so early that her childhood seemed to be skipped over?
I don’t read fashion magazines. I wear almost no make-up. I was always a sporty tomboy growing up. It wasn’t until I started having an interest in boys that I started to worry about how I looked. I was closer to ten or eleven years old before it even occurred to me that how I looked might matter to someone.
And my heart breaks that my daughter has already started the negative self-talk. I’m thankful she said it out loud, because then we could talk about it. I praised her for who she is: for her kind heart, for her selfless love, for her generosity to others. I told her that she’s beautiful inside and out, and that she doesn’t need make-up because her little face is precious the way it is. She voiced her insecurity out loud, but how many don’t? How many are only thinking it?
Oh, sweet girl of mine, you are so beautiful. You are beautiful in all the ways that matter – in the way you love others, the way you never give up even when you don’t get something right the first time, the way you imagine possibilities and solutions I had never thought of, the way you ask just the right questions when they need to be asked. Whether you are wearing lots of make-up or none at all, that beautiful heart of yours shines through. You are captivating. You are inspiring. You are beautiful. Never, ever forget that.