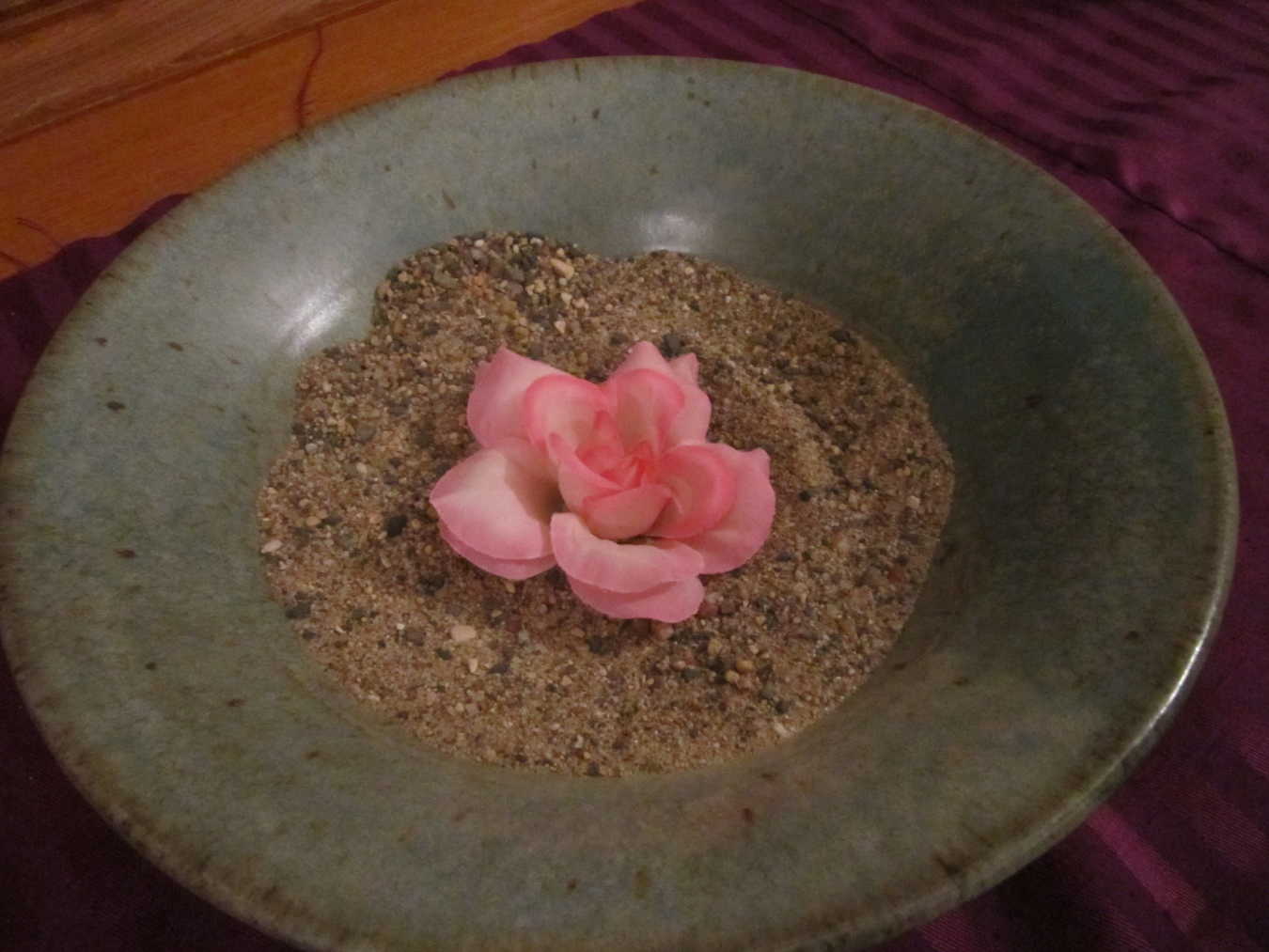 Suffering, Lament, and the Temptation of Jesus – Mark 1:9-15

Mark’s account of the temptation of Jesus in the wilderness is startlingly brief. It is all of two verses long. Jesus is baptized by John in the Jordan, the Spirit descends like a dove, and then that same Spirit drives him into the wilderness. Unlike Matthew and Luke, Mark does not tell us exactly what the temptation of Jesus looked like. We aren’t told what convincing arguments Satan gave, nor are we told how Jesus responded to those arguments.

But, none of this is surprising when we consider how brief and straight-to-the-point Mark is all throughout the book. The Gospel of Mark is known for including few details, Mark’s frequent usage of the word “immediately,” and for being action-packed and non-stop. Jesus is tempted for forty days in the wilderness, but Mark doesn’t give us much insight into what those forty days looked like.

The only details we are given are the location – the wilderness; the duration – forty days; who was there – Jesus, Satan, the wild beasts, and the angels. That’s it. But this story is so important to the journey Jesus made during his earthly ministry, that Mark places it right near the very beginning of the book. Jesus’ earthly ministry kicks off immediately after his baptism and temptation.

Even though the details are sparse, there is so much that could be said about this passage, and even more questions that could be asked. Does the presence of the wild beasts with Jesus remind us of the Garden of Eden and Jesus as the second Adam? What temptations did Jesus face? When the angels waited on Jesus, what did that look like? Why would the Spirit that had descended on Jesus during his baptism drive him out to be tempted? Some of these questions and wonderings are addressed with more detail in the Gospels of Matthew and Luke, and some are not. But the main question that stands out to me in this passage is: why did Jesus need to be tempted at all?

A connection is often made between this passage and Hebrews 4:15, which says, “For we do not have a high priest who is unable to sympathize with our weaknesses, but we have one who in every respect has been tested as we are, yet without sin.” And we can take comfort in knowing that even Jesus endured temptation. It’s not just us; we are not alone.

But, recently I read the book Rejoicing in Lament, which is a book written by J. Todd Billings, one of my theology professors at Western Theological Seminary. At the age of 39, Billings was diagnosed with a rare and incurable cancer. This incredible book reflects on his journey from the time of diagnosis through harsh treatments and stem cell transplant. Currently, Billings is in remission, but the doctors have told him to expect that the cancer will return at some point down the road.

In Rejoicing in Lament, Billings takes a look at the psalms of lament and the way the psalmists prayed to God in the midst of their trials. In his chapter on the mystery and providence of God, J. Todd Billings takes a look at the psalms of lament, and he connects them to the book of Job. Throughout the book of Job, Job’s friends tell him that his suffering must be because he had some unconfessed sin in his life. We know from the beginning of the book of Job that Job’s suffering was not because he had sinned, yet even still, when Job has an opportunity to state his case in the presence of God, he is given no answer for why he has had to suffer.

The psalms of lament are very similar. The psalmist cries out to God and asks for relief from suffering, but as Billings writes, “the vast majority of lament psalms do not assume that God is punishing or disciplining for sin through the suffering. Why does the lamenting psalmist suffer? For no reason accessible to the psalmist.”1

Throughout the Old Testament, and into the New Testament, many people believed that the righteous would live good, long lives, and that suffering was something reserved for the wicked. The psalms remind us that we cannot be so quick to assume. Job teaches us that life is not this clear cut – though sometimes we do bring suffering on ourselves because of our choices, many times we do not. The presence of suffering does not indicate that the suffering person has done anything to deserve it, and we should never assume that it does.

From the very beginning of the book, we learn that Job did not do anything to deserve the suffering he is about to endure. And, as the reader, we need this information because as soon as suffering befalls Job, there will be people accusing him of having done something to deserve it. Because of commonly-held beliefs about good and evil – that good people get good things, and evil people get evil things – we need the assurance that Job’s suffering was not something that he deserved. He was a good man who suffered for what seems like no reason.

Before Jesus comes to Galilee to begin his earthly ministry, he spends time in the wilderness. He is tempted for forty days. He was there among the wild beasts. And afterwards he was attended to by the angels. Though all of this seems like a rocky beginning, we know that the road Jesus walked would continue to be difficult. And as we are journeying with Jesus during this season of Lent, we know that Jesus is journeying toward the cross.

We know that he will suffer, and he will be abandoned by his friends. We know that he will pray in the garden, “Father, if you are willing, remove this cup from me; yet, not my will but yours be done” (Luke 22:42). Even though we are at the beginning of the lenten journey, we know where the journey is headed. The Gospel writers want us to know one thing clearly: Jesus did not suffer for any fault of his own.

This is one reason why Jesus was baptized by John. John knew that Jesus did not need to be baptized for the forgiveness of sins. In Matthew 3, we read, “John would have prevented him, saying, ‘I need to be baptized by you, and do you come to me?’ But Jesus answered him, ‘Let it be so now; for it is proper for us in this way to fulfill all righteousness.'”2

And in our passage from Mark, right after his baptism, Jesus is whisked away into the wilderness. He faces temptation. He endures for 40 days. And then he begins his public ministry. Jesus was tempted, just as we are. We are not alone. And, Jesus did not suffer for any fault of his own.

In this broken and fallen world, suffering is everywhere. We can’t escape hearing about suffering when we turn on the news. And, closer to home, we know so many people who are suffering. And at times we have suffered, too. Perhaps we are suffering now, whether what we are suffering from is something that is seen or unseen. The temptation of Jesus in the wilderness should serve as a road sign to us, as a stark reminder that we cannot look at suffering people in the world and try to connect the dots from sin in their life to the pain they are enduring.

Quite simply, when it comes to the question of why there is suffering in the world, we do not have the answers. We are not God. As J. Todd Billings puts it: “Ultimately, we need to admit that we don’t know God’s reasons for permitting evil. It is beyond the realm of human knowledge, and that is part of our creaturely condition.”3

But if the temptation of Jesus in the wilderness teaches us nothing else, it must teach us that there is not a clear cause-and-effect between our own sin and the suffering we endure. “But,” as J. Todd Billings continues, “there is one thing that Christians know without a doubt: that suffering and evil require our compassionate response. The present world of suffering is not the way that things are supposed to be. Such unjust suffering is a scandal, and we should cry out to God in our hearts and with our compassionate action.”4

After the temptation of Jesus, he went into Galilee. He called disciples to follow him, and he began to cast out demons and bring healing to those who were in need of it. As we walk our own lenten journeys wherever our steps may lead us, may we be assured that we are not alone. We are following in the footsteps of one who can sympathize with us in our weaknesses. We follow one who suffered unjustly, and we follow in his footsteps as he worked to bring healing and compassion to those who needed it most. May God bring us out of our comfort zones,  and propel us in the power of the Holy Spirit to seek out those on the fringes and margins of society with the healing and redeeming love of God.

*A link to my review of the book Rejoicing in Lament

1Rejoicing in Lament: Wrestling with Incurable Cancer and Life in Christ, p. 57.