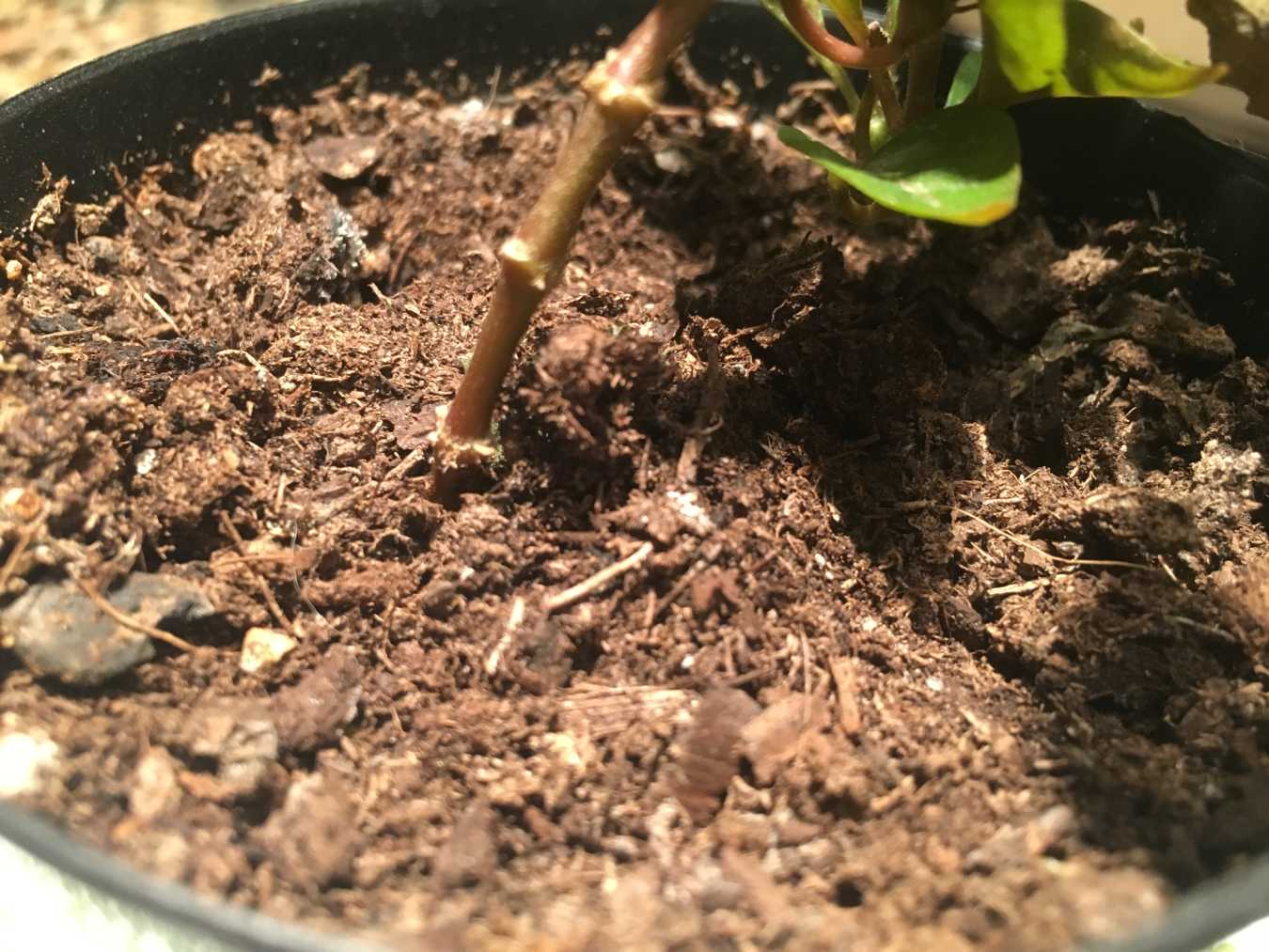 I love to bake bread. And, I really love to bake bagels. I went through a phase a while back where I was making bagels almost weekly, and I was experimenting with all different kinds of flavors – jalapeno cheddar, cinnamon raisin, everything bagels, and even apple cheddar bagels. There’s something about the process of bread making that soothes my spirit. I think part of it is that it can’t be rushed. Every step takes as long as it takes. I also think part of it is that you’re required to get your hands into that sticky mixture and knead it. Bread making is soul work in the kitchen.

But, almost every time I talk about making bread, someone will chime in that they want to make bread but are afraid of working with yeast. Maybe some of you feel that way, too. Yeast isn’t like the other ingredients we bake with most of the time in that is has certain requirements in order for it to work out the way we need it to. If the water you use is too hot, you kill the yeast and your bread won’t rise. If the water isn’t warm enough, it won’t rise at all, or will rise so slowly that you won’t get the desired result. If you don’t have enough sugar or another catalyst, the yeast won’t behave the way you want it to (especially if you are making a fluffy bread). And without salt, there is no chemical reaction to keep the yeast from rising more than it should.

And so we jump into our passage from Matthew 5, and we look at verses 13-14, two well-loved verses in the New Testament: “You are the salt of the earth; but if salt loses its taste, how can its saltiness be restored? It is not good anything, but is thrown out and trampled under foot. You are the light of the world. A city on a hill cannot be hid.” You are the salt of the earth and the light of the world. But what does that mean?

Let’s take these metaphors one at a time. “You are the salt of the earth.” Salt. The Greek word that is translated as “salt” refers both to a seasoning and a fertilizing agent. This verse could just as well read, “You are the fertilizer of the soil,” which feels different and earthier than the more familiar translation about salt. If you’ve ever sprinkled salt on your sidewalks to help the ice to melt, you may have taken care not to get it on the grass. Too much salt and the wrong kind of salt can be detrimental to plants. But, there are many other forms of salt that are beneficial fertilizers. Many plant woes can be helped along with some Epsom salt, and many fertilizers you can purchase contain salts that promote plant growth.

In Jesus’ day, there were many kinds of salt that were used for fertilizer, some of them more potent than others. Some of those fertilizing salts would retain their healthful properties despite rain and other bad weather. Others dissolved more quickly, and were eventually useless. After teaching the Beatitudes to the crowds, Jesus moves from the sphere of abstract thought to something much more concrete and tangible – salt. Be salt. Jesus calls us to live in such a way that we are contributing to the perfect growing conditions for the seeds God is sowing – seeds of love, justice, kindness, and the like. Like the hymn says, “Lord, let my heart be good soil,” and even more than that, may we be actively engaged in spreading that good soil everywhere we go in the small stuff of our lives.

We are the fertilizer of the soil, and we are the light of the world. Every time I read this verse, it takes my breath away. If you remember, Jesus says the same of himself in the Gospel of John. Jesus said, “I am the light of the world. Whoever follows me will never walk in darkness but will have the light of life” (John 8:12). After calling people the salt of the earth, he calls them the light of the world. “No one after lighting a lamp puts it under the bushel basket, but on the lampstand, and it gives light to all in the house. In the same way, let your light shine before others, so that they may see your good works and give glory to your Father in heaven” (Matthew 5:14-16). Light gives light. That’s what it does. That’s it’s purpose. Why would we light a lamp if we didn’t want the light to shine? Jesus urges us to be who we are in Christ. Jesus is the light of the world, and we are to live like little lights, little Christs, because that is who we are at our most fundamental selves.

This week I came across a story about a conversation between two men. One of the men was disputing the other, and when nothing could convince him, they had this exchange:

“How many legs does a cow have?” asked the first.

“Four, of course,” the disputer replied.

“That’s right,” agreed the first. “Let’s suppose we call the cow’s tail a leg; how many legs would the cow have?”

“Five, of course,” the disputer said with confidence.

Jesus said we are the light of the world. That’s who we are. And what does light do? It shines. It does not exist for its own benefit, but for the benefit of others. It does us no good to keep the light to ourselves because when we do that, we’re not doing what light does.

We are the salt of the earth – the fertilizer of the soil – called to invest ourselves in this world and in the people around us so that others can grow and flourish.

We are the light of the world – shining lamps giving light to the house – called to follow in the footsteps of Jesus in the way that we live.

But, then we come to the last verse: “For I tell you, unless your righteousness exceeds that of the scribes and Pharisees, you will never enter the kingdom of heaven.” Ouch! Is Jesus telling us we need to keep the law better than the best? Is Jesus teaching us that we are saved by the good works we do? I don’t think that’s it. The word that is translated “righteousness” is a word that means a kind of right living that is seeking justice. It has a focus on actions that lead to redemption and wholeness. In other words, when we live like Christ calls us to live – by being fertilizer for the soil and light for the world – we are participating in a movement of God’s kingdom of restoration and reconciliation. It is a kind of living that is inherently other-centered. It’s a “thy will be done on earth as it is in heaven” kind of living.

We have the opportunity every day in all that we do to be salt and light. Therese of Lisieux was known for her “little way of childhood.” She believed that we should not have to be afraid of a God who chose to come to us as a little child, and instead we should seek to love and serve God through the smallest and simplest acts of our daily living. We accomplish this through service, through love, through charity, in the smallest and most menial of tasks. Rev. John F. Russell said this of Therese of Lisieux, “Her life sounds so routine and ordinary, but it was steeped in a loving commitment that knew no breakdown. It is called a little way precisely by being simple, direct, yet calling for amazing fortitude and commitment.”2

Or, as Gandalf said to Galadriel in the movie “The Hobbit: An Unexpected Journey”:

“Saruman believes it is only great power that can hold evil in check, but that is not what I have found. I have found it is the small everyday deeds of ordinary folk that keep the darkness at bay… simple acts of kindness and love.”

The Belhar Confession, which was written in the wake of Apartheid in South Africa and was recently adopted as a confession by the PC(USA) and as a Standard of Unity in the Reformed Church in America, says this:

and through Jesus Christ; that the church is called to be the salt of the

earth and the light of the world, that the church is called blessed because it

is a peacemaker, that the church is witness both by word and by deed to

the new heaven and the new earth in which righteousness dwells.3

Right before Jesus taught about salt and light, he taught the crowd the Beatitudes. The Beatitudes are a framework that helps us understand what it means to live like Christ in our decisions every day. Are our actions promoting justice? Are we seeking peace – true peace, and not just the absence of conflict? Are we mourning with those who mourn? Are we hungering and thirsting for the righteousness – the justice – of God’s kingdom?

1 Adapted from a Bits & Pieces story

2 St. Therese and her “Little Way”

3 For full text of the Belhar Confession